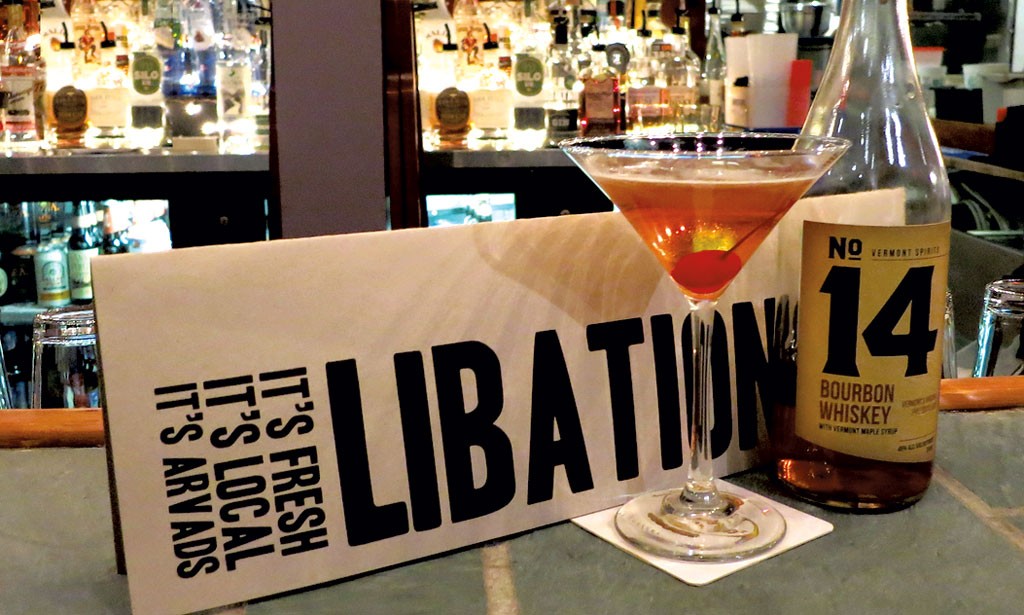 After a week of closure for renovations, Arvad's Grill and Pub reopened in Waterbury with a fresh new look — and changes to the menu. The restaurant is in the midst of celebrating its 25th anniversary on Main Street.

Though the restaurant has evolved over the years, Jeffrey Larkin, who co-owns it with his wife, Maryanne, says this is the most significant update in decades. The $40,000 renovation encompasses new paint, a redone bar area and small tweaks in the dining room.

On the menu, chef Justin Dorney has continued the Arvad's tradition of sourcing locally, but he's shifted the focus from pub fare to the grill. The restaurant now offers a variety of steaks, including tenderloin, filets and ribeyes, in addition to its beloved Boyden Farm burger, which is now available with a bottomless side of hand-cut fries. At the bar, bartenders are now pouring 100 percent Vermont craft brews and mixing specialty cocktails with Vermont-made spirits. Larkin says the restaurant will host a grand opening celebration on January 15.

This Thursday, St. Albans' 14th Star Brewing is taking the plunge — into cans. Using the mobile Iron Heart Canning, owner Steve Gagner and his brew crew will host a can-release party and food drive benefiting the Vermont Foodbank at their new Main Street brewery. Visitors must bring at least one nonperishable food item to be admitted. Once inside, they'll find the first-ever cans of 14th Star's Tribute Double IPA and Maple Breakfast Stout, and a limited number of Gallantry pale ale cans, in addition to the brewery's usual growler fills. Beer fans who can't make the release party, fear not: The brewery will ship thousands of cans to retail outlets statewide later this week through Farrell Distributing.

Need some tunes with your late-night maki? Starting this week, Burlington's Bento will serve sushi until 2 a.m. Thursdays through Saturdays, accompanied by music and drinks. Co-owner Chris Russo has added a back room to house both more seating and space for bands and DJs.

On Thursdays, Russo will spin classic vinyl under the moniker of DJ Bruce Ruce, and says he may break out the guitar for Johnny Cash covers. On Friday, he'll welcome musicians to an open improvisation jam. On Saturday, hip-hop and reggae will be paired with sake and miso soup.