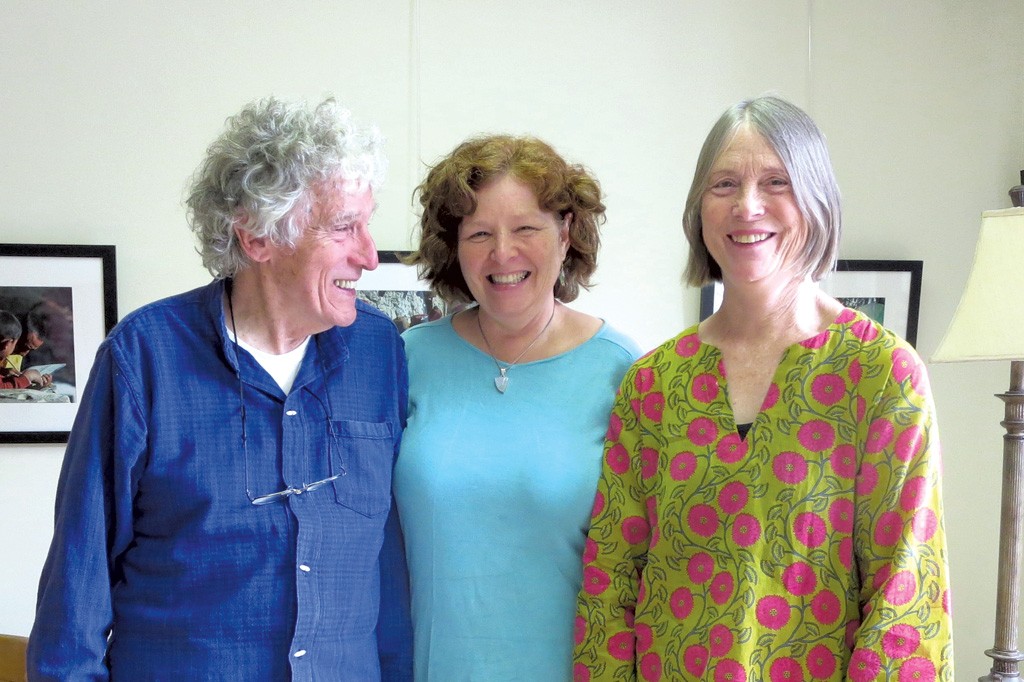 In the arts pecking order of Vermont towns, Bristol is a bit of a bedroom community for Middlebury, which hosts major music and theater events at its college arts center and Town Hall Theater. In the opinion of Bristol-based pianist Cynthia Huard, the easy drive has made Bristol residents into "consumers" of the larger Midd scene.

So Huard and two Bristol friends, the theater couple Diana Bigelow and Jim Stapleton, decided to start a homegrown arts series that not only brings their town's residents together but upends the whole consumer model for the arts. They're calling it the Bristol First-Sunday Salon Series.

Yes, a salon — that is, a sharing of performances, ideas, conversation and refreshments among a small group of people in an intimate room, with no obligation to pay. The salon will take place the first Sunday of every month, beginning with an evening of folk, jazz and classical music on September 7.

"It's like the 17th-century salons, minus the costumes," says Bigelow, taking a seat in one of the comfy chairs she and her fellow salon founders have pulled into a circle in their chosen room — the WalkOver Gallery and Concert Room, above the Main Street law office of attorney Karen Lueders. Between its arched front window and small grand piano at the back, the long room can comfortably seat 50.

Even more people filled the room last April to see a staged reading of David Mamet's play Boston Marriage, which Bigelow directed. Huard recently accompanied a singer there to a similarly packed crowd.

"It was a great atmosphere, with lots of people I'd like to know," recalls Huard, who already knows a good many through her longtime status as affiliate artist at Middlebury College and artistic director of the Rochester Chamber Music Society, a free summer concert series in that town. "I turned to Diana and said it would be great to do something like this on a regular basis with people who are interested in the arts."

Bigelow and Stapleton helped found the village theater group the Bristol Gateway Players soon after they moved to town five years ago from Washington State. When Bigelow suggested the series idea to Lueders — who is also a classically trained pianist — Lueders brought up the salon model.

"I said, 'Don't think I'm being pretentious here, but I've always wanted to have a salon where people talk about political ideas and the arts,'" she recalls. Bigelow loved the idea, and she and Stapleton, who has written plays about Aristophanes, Walt Whitman and an imagined meeting between Emily Dickinson and Henry David Thoreau, went online to learn the history of salons.

While they originated in French high society, Bigelow explains, salons "later became open to the bourgeoisie and then the proletariat. They became very open to the public."

"We're trying to recreate that, but it depends on the people, the participants," Stapleton comments.

This Sunday's salon features three 20-minute performances, by father-son fiddle-guitar duo David Gusakov and Nate Wallace-Gusakov; jazz pianist Chuck Miller; and Huard with fellow classical pianist Sadie Brightman and soprano Ali Dawson Gibson. Between them, participants will be asked to talk about "what music makes you think of, what you feel," Huard says.

"It will be interesting to see what dynamic evolves. Will people go off into little groups?" wonders Stapleton.

Salons in October and November will feature theater performances: one-act plays by David Ives and a play by Carol Rocamora based on the love letters of Anton Chekhov and Olga Knipper. December's salon will involve children in a musical program. Future plans include a comedy improv night where, says Bigelow, "we're interested to ask what is funny to you — what strikes your funny bone."

There will be a donation box, but the salon hosts don't plan to compensate themselves or the other performers. Says Huard, "I wouldn't want to, anyway, because I think that would change it. It would be less participatory. It's the concept of sharing" that's important. The series' motto, "Come as you are, pay what you can, say what you think," borrows its first two clauses from the motto of another community-oriented arts group, Scrag Mountain Music, which was started in Warren by Huard's friend Mary Bonhag and her husband, Evan Premo.

Lueders is also essentially donating her upstairs gallery. When she opened it 10 years ago to what she calls Bristol's "rich cultural community, so vibrant and active and interesting," she intended sales from artwork to offset the cost of owning the space. (A photography exhibit by Lester C. Anderson currently lines the walls.) But sales "completely stopped after 2007, 2008 hit. [The gallery] has really become not only a freebie but an out-of-pockety," Lueders says, laughing. "It doesn't work out economically, but it does work out culturally and civically."

The Bristol First-Sunday Salon Series is altogether an act of generosity, but its founders see it differently. "Well, it benefits us, too," insists Huard. "It gets us to be social, and it gives us a reason we have to get together."

"And we get applause," adds Stapleton with a smile. "Which is not an insignificant thing."

The original print version of this article was headlined "Small (Town) Talk: Artists Bring a Salon-Style Series to Bristol"