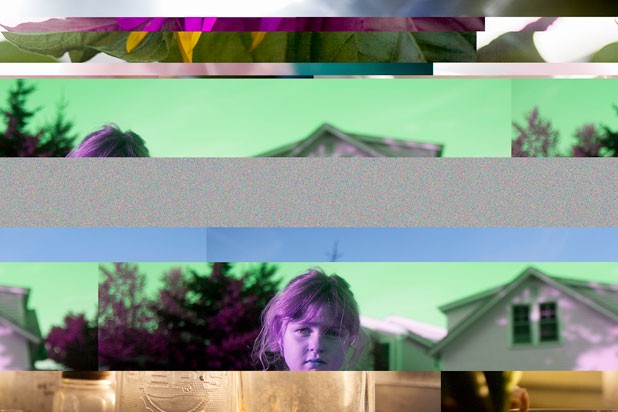 Step into Burlington’s BCA Center on the Saturday Night Fever-style illuminated-glass-brick flooring, and one thing becomes clear: The new exhibit, called “User Required,” is less about What does it mean? than about What does it do? And how?

The floor is mesmerizing. When no one’s standing on it, it flashes a complicated series of color patterns and signals. Step onto it, and the tiles beneath your feet start to glow. Move to the left, and the light moves with you.

The interactive installation is called “Floorish!” and was created by a small team of local programmers and artists led by IBM design engineer John Stanton. Like many of the Vermont artists, engineers, tech geeks and scientists whose projects are featured in the exhibit, Stanton considers himself part of the “maker” movement, a community of amateur and professional tinkerers who blend new and old technology to build stuff, solve problems and, most of all, have fun.

The installation, Stanton explains, is made up of 126 translucent tiles, each with two individually controlled LED units mounted beneath. Two Xbox Kinects are attached to the ceiling above, tracking the movement of people across the floor.

Like many of the projects in the gallery, “Floorish!” is a work in progress. A crowd at the opening reception earlier this month overwhelmed the Xboxes — they didn’t quite track, but the lights still looked cool. Likewise, Jennifer Jacobs’ interactive video projection “Glasshouse” didn’t always work. I spotted the camera mounted at eye level amid the black-and-white cityscape Jacobs had created, but nothing seemed to happen when I stood in front of it. Then a woman lifted her young child up to the camera, and his face appeared in the skyscrapers depicted on the wall. Cool.

Little discoveries abound in this show. I wouldn’t have noticed }hexdump{’s ceiling-mounted pyramid sculpture, “Aegis,” had it not growled a distorted-guitar sound at me as I passed. Looking closely at an illuminated painting on aluminum by Homer Wells, John Cohn and Karen Walkerman called “The Treasure of the Sierra Madre, Curriculum Vitae? We Don’t Need No Stinking Curriculum Vitae,” I noticed a small stack of Cohn’s business cards wedged between the painting and its wooden stand.

It was a shim, Cohn later admitted in classic DIY fashion: “I just grabbed whatever I had.”

Old-fashioned technology is the focus of Jenn Karson’s “The Firehouse Bell Project,” another intriguing work in progress. Beside an ink drawing of the BCA building — an arrow points to “You Are Here” — stands the giant striker that used to ring the firehouse bell before 1950. Karson and BCA staff used climbing rope to hoist the striker down from the bell tower. A reel of 1942 unedited footage from the Meneely Bell Company in Troy, N.Y., where the firehouse bell was made, plays on a loop next to a suggestions station, where gallerygoers can offer input on future uses for the bell.

Ken Howell’s adorable piece cuts right to the chase with an instructive title: “Pet the Good Kitty with the Thimble.” Howell says it all came together on a whim. “I was playing with a timer circuit and a new conductive ink material and found I could create a sound vaguely kitten-like using certain capacitors and thin layers of conductive ink,” he writes in an email. After trying out dozens of combinations to get the sound just right, Howell decided to paint the kittens playing with a yarn ball — digitally, of course, using Photoshop. “To me that summed up this novel approach to electronics,” he writes, “of playing with them as a material in an exploratory way without a specific function in mind.”

When viewers slip a thimble on a finger and stroke a kitten’s back, the image emits what Howell describes as “sculpted electrical noise.”

Rebecca Schwarz’s “Boundary,” a huge, sinuous eyeball made from recycled plastic — Bubble Wrap, K-Cups, Styrofoam, plastic bags, plastic wrap, etc. — interacts on a more subtle level. I didn’t notice until I stepped away that its LED lights were watching and reacting to me.

Stanton writes that the exhibit has been a good reminder to him as an engineer that “the most important thing is how people will experience and interact with your work, regardless of what problems you’re solving.

“It’s interesting to take a step back from the soldering iron and the software algorithms,” he adds, “and think, Hey, this actually looks kinda cool.”

As for that glowing floor, Stanton and co. hope it will become a permanent installation at the gallery. Howell, who was part of the “Floorish!” team, sees the piece as “a gateway to change mindsets and unhinge expectations, preparing visitors for the experience of contemporary art within.”

However you slice it, it sure is fun.

“User Required,” a group exhibit at BCA Center in Burlington through May 18. The Vermont Makers hold their next meet up at the gallery on Thursday, April 25, at 7 p.m. burlingtoncityarts.org