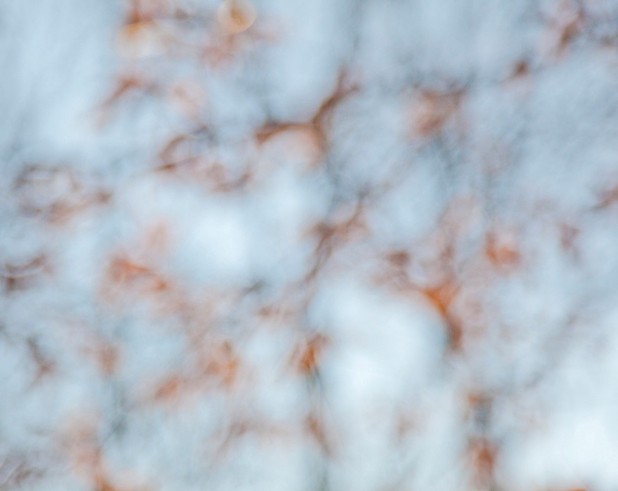 Timothy Jude Smith is not the first person to note the existence of ironically named housing developments, aka suburbs — that is, names that evoke flora or fauna the development has actually displaced. But, as a graduate student in Ohio, Smith began to observe a particular phenomenon: suburbs named after Walden Pond, the rural outpost in Concord, Mass., made famous in the writings of Henry David Thoreau.

Over the century and a half since Thoreau published Walden; or, Life in the Woods, his rustic abode became a revered, uniquely American icon of simple living. Yet it’s not likely suburban developers associate this with the transcendentalist movement that shaped our country’s early literature and philosophy. Talk about a lost ideal.

While most of us simply tut-tut over the modern predilection for paving paradise, artist Smith — now based in Boston — dug a little deeper, embracing Thoreau’s idea that beauty is timeless, all around us and not to be taken for granted. Following that thread, he might have made pretty pictures showing us that, yes, even in the ’burbs, there is beauty to be seen if you really look. But Smith doesn’t make it that easy for us. In his exhibit titled “Wherever There Is a Soul to Admire,” currently at Upstairs at West Branch Gallery in Stowe, the artist instead presents a series of 20 intimate photographs and two videos that challenge viewers to really, really look.

And here, “intimate” means close-up fragments of, say, a thicket, or a patch of color on a wall, modulated by light or shadow. So obsessively ambiguous are these images — many of them intentionally blurry — that you might wonder whether Smith has also taken a page from Aldous Huxley’s The Doors of Perception (written in 1954, a century after Walden). Speaking art-historically, the square images variously belong to the minimalist, abstract-expressionist and color-field camps. But that is not what they are “about.”

In both the natural and built environments, Smith glimpses and frames for us minute details from the four “Waldens” in Ohio, and forces us to see them out of context. Thus from the mundane comes mystery — something Thoreau might relish. But he had a lot of time on his hands. In today’s speedier, less patient, ADHD-riddled world, many viewers will take in Smith’s images for a few seconds, grow bored and move on. Those of a mindful nature may or may not be inclined to practice it in an art gallery.

To be sure, on the surface, there is not a lot going on in Smith’s frames — particularly in the still photography (the video at least has movement). An appreciation for them — and for Smith’s conceptual foundation — requires a focus very much akin to that of meditation. It is necessary to see beyond the literal image before your eyes, as in a mandala.

“Wherever There Is a Soul to Admire” — the title comes from Thoreau — takes off from the naturalist’s idea “that objects and environments in the phenomenal world could themselves become poetry,” writes Smith. “To Thoreau, poetry was no longer a human construction, but a form originating from existence itself.”

And so, with his images standing in for poetry, Smith asserts that all sensory experience in Ohio suburbs is “fundamentally aesthetic” and deserving of our admiration.

It’s hard to embrace this idea completely. Thoreau lived in a time before meadows and prairies were transformed into endless rows of cheaply built, copycat houses with concrete arteries between them. And so both Smith and Thoreau must be challenged on principle: Not everything deserves equal admiration.

That does not mean Smith’s artistic extrapolation is without merit. The artist’s use of a split screen in both video and some of the photographs — pairing identical or differing images — is an intriguing device. While the juxtaposition of two pictures subtly underscores what Smith calls “the limits of both human vision and digital video,” it can also demonstrate to the viewer how quickly the eyes discern barely perceptible variance between images — and, more to the point, how instantaneously the brain receives and interprets this information.

Neuroscience can tell us how our visual cortex works. Phenomenology can help us grapple with consciousness. And Thoreau might have said we have everything to turn existence into poetry — or in this case, art. Smith, it appears, is trying to perform a creative alchemy, distilling bland suburbia to an essence that throws off our preconceived bias. He turns the shameless appropriation of the Walden “ideal” back on itself. Stripping his fragmented images of meaning, Smith leaves us to find our own.

For all the artist’s interest in the 19th-century American writer, his work makes this viewer think of an earlier, British one: William Blake, who in a famous poem mused about seeing “the world in a grain of sand.” Regardless of inspiration, there’s value in a reminder to pay close attention to the world in which we live.

“Wherever There Is a Soul to Admire,” photographs and video by Timothy Jude Smith, Upstairs at West Branch Gallery in Stowe. Through December 29. westbranchgallery.com