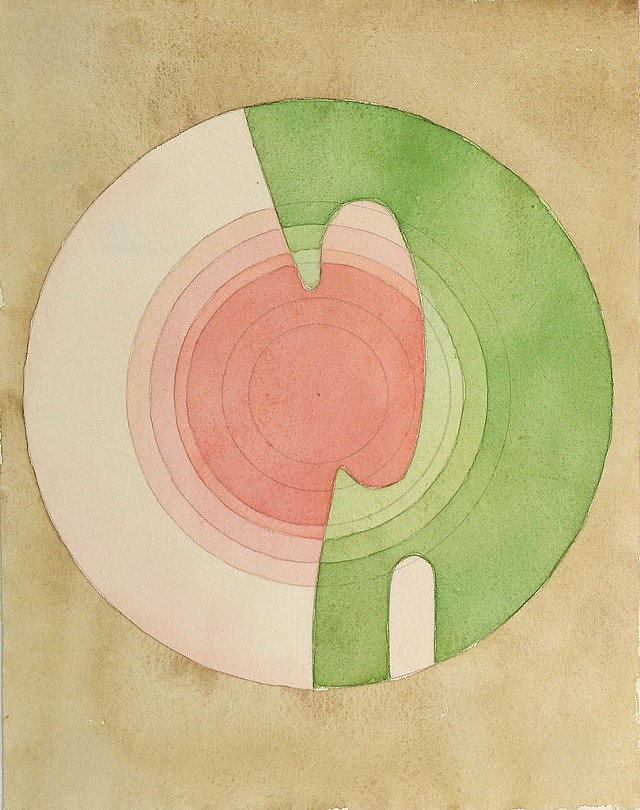 At BigTown Gallery in Rochester, a small exhibit offers a tantalizing glimpse into the work of an artist who pursued her discipline to great depth in relative isolation. "The Geometric Exercises of Helen Matteson" comprises 16 works by the artist. A relative unknown, she was born in Chicago in 1925 and died in Thetford in 2011.

Anni Mackay, BigTown's owner and director, spent two and a half years cataloging Matteson's oeuvre after her death at the request of her family. The artist had left behind approximately 8,000 works, mostly watercolors on 8.5-by-11-inch pieces of paper, all of which were undated, unsigned and untitled. Mackay estimates that Matteson produced most of the work in Vermont, where she moved at the age of 69.

"Almost all of it was very good," marvels Mackay. The curator has cataloged many artists' work but none with such an enormous output, she says. (Her next-largest project was modernist painter Pat Adams' work, at 1,500 pieces.) In the absence of dates, Mackay grouped Matteson's work according to 36 themes: the Dot Series, the Double Circle Series, and so on. While one grouping had only 10 works, most had hundreds; one had 2,400 pieces — "so, a very deep dive," Mackay comments. 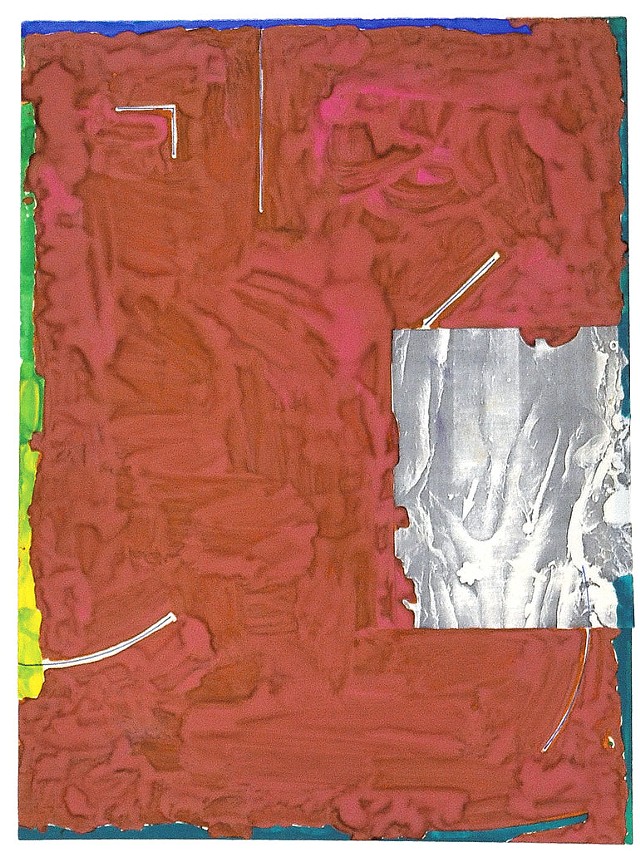 For "Geometric Exercises," Mackay selected works that Matteson likely produced in the last 30 years of her life. They show the artist's facility not just with watercolors but also gouache, collage, and pen and ink. The exhibit also highlights Matteson's wide-ranging experiments with color, from bright and bold on black backgrounds to delicate pastels.

The forms she worked in are solely abstract, minimalist and geometric — but here again she explored an enormous range of spatial and formal expression.

In two works, concentric circles demonstrate a pattern in delicate color gradations while also playing with the form itself: The circles are sliced off on one side by a curvy line or interrupted internally by an organic form in a different color scheme.

In another, gray-and-white-marbled collaged forms float on a background of red among thin bars of greens, blues, teal and orange. One variation on this work foregrounds a red textured surface that has been left bare along slight geometric pencil lines — a partial curve, a short line, a corner. The spatial arrangement is anchored on one side by a collaged block of marbled gray and, along the paper's other edges, streaks of blues, greens and yellow.

Three pen-and-ink works explore the effect of closely drawn parallel lines — perhaps using a ruler — to fill a space or create a form. In one, the lines densely fill an organic shape with a collage integrated into its midsection.

Mackay showed a few of Matteson's works in a group show at her gallery in 2016 after completing the cataloging. (See Rachel Elizabeth Jones' Seven Days review online.) Before that, however, her work was shown only five times, and only in Ohio, beginning with two group shows at the Akron Art Museum and the Cleveland Museum of Art in 1976 and ending with a solo exhibit at the Akron in 1982.

Mackay nevertheless thinks of Matteson as an "outsider artist" — that is, someone who makes art for its own sake without intending to show it. Perhaps the artist had meant to show it early on: After earning a degree in history from the University of Rochester, Matteson moved to New York City and studied at the National Academy of Design and the Art Students League of New York in the late 1940s and early '50s.

Judging from her art, she likely saw work by contemporaries such as Ellsworth Kelly, Ken Noland, Frank Stella, Agnes Martin and Sol LeWitt, comments Mackay. (Josef Albers seems another.) But while their influence is detectable, the curator adds, Matteson's work is like "tantric exercises. It's about the reverence of practice." 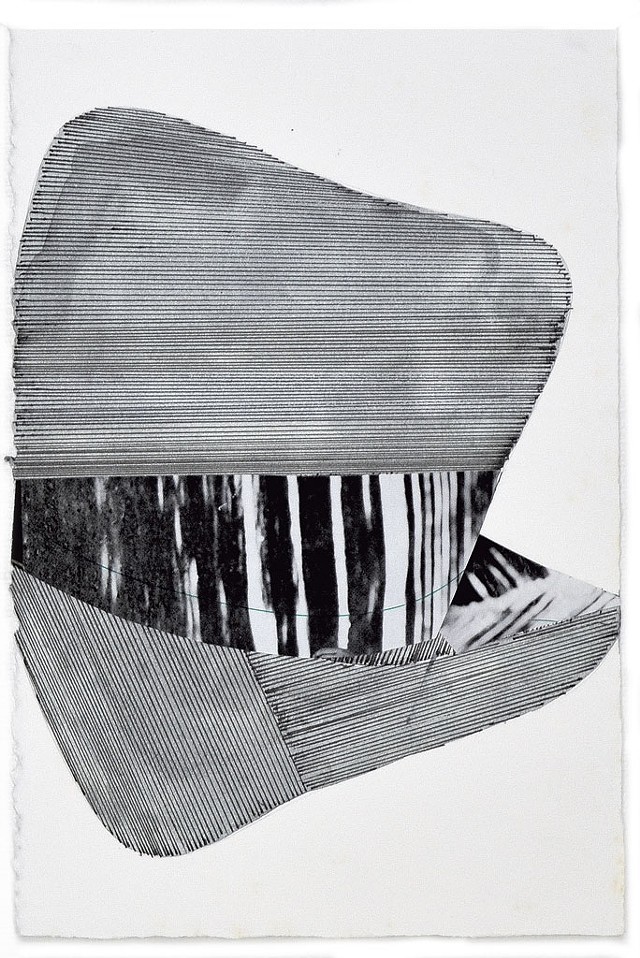 Matteson was married to an artist, Ira, who taught at Kent State University until the couple retired in Vermont, but she rarely shared what she did with her husband, Mackay learned. In their Thetford house, she had her own studio in which Mackay found her art piled on shelves. Her cataloging job made the work a revelation to Ira, and to their daughter, Abigail.

Visitors, too, will see a remarkable mind at work, one that seemed to find no limits — within the realm of geometry, that is. In one summer-evoking work, Matteson used angled spring-green lines to frame a central, roughly rectangular shape of pool blue crossed with more green lines and surrounded by a border of pale peach.

Yet she also filled a piece of paper with an uncompromising black, revealing only a couple of bars of green and blue and a black-patterned, not-quite-square collage. The minimal forms radiate around a center point.

Then Matteson tore the painting out of a spiral notebook — the row of tabs is visible on the bottom edge — and moved on to the next.

The original print version of this article was headlined "A Reverent Practice | "The Geometric Exercises of Helen Matteson," BigTown Gallery"