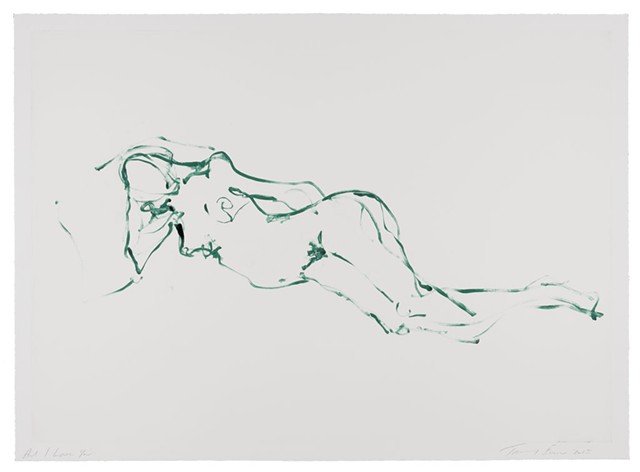 Last week, Stowe's Helen Day Art Center opened "Love Letters," a nine-artist exhibition that, despite what the title might suggest, isn't at all about impending Valentine's Day. The small show exemplifies the acutely intelligent curation that visitors have come to expect from Rachel Moore, who is also the art center's executive director. Moore reimagines the predictable romantic notion of love letters as something unconstrained by expectation.

The expressions of love threaded through the show's 11 works range from self-love to love of nostalgia to loved ones' memorials to — in Moore's introduction — love as a "call to action and a global changemaker."

"Love Letters," too, is multivalent. The show is linked to the statewide exhibition initiative "2020 Vision: Seeing the World Through Technology," a project of the Vermont Curators Group. The "letters" here explore digital and print technology, straying far from traditional written missives.

Herself an artist, Moore holds an MFA from the School of the Art Institute of Chicago. For this show, as she often does, she mined her ties to fellow artists (or their galleries) to bring in works by art-world stars, as well as locally known practitioners. These she pairs for reasons both organic and enlightening; the results are "conversations" between carefully chosen works that might seem unlikely at first glance.

Moore reimagines the predictable romantic notion of love letters as something unconstrained by expectation. tweet this

For instance, a print by Louise Bourgeois (1911-2010), a powerhouse sculptor known internationally for her giant steel spiders, is positioned opposite a video by John Killacky. The former executive director of the Flynn Center for the Performing Arts, he is now a Democratic state representative from South Burlington. In addition to having had a long career in arts administration, Killacky has been a dancer and a filmmaker.

The two artists couldn't seem less alike, in personality as much as medium. Killacky is a gentle, expressive communicator; Bourgeois was known for her "burdened, crazed, aggressive, monstrous, aggrieved, fraught" work, in the words of critic Jill Spalding in the online publication Studio International. Yet Killacky and Bourgeois meet in their ability to process raw emotion — specifically, the complexities of parental love. 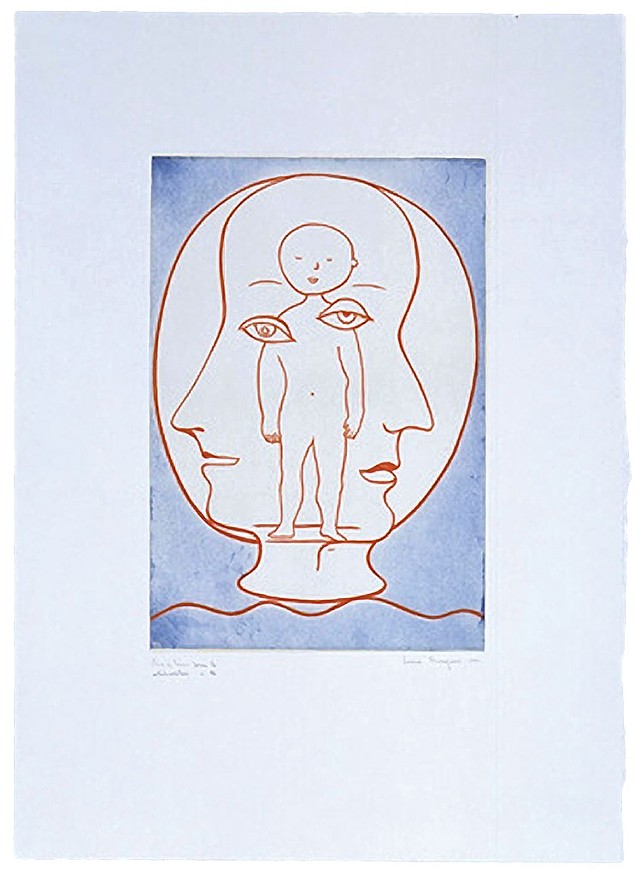 Both works are surprisingly touching. "Self Portrait," Bourgeois' flat-perspective print in drypoint, etching and aquatint, depicts a child in red outline standing inside a Janus-like head that bears the profiles of the parents on either side. The whole is snugly contained within a globe shape on a blue background. Bourgeois created the image in 1940 after the birth of her son and returned to it in the early '90s, trying out numerous colors until she arrived at the artery-like red and tranquil blue.

Evoking a sense of comforting safety, the image also appears to cast the child as a memory in the parents' heads — a memorial that is always part of them. (Bourgeois buried one of her three sons in 1990.)

"Elegies," the video Killacky made with movement artist Eiko Otake, is a kind of generational mirror image of Bourgeois' work that memorializes both his mother and Otake's. Killacky has been making videos, alone or collaboratively, since 1993. In this case, Brian Stevenson, production manager at Vermont PBS, helped produce the nine-and-a-half-minute work. First Killacky, then Otake, faces the camera and speaks directly to his or her absent mother, recalling her dying moments and many earlier memories.

These word portraits — spoken love letters — are deeply moving, revealing as much about the speakers as their mothers. Otake, who left Japan at age 20 and stayed away for 46 years, recalls both her mother's last words and the last ones she spoke to her mother, which she repeats in English and Japanese. "Did you hear me?" she wonders aloud.

Two other artists, Jeroen Nelemans and Robert Buck, engage the smartphone-wielding viewer in the creation of their art.

Moore said that Nelemans' three digital portraits, "Unrequited Love 1," "2" and "3," were her starting point for the exhibit. They depict his high school crushes.

The 45-year-old Netherlands-born photographer, now based in Chicago, happened to be taking installation shots of his work during Seven Days' visit. He explained that his former crushes don't know they are now in artworks; he had to hunt down their photos online. One man had no social-media presence at all.

In any case, Nelemans' method renders the individuals unrecognizable. He ran their thumbnail-size portraits through a high-end scanner, enlarging them to their current size of 50 by 40 inches. As a result, each sub-pixel, composed of red, green and blue bands, is roughly two inches wide. RGB color values, Nelemans explained, can vary among 256 levels of intensity and are the building blocks of even black-and-white photos (such as his "Unrequited Love 1").

At close range, each portrait is a pattern of abstract RGBs that seem to bend or melt around one another. From afar, however, a viewer can detect faces in the images. They appear even clearer in a cellphone-camera capture, as Nelemans demonstrated.

Evoking nostalgia for both youth and lost love, the portraits also recall the (all but) lost days of pre-digital photography in their reference to materiality: an image's building blocks writ large, printed on dibond (thin sheets of aluminum composite) and framed in wood.

Buck's "iPainting (186230889)" from 2016 becomes something else entirely in the viewer's hands. The square black acrylic painting with a central black ring made with Alert paint — containing tiny glass beads that render it reflective — becomes an ellipse in the flash of an iPhone. Take a selfie with your head centered in the ellipse, and you will appear haloed. The phone camera doesn't merely record; it participates in the work.

One of the artists that Moore identifies as "rigorously conceptual," Buck is steeped in Lacanian psychoanalysis. His other work in the exhibition, "The Letter! The Litter! ("1:45 a.m., eyes open, full moon, last breath") / South," is from a series that takes its title from an amusing line in James Joyce's Finnegans Wake: "The letter! The litter! And the soother the bitther!" French psychoanalyst Jacques Lacan famously seized on the one-letter slippage to plumb the gap between language and meaning.

Buck's square black-on-black work takes its title from — and memorializes the words of — a discarded note the artist happened on shortly after his mother died. One can just make out the (rearranged) words painted in cursive against a black background. The writing is evenly overlaid with a painted pattern of interlocking geometric spoke-and-wheel shapes, pointy silver metal grommets, and the red-embroidered rings of the store-bought fabric used in place of canvas.

The everyday materials may be their own memorial to Buck's mother. The untrained "Sunday painter" — as he described her in a 2018 interview with William Jess Laird on his podcast "Image Culture" — sparked Buck's desire to become an artist. Positioned beside Killacky's and Otake's spoken elegies to their dead mothers, the work memorializes the poetic recording of an anonymous, and therefore universal, death.

Oddly, one of the most beautiful images of love in the show is Tracey Emin's 2015 nude line portrait of herself, "And I Love You." The monotype print depicts the artist lying on her side, propping her head with a hand, facing the viewer. Its lines are both elegant and troubled, connoting pain and honesty.

Emin, known as the enfant terrible of the 1980s Young British Artists movement who once exhibited her slept-in bed, collaborated with Bourgeois in the last years of the older artist's life. That connection is recalled at Helen Day by the proximity of the two artists' prints.

Moore writes in her introduction that the works in "Love Letters" lack the "preconceived ideals or prescribed structures" typically associated with love. Yet each is thoroughly accessible, even familiar. That's particularly true of the two road-trip videos by Molly Davies that round out the show in a side room. Viewers may find themselves reimagining love as a concept as they connect to work that, outside the context of this show, might seem too ethereal to access.