Are Vermont's Employers Leaving Kids Behind? 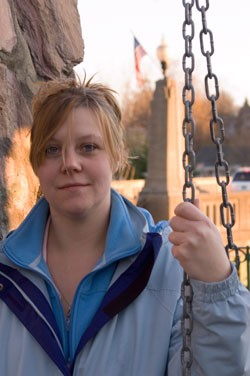 VERMONT — A few weeks back, the Minnesota-based nonprofit United Health Foundation deemed Vermont the “healthiest” state in the nation. But a policy brief issued around the same time by a Washington, D.C., think tank stated that the number of Vermont kids receiving employer-based health insurance has declined over the last five years — the most dramatic change of its kind in the U.S.

According to the brief, which was released by the nonpartisan, labor-oriented Economic Policy Institute (EPI) on November 1, 15,211 Vermont minors lost employer-provided health insurance from 2000 to 2006 — a drop of 11 percent — leaving 60 percent of Vermont’s children covered. By comparison, only five other states saw such dramatic decreases.

Nonetheless, health-care experts speak of a disturbing trend. “As a child advocate, we know there are more families struggling,” says Beth Burgess, research coordinator at Voices for Vermont’s Children, the state’s principal children’s advocacy group. “But I also think,” Burgess concedes, “that the BISHCA data appears to be representative.” (She suggests that state-conducted surveys are generally more accurate than national ones.) Voices was instrumental in the implementation of the state legislature’s newly formed Child Poverty Council, which aims to cut child poverty by at least 50 percent over the next decade.

What about Dr. Dynasaur, Vermont’s highly touted health-care program that covers kids whose parents make up to 300 percent of the federal poverty level? Has it been “weakened” by state budget constraints, as EPI’s report implies? No way, says Besio. With last year’s passage of the landmark Health Care Affordability Act, she suggests, Dr. Dynasaur and other state health-care programs are more welcoming and customer-friendly than in the past.

Health-care advocate Blair agrees with Besio’s assertion — more or less. The policy expert says 2007 legislative “tweaks” to the state’s health-assistance programs should help improve existing services. But he also notes that some enrollment procedures haven’t changed much since 2005. That year, BISHCA reported that nearly 80 percent of uninsured Vermont minors were eligible for, but not enrolled in, Medicaid programs like Dr. Dynasaur. Data for 2007 aren’t yet available.

Back in 2005, “The amount of information and the kind of help that was available was not particularly helpful,” Blair recalls. Now, officials are “definitely spending time on the phone with people and answering more questions.” But whether that will translate into more eligible people enrolled, he predicts, “is unclear.”

The overall climate is worrisome for public programs,” he says — the Bush administration’s resistance to expansion of the State Children’s Health Insurance Program (SCHIP) could hurt programs like Dr. Dynasaur.

Employer-based health care isn’t necessarily a bargain, either. Blair reports that more and more Vermont employers are either raising premiums or “threatening” to drop policies. His comments are echoed by a spokesperson from the Vermont Workers’ Center, who suggests that an increasing number of Vermont employers are cutting family-plan benefits.

And employer-based coverage isn’t always what it’s cracked up to be. Just ask Tiffany Germain, a 26-year-old New Haven resident whose two children lost Dr. Dynasaur benefits in 2005. Germain and her boyfriend now earn roughly $60,000 per year — slightly above Dr. Dynasaur’s $54,000 cut-off for a family of four. Her kids have ADHD and asthma, and she can barely afford the $150 co-pays for doctor visits.

“I know other people that make just as much as my boyfriend and I, and they have Dr. Dynasaur,” Germain says. “That’s something I don’t understand; it’s weird.” These days, she adds, her employer-based coverage plan requires her to pay $80 per month out of pocket for health benefits and medication. Recent changes in her insurance policy have made her co-pays more expensive.

“I’m a hard-working person,” Germain asserts. “All I ask for is health benefits for my kids!” State officials “don’t want to help those who are trying to help themselves, and I think they’re screwing around with the wrong people.”