Are There a Lot More Dicks on Television Lately? 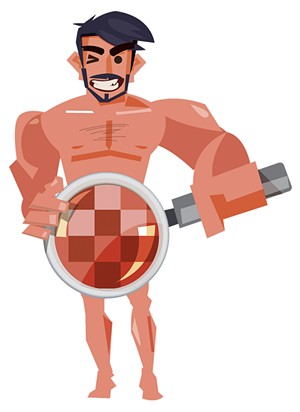 Am I mistaken, or are there a lot more dicks on television lately? I'm not talking about the Republican senators questioning Ketanji Brown Jackson during her Supreme Court nomination hearings; I'm talking about actual human penises. It seems as though they're popping up on just about every show I watch these days. What gives?

You're not mistaken. On-screen full-frontal male nudity is definitely on the rise. A schlong sighting can be shocking, but we shouldn't be shocked by a body part. I'll never understand why so many people get upset about seeing a naked human body but don't bat an eye at graphic violence. That said, the talking penis in "Pam & Tommy" did make me scream.

Since cable and streaming networks are subscription services, they don't have to adhere to the federal rules about indecency and profanity as strictly as network television does. However, the chances of seeing an erect penis are slim to none. Most are presented in a flaccid, nonsexual way. You know, "artsy" penises.

Their prevalence also has a lot to do with who is creating the content. When straight men produce movies and television, you're going to see what they want to see — or what they think people want to see — which usually includes a lot of female T&A. We're so used to the gender imbalance that we hardly notice boobs on the boob tube anymore. Thankfully, with more diversity of writers, directors and executives comes more diversity in what we see on-screen.

Even with more gender parity in the on-screen nudity department, a double standard still exists. When actors with breasts bare it all, that's most often the real deal (however augmented and adjusted they may be). Almost all of the penises you see are prosthetic or CGI, so what you see ain't really what the actor's got.