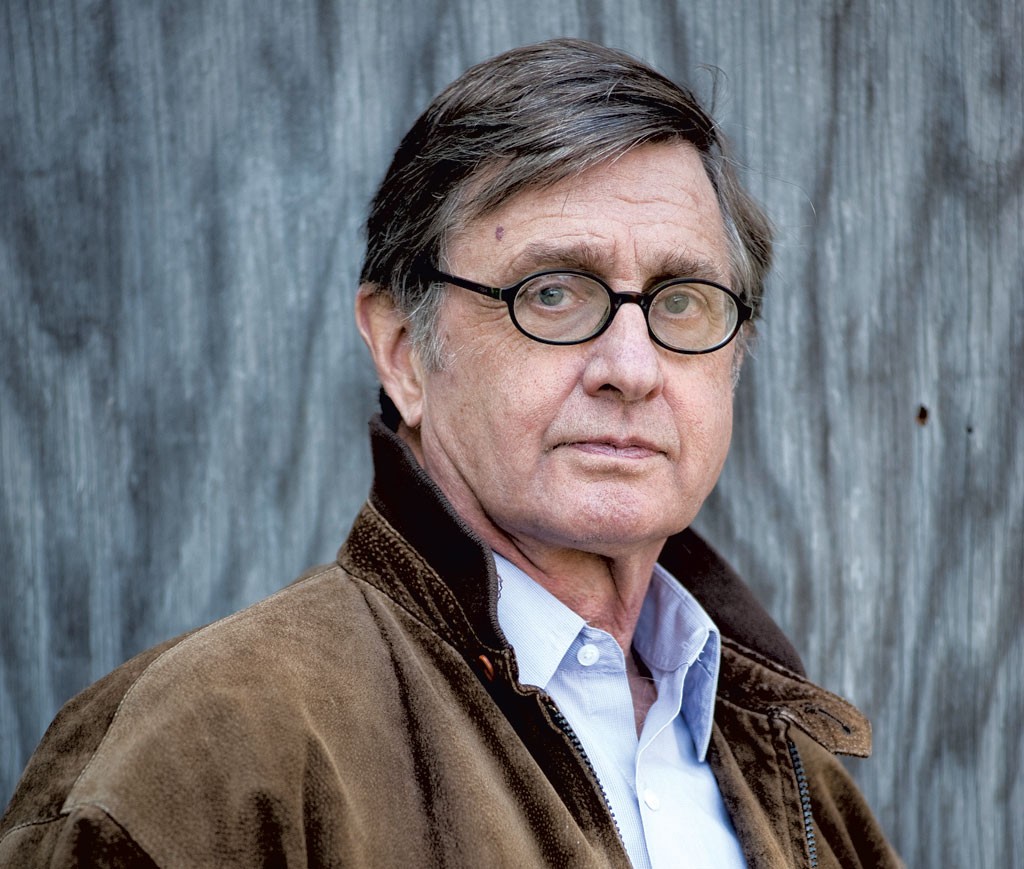 In the 1970s, architects at the forefront of sustainable design were dreaming up a wildly different way to build the American home — think polyhedra in the deserts of the Southwest, or "Earthships" fashioned from packed soil and recycled materials.

"Society in general reacted like, 'This is too far out,'" recalls Waitsfield architect William Maclay whose own 1970s building project — the Dimetrodon Cluster Housing — was an early experiment in solar-powered cohousing.

"Far out" doesn't describe Maclay's architecture studio, tucked into a traditional, historic carriage house in downtown Waitsfield. Nor does it apply to many of the buildings designed by him and the architects in his firm, Maclay Architects — at least not in appearance. But today the architect is championing a new revolution in design and construction: net-zero buildings. That's the subject of the new book — The New Net Zero: Leading-Edge Design and Construction of Homes and Buildings for a Renewable Energy Future — by Maclay and his firm's architects, out last month from Vermont's Chelsea Green publishing house.

Net-zero structures are buildings that generate more energy from renewable sources than they consume. By Maclay's standards, a net-zero building also reduces energy loads as much as possible; that goal requires first building a highly efficient structure, and then putting in place enough renewable energy generation to fuel it.

Leading edge it might be — but if you think "net zero" is radical, think again, says Maclay.

"We have the technology, tools and knowledge we need to do this right now," he writes in the preface to The New Net Zero. And we've done it before, he argues. "The reality is that human beings have lived in a net-zero world, or a fossil-free world, or a renewably powered world, for basically our entire existence on the planet," says Maclay.

His book is part philosophical treatise, part technical manual, outlining Maclay's argument for an urgent shift in building practices while also providing the concrete details that architects and others might need to execute that transition. Maclay acknowledges that not every reader will find the entire book relevant, but he believes that architects, builders and homeowners alike can take something from it. 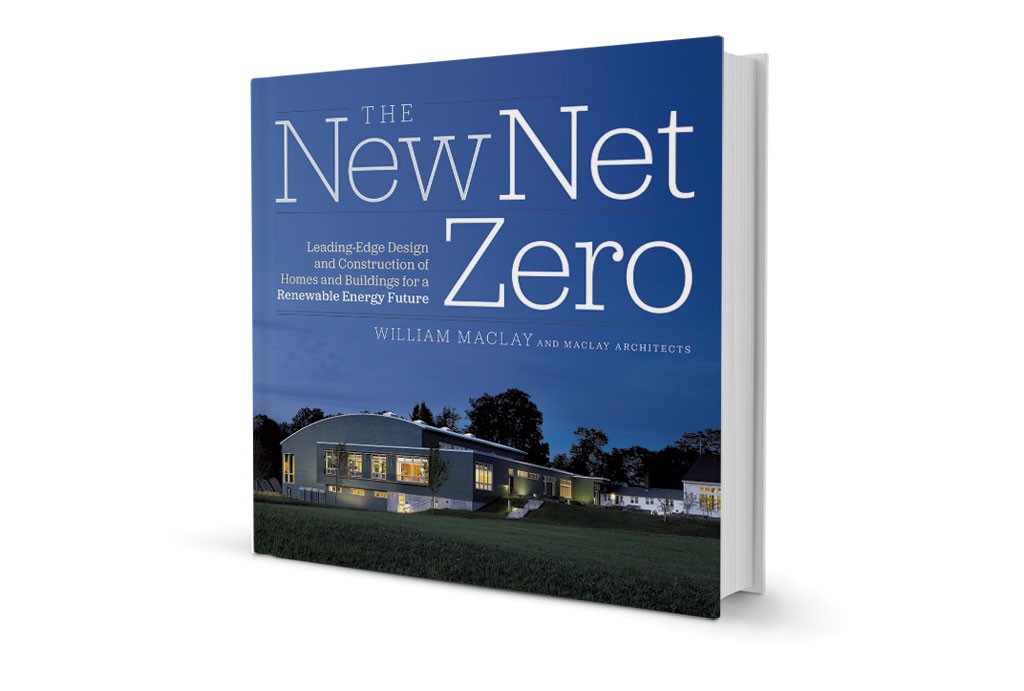 He also hopes the book will dispel what he sees as some common myths about net-zero building: that it's too expensive, that older buildings can't be retrofitted to net-zero standards, that it's relegated to the realm of small, residential construction.

"We can cut energy use in existing buildings by 80 or 90 percent, and we can do that in a more comfortable, better house," he goes on.

Maclay jokes that he came to architecture after realizing, as a college student in the 1960s, that he couldn't make a career out of protesting. Inspired by early pioneers in solar energy, and by a motorcycle trip to Machu Picchu, Maclay devoted himself to designing environmentally responsible, ecologically sustainable buildings.

He field-tested those ethics in Vermont, where, after one year of graduate school, he and two friends took a hiatus from the classroom to construct Dimetrodon. Maclay was 21 years old, but he says now that he and his friends thought they "had all of the answers."

In the following years, Maclay Architects earned a reputation for leadership in ecological design; Maclay devoted his career to imagining what a renewably powered future might look like for homes, offices and larger buildings. But he suggests that the real shift toward net zero began happening in the past decade.

One particularly eye-opening project was the field house that Maclay Architects designed for the Putney School, a progressive, coed boarding and day school in southern Vermont.

Randy Smith, the assistant head of the school and its chief financial officer, remembers that the Putney School's leaders wanted to build a gym that was in keeping with its sustainability ethic. But if they had a vision, the institution had a budget: $3 million. The administrators weighed the decision to build in 2008, in the midst of economic turmoil on Wall Street and a 30 percent hit to the school's endowment.

Maclay pitched three versions of the building, each progressively more expensive and more efficient. In the end, Smith says, Putney's board decided to spend more on the construction of the building, knowing it would save money in energy costs over the long haul.

Smith says that economic analysis helped seal the deal. But he looks beyond the cost-benefit analysis when he talks about the concept of net-zero building.

"We just can't continue to build buildings that burn oil," he says.

In the five years since building the Putney field house, Maclay Architects has designed a number of net-zero or "net-zero-ready" buildings (the latter designation means they're efficient enough to be powered by renewable sources but don't yet have a devoted energy source). Among the more notable projects are a 17,000-square-foot office complex in Middlebury, several high-performance homes, the University of Vermont's George D. Aiken Center, and a renovation and addition to the Bennington County Superior Court and state office building.

In the case of the Bennington courthouse, building a net-zero-ready structure rather than simply a code-compliant one added 3 percent to the total project cost, or nearly $6 per square foot. In The New Net Zero, Maclay estimates that those improvements will save nearly $49,000 a year in operating costs — making the payback period for the building just seven and a half years.

The savings of building to net-zero standards could also be applied to mobile housing, as demonstrated by one case study featured in Maclay's book. In response to a pilot program from the Vermont Housing & Conservation Board and Efficiency Vermont, Shelburne-based Pill-Maharam Architects redesigned a mobile home to meet those standards. The new design called for better insulated windows, a more efficient building envelope and a solar array on the roof, among other changes. The result was a spike in the projected monthly mortgage payments accompanied by a radical decrease in energy costs per month. After eight years, the more efficient mobile home became a better deal than the code-compliant version.

"This is not some pipe dream," Maclay says. "This is fully achievable."

The architect concedes that building to net-zero standards may require a new way of thinking for homeowners or commercial builders. It may mean constructing a smaller home and putting resources into conservation measures or more efficient systems instead of additional square feet. But Maclay is adamant that net zero doesn't equal deprivation — far from it. He argues that the modern net-zero home, when well designed and carefully planned, can be healthier and more satisfying to inhabit.

And he thinks the transition to net zero is closer than we may think. "My opinion is that, in 10 years, the practices that are in this book will be standard practice in Vermont," Maclay says. "That's where the world is headed."

The original print version of this article was headlined "Zeroing In"

Correction 07/31/14: An earlier version of this article incorrectly attributed the design of a highly efficient mobile home to Maclay Architects. In fact, the project was designed by Shelburne-based Pill-Maraham Architects.