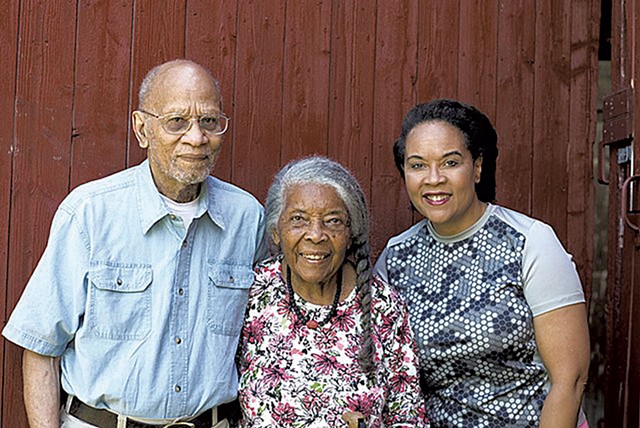 More than five million people have visited the National Museum of African American History & Culture in Washington, D.C., since it opened in September 2016, according to the Smithsonian Institution's visitor stats. Whether or not you're one of them, you can catch a film about the evolution of its award-winning design this Wednesday, February 20, when the Architecture + Design Film Series screens The Black Museum at Burlington City Hall Auditorium.

Prefacing the screening is a locally focused event that promises to be just as arresting. The series' founding curators — Lynda McIntyre, Andrew Chardain and Karen Frost — have invited Lydia Clemmons to give a talk and show a video about the Clemmons Family Farm in Charlotte.

Clemmons, the second of five children in an African American family, grew up on a 148-acre farm that is now one of the most beautiful properties on Greenbush Road. Her parents, Jackson and Lydia Clemmons, a pathologist and nurse anesthetist, respectively, bought the farm in 1962. Lydia Clemmons Jr., who works as an international public-health advisor in several African countries, returned six years ago to live on the farm with her parents, who are now both 95. They are working to transform the family farm into a cultural destination.

What's the connection between the national museum and a Vermont farm? An African American architect named Zena Howard. As Clemmons will detail in her talk, she learned while tracking the D.C. museum's development that Howard, a principal in the global firm Perkins+Will and managing director of its North Carolina practice, was the senior project manager.

Shortly before the African American museum opened, Clemmons cold-called Howard to ask her to help lead the redesign of the Big Barn, as the family calls an early-1800s structure on their Charlotte farm. The architect took up the project pro bono.

Howard is one of roughly 0.3 percent of licensed architects in the country who are female and African American, according to a 2017 article in Curbed magazine. That makes her as rare in her world as Clemmons' parents are in theirs, Clemmons recognized. According to Clemmons' calculations, derived from 2012 census information and the historically black colleges and universities database, only 0.4 percent of U.S. farmland is African American-owned. And in Vermont, she calculates, only about 19 of the state's 7,300 farms belong to African Americans.

Howard has also worked on the Mississippi Civil Rights Museum in Jackson and the Motown Museum in Detroit. In a phone call from Seattle, she put the singularity of the Clemmons Family Farm in historical perspective: "When Lydia called, I thought, Wow, a farm! That's different. The value of farming is something a lot of African Americans have shied away from because of its association with slavery." 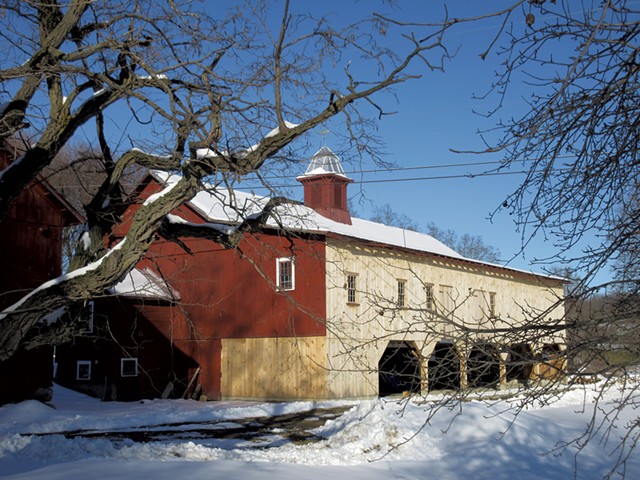 The Clemmonses farmed only to provide their own food, and they hayed for extra income. Now, like many Charlotte landowners, they free-lease their land to local farmers to retain a lower tax rate.

The two health care professionals also have an abiding interest in art and architecture. Jackson Clemmons spent decades improving the farm's six historic structures using hand-carpentry skills he had learned from his grandfather. At 75, he and a younger associate dragged a dilapidated granary across the road to add it to an existing barn, re-siding and reroofing the whole. Inside, the elder Clemmons created dividing walls from rows of tall, vintage casement windows he had found near Montréal, increasing both light and visual interest.

In their sixties, the couple began traveling to Africa for work stints and became art collectors. (Selected objects from their collection are currently on view at the Amy E. Tarrant Gallery in Burlington.) From 1984 to 2013, Lydia Sr. ran an African imports shop and gallery in the farm's 18th-century blacksmith shop, which Jackson restored for the purpose. She also held monthly dinners on the farm, sponsored by the Flynn Center for the Performing Arts, for which she prepared dishes from African-diaspora cultures in an effort to bring blacks and whites together.

The question of what to do with such an exceptional cultural and community treasure has long occupied the family. Their solution is to honor Jackson and Lydia's legacy by remaking the farm as an educational nonprofit, much as nearby Shelburne Farms was preserved. The property is open from mid-May through September. Its focus will be the Big Barn, a visual and performing arts center devoted to the culture of African Americans and the African diaspora.

When Seven Days recently visited, sunlight lit up the ground-level interior of the Big Barn. Original lime-coated wood columns and beams and a fieldstone wall support the long space where stalls once stood and housed animals. "I used to feed them here," Lydia Clemmons Jr. recalled, noting that the family kept about 30 chickens, 15 pigs, a couple of cows and, for recreation, horses.

The grade-level space features a new, south-facing wall, still unfinished, with five garage-size openings. It's part of ongoing stabilization work partially funded by a $350,000 grant from ArtPlace America, awarded in December 2017, and a March 2018 barn preservation grant from the Vermont Agency of Commerce and Community Development.

Above that level is a voluminous space for hay storage with a unique water cistern installed in one corner. The massive, cylindrical 19th-century structure has vertical wood slats cinched by bands of iron. It still held water, piped in from the barn's eaves, when the family was farming.

In June 2018, Howard came to the farm for a three-day visit, during which she led a daylong design charrette with 30 local artists and architects. The group brainstormed possible uses for the two barn spaces. The lower one will accommodate the visual arts, while the lofty second story will host performances, including aerial acts. Programming began last summer with art classes led by a Haitian American artist.

The goal is to create community from diversity in a state that is 94.7 percent white. "Most Vermonters may not even know black people or have a relationship with them," Clemmons said. "We want to create a safe and welcoming place for all people where food, music, history, poetry and art can be shared."

The Clemmons family has applied for more grants, from the National Trust for Historic Preservation and the African American Cultural Heritage Action Fund, to implement the next phases of the project: interior design, landscaping and ADA accessibility.

Howard will return to lead the second phase of design work when the farm has secured funding to implement her advice. Meanwhile, she declared, "Vermont should be pleased and honored that they have a farm of this caliber and people dedicated to sharing it."

The Clemmons Family Farm connects with the D.C. museum in another way, said Clemmons. Both tell a story of uplift in times that seem dominated by tales of oppression. The museum does so by taking visitors through a progression: from chronicling slavery on its below-grade floors to celebrating current black achievements on higher ones. The farm, for its part, honors the extraordinary lives of a highly educated, cultured black couple who also taught their children to "get their hands dirty," said Clemmons.

The struggles of African Americans are real, she added, but "What are we fighting for? Freedom, yes, but really our humanity — being connected members of a community."