Après Only Opens in Stowe; alla vita to Close in Montpelier

Get out your ugly sweaters and vintage snowsuits. Stowe's Field Guide Lodge has a new bar concept, and it's a celebration of 1980s ski culture.

The redesigned bar at 433 Mountain Road is called Après Only. Last winter, it was home to a seasonal pop-up tasting space for Stowe- and Grand Isle-based Ellison Estate Vineyard.

Ellison Estate's wines are on the menu at Après Only, along with bottles and glass pours from Stella14 Wines. The beer and cider lists are fully local, featuring producers such as von Trapp Brewing, Black Flannel Brewing, Rock Art Brewery, Outer Limits Brewing and Stowe Cider. The bar also serves canned cocktails and flights of Vermont-made bourbon.

Field Guide Lodge is part of Lark Hotels, which operates boutique properties throughout New England and California. The lodge opened in late 2015 and was home to casual restaurant Picnic Social until 2018. Lark's in-house design team, Elder & Ash, redesigned the spacious bar and outdoor patio for the new concept, a representative of the company said.

Like any good post-mountain hangout, Après Only has fireside couches and clips from Warren Miller's ski and snowboard films playing on the TVs — and a shotski, of course. 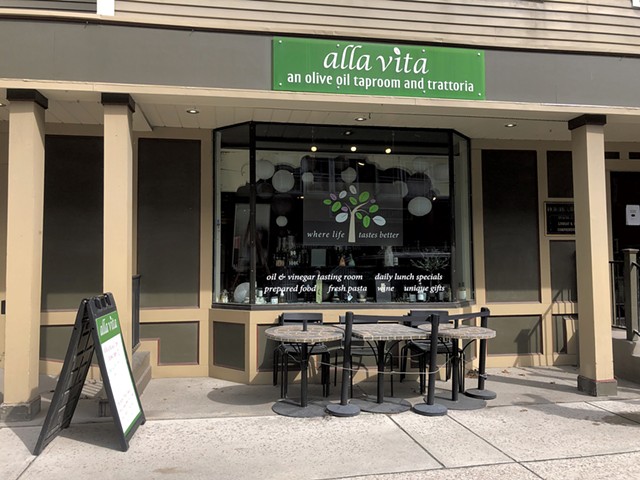 According to social media posts and signs at the store, alla vita in Montpelier has discontinued breakfast and lunch service and will close permanently by mid-October. The business opened at 27 State Street in March 2014, featuring takeout lunch and single-varietal oils and infused vinegars bottled to order. It also offered wine by the bottle and the glass; specialty foods, such as Vermont maple products and fresh pasta; and occasional pop-up brunches. Much of the store's remaining inventory is currently discounted. Owner Adrienne Brownlee could not be reached for comment by press time.