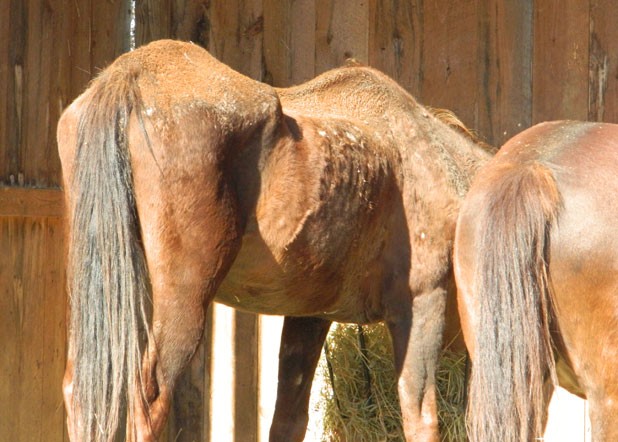 In November 2011, Kelly Dietrich was charged with animal cruelty after state police found one dead horse — its throat slit — and another one starving on his Highgate farm. Dietrich, who owned the now-defunct Souza’s Brazilian Steakhouse in Burlington, was also allegedly depriving chickens, turkeys and calves of food and water on the property where he runs the Kids’ Culinary Academy of Vermont.

In March, a judge ordered Dietrich to forfeit ownership of the malnourished horse — ruling the state had supplied sufficient evidence of cruelty to justify the taking. But on August 14, Franklin County State’s Attorney Jim Hughes dismissed the charge in exchange for Dietrich’s $500 donation to the local chapter of the Humane Society. Dietrich will also pay $2730 to cover the horse’s vet bills but will have no probation or restrictions on what animals he can own.

Dietrich views the dismissal as “justice” for a charge he viewed as bogus from the get-go. The chef says the horses were already weak and malnourished when he rescued them from a farm in New York, and he was trying to nurse the animals back to health when he was arrested for cruelty.

“It was absolutely ridiculous charges, and as time went on, the state realized I was arrested for nothing,” Dietrich says. “I’m not an animal ... abuser or anything like that.”

But for animal-rights activists, the decision proves that Vermont’s criminal justice system doesn’t take animal abuse seriously. In Dietrich’s case, they say there was ample evidence for a misdemeanor conviction.

“If the bar wasn’t met to get a guilty verdict in this case, I don’t know where the bar is,” says Deb Loring, a Vermont Humane Federation volunteer who worked alongside state police on this and numerous other animal cruelty investigations.

Hughes explains that he dismissed the charge for two reasons. First, he didn’t think the judge would have sentenced Dietrich to much more than restitution anyway, had the case resulted in a guilty verdict. Second, Hughes says his court’s docket is crowded with more serious cases involving human victims, and he had to make a judgment call about which ones to prioritize.

“In a perfect world — if I could focus on this case, had the judge time I wanted for it, get the court time I wanted for it — maybe it would have been a different result,” Hughes says. “Maybe I would have decided this is a case where he needed to have a record of being cruel to animals.” But with Hughes and his two deputies each juggling more than 20 cases a day, the state’s attorney says he had to “triage.”

Vermont’s animal cruelty statute doesn’t require intent — in other words, one doesn’t have to intentionally abuse an animal to be guilty of the crime. But Hughes believes he would have had trouble convincing 12 jurors to ignore that fact and convict Dietrich for failing to improve the horse’s health over the few months that he owned them.

At one point, Hughes says he offered Dietrich a plea deal that would have put limits on future animal ownership, but the chef rejected it and demanded a trial.

“When I can get to a place where the animal is safe and out of the hands of the abuser, then I look to make sure the bills are paid,” Hughes explains. “And then I assess to say, ‘Is there a need here for a conviction?’” In this case, Hughes decided there was no such need.

“I know the courts are very busy and there are a lot of other crimes that are being prosecuted. But these cases need to be taken seriously, because animals are part of the community,” says Joanne Bourbeau, northeast regional and Vermont state director for the Humane Society of the United States. “Animal cases don’t take the same priority that we’d like to see them take in the court system.”

What does a successful animal-cruelty prosecution look like? Bourbeau and others point to the Bushway slaughterhouse case, in which owner Frank Perretta was sentenced on felony animal-cruelty charges, with a $2000 fine and 120 hours of community service. More importantly, he can never again work with animals.

More often, as in the Dietrich case, Bourbeau says judges and prosecutors are reluctant to push for convictions — or to bring charges in the first place.

On the latter point, she cites an alleged puppy-drowning case in Barre that the state’s attorney has declined to prosecute.

According to a police report obtained by Seven Days, Barre police pulled a plastic bag from a branch of the Winooski River on April 19 and found two dead, Rottweiler-mix puppies inside. A witness told police he had seen the man who lived next door carrying the same bag to the river the night before, and gave officers the suspect’s name.

The suspect was charged with animal cruelty and set for arraignment in June, but Washington County State’s Attorney Tom Kelly declined to prosecute because Barre police disposed of the dogs’ bodies before a vet could determine cause of death. Outraged animal-welfare activists protested in downtown Barre — with their dogs — in the hope the publicity would pressure Kelly to bring charges in the case.

“We didn’t think we could prove how the dog died,” Kelly says. “We can’t bring a charge we don’t think we can prove.”

Another puppy-cruelty case — prosecuted by State’s Attorney Hughes in Franklin County — did result in a sentence but Bourbeau believes the penalty was “insufficient.” In June, Karen Maple pleaded no contest as part of a plea deal stemming from her operation of an illegal puppy mill at her home in Bakersfield. According to HSUS investigators, Maple kept 54 Labrador retrievers in cruel and unsanitary conditions, with many malnourished or suffering from dehydration and untreated wounds.

Maple received no jail time but is serving two years’ probation, during which time she is prohibited from breeding the dogs and is subject to inspections by a veterinarian. Bourbeau complains that Maple’s sentence permitted her to keep more than a dozen dogs that had not been spayed or neutered.

“I’m concerned they will be right back in the same spot in a couple of years, with dozens of animals living in the same conditions,” Bourbeau says.

Another animal-cruelty case — the alleged starving of six draft horses in Jeffersonville — is also unresolved. State police seized the horses last January and charged owner Rick Fletcher with animal cruelty. Two of the horses are being fostered at the home of Keith Flynn, Vermont’s public safety commissioner. The others went to P.E.T.S. of the Kingdom, a volunteer-run animal-rescue operation. But nine months after the seizure, the court has yet to hold a forfeiture hearing, leaving the animals in limbo.

In the meantime, P.E.T.S. of the Kingdom is spending so much to care for the horses — almost $6000 to date — the Derby-based nonprofit is “teetering on the edge” of bankruptcy, says cofounder Renee Falconer.

“We got handed the responsibility and the cost because we’re good people,” Falconer says, adding that each horse eats $50 worth of hay per day. “We are going to be so leery and hesitant about stepping in on another case like this.”

Awarding permanent custody matters because until the seized horses have new owners, they cannot be ridden, have their tails or manes trimmed, or receive anything but the most necessary veterinary care, says Loring. Perhaps more importantly, the nonprofit rescue organizations housing them can’t seek restitution for the cost of caring for animals — up to $10,000 per horse — until a cruelty case reaches conclusion. And even a guilty plea doesn’t mean these organizations get paid back.

In the Bakersfield puppy-mill case, the HSUS spent $60,000 caring for the dogs over seven weeks, according to Bourbeau. But Karen Maple’s plea agreement included no restitution for animal care; it only required she pay $248 to cover court costs.

In the Dietrich case, Lisa Johnson, an experienced horse rehabilitator, says she spent almost twice the $1975 the court awarded for caring for Dietrich’s malnourished horse, a 22-year-old chestnut gelding she named Gambit. The Town of Highgate also incurred costs it couldn’t recoup, including $1300 for the animal-control officer to check up on Dietrich’s property following his arrest, according to town administrator Heidi Britch-Valenta.

Dietrich says he’s facing his own money problems as a result of the now-dismissed cruelty allegations. He says that bad publicity from the case cost him $50,000 in lost business from canceled registrations at his culinary camp — and that he might have to shut down as a result. Dietrich says he’s still raising chickens, turkeys, ducks, pigs and sheep on his property, but no horses.

“The charge is dismissed, but in the meantime my name has been smeared and I’ve lost a tremendous amount of business,” he says. “Trying to rebuild the goodwill and reputation of the camp is going to be quite a task.”