Anders Parker, There's a Blue Bird in my Heart 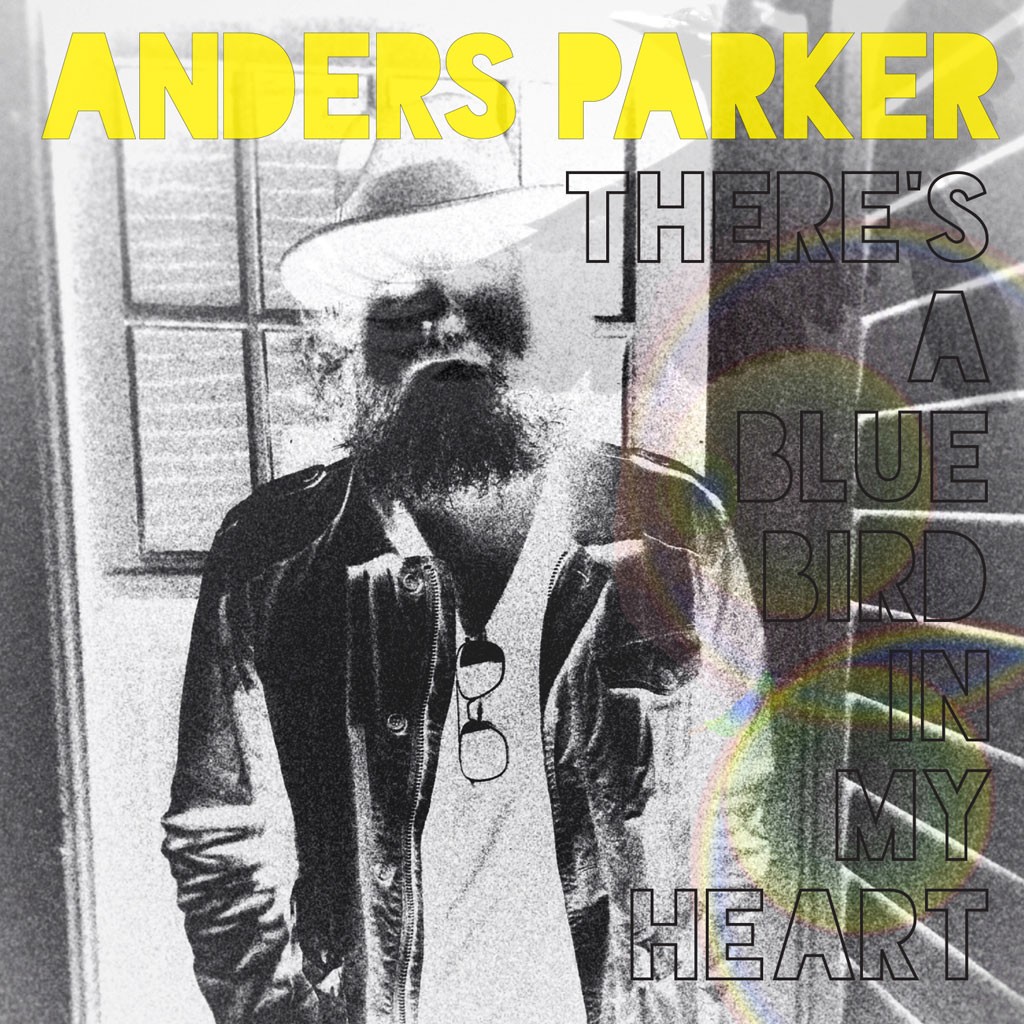 There's a Blue Bird in My Heart is Anders Parker's first recording in four years with his Cloud Badge compatriots Creston Lea and Steve Hadeka — the latter of whom is a Seven Days employee. Borrowing its title from a line in a Charles Bukowski poem, the album opens with a faintly familiar guitar riff that might lie somewhere between Led Zeppelin and the Beatles' White Album. It's a classic sound. And yet, despite his roots in timeless, guitar-centric rock and roll, Parker does not confine himself to any specific musical criteria. That quickly becomes apparent. Over eight-plus minutes, the record's opening track "The Road" shifts and changes countless times. No refrain or structure holds the song in place; rather, it meanders forward naturally and seemingly of its own accord. And then, as all roads must, it ends.

With "Animals," Parker moves into more structured territory yet maintains the looseness established on the opener. The song is built around a heavy, blues-influenced guitar riff that wouldn't sound out of place on an early White Stripes record. Never mind the traditional rigidity of blues; Parker's take, executed with energy, is no lazy homage.

Parker's rock chops cannot be denied, but his gentler ballads really bring Blue Bird to life. On songs such as "Don't Let the Darkness In" and "Unspoken," he evokes a Wildflowers-era Tom Petty while employing his signature time and key changes. Even when he slows things down, Parker never succumbs to sluggishness, and his softer side is heartbreakingly genuine.

"Jackbooted (Thugs Have All The Best Drugs)," another eight-plus-minute epic, takes the record into a psychedelic realm, but the transition is seamless. Guitars are both heavy and swirling, the piano tones are high-pitched and the drumming is wild. Somehow, it all kinda makes sense. More than any other track, "Jackbooted Thugs" is a testament to this band's ability to embody numerous influences without pointing directly to a single one. This song, and the majority of others on Blue Bird, could have been recorded 40 years ago, and one imagines they will still be relevant 40 years from now.

Though he can claim national success in bands including Varnaline, Anders Parker keeps a fairly low profile around his adopted Burlington home. His sound and persona are absent any ego or rock-and-roll idolatry; he's just an honestly talented dude.

Anders Parker & Cloud Badge play the Higher Ground Ballroom in South Burlington on Wednesday, July 2, with Drive-By Truckers. There's a Blue Bird in My Heart is available at andersparker.com.