Side Dishes: Vermonters up for food awards 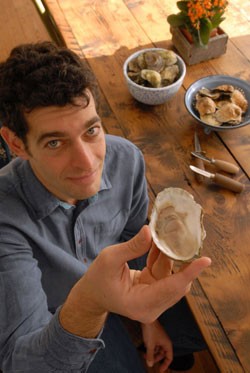 Awards season isn't just for stars of the big and small screens dressed in bling and skimpy outfits — folks in toques get to partake, too.

Two heavies in the culinary world, the James Beard Foundation and the International Association of Culinary Professionals (IACP), just announced the nominees for their 2008 prizes. Here's a run-down of some of the candidates with Vermont connections. Congrats and good luck!

A Geography of Oysters: The Connoisseur's Guide to Oyster Eating in North America

"The Search for the Anti-Aging Diet"

A Geography of Oysters: The Connoisseur's Guide to Oyster Eating in North America

"Food for the Heart"