An Open Letter to President Bush

If you won't come to Vermont, perhaps we'll come to you. 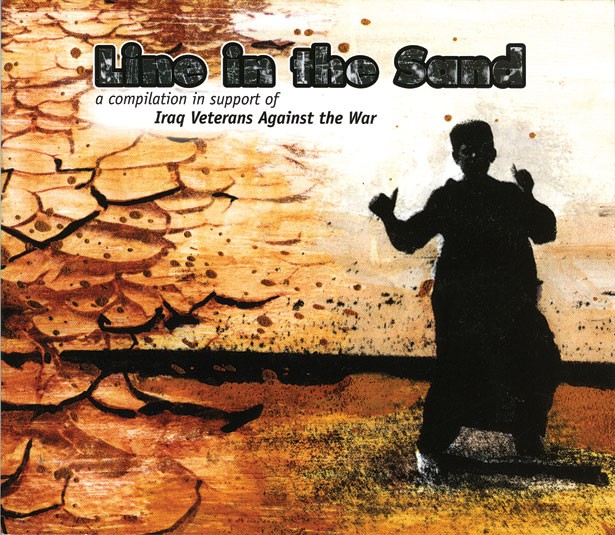 I know you're not much of a reader, so I'll try and keep this short and sweet and avoid using as many multisyllabic words as possible - at the risk of sounding like, well, you.

So, the war thing . . . how's that working out for you, really? According to Fox News, everything is just fine and dandy and we should all go back to shopping and driving big cars with Korean-made magnetic ribbons plastered all over the bumpers. I'm more of a public-radio guy myself, so, as much as I'd like to believe that, I have to admit I'm a bit skeptical. OK, I'm a lot skeptical.

It's not that I don't love America - I do. And I'm pretty keen on freedom, too. In fact, I think most people who live here feel similarly. We just question the wisdom of engaging in a war with no clear objectives, no clear exit strategy and practically no global support. Oh, and there is that pesky issue of finding Osama bin Laden. Hint: He's probably not in Iraq. But that's a topic for another letter.

Today, I'm writing to introduce you to a group of people I'm not sure you're familiar with. Since you signed the orders to send them into harm's way, you really should be. I know you're not big on dissenting opinion, but these men and women actually spent time on the ground fighting your war, and I have to say, they're none too happy with you at the moment.

They call themselves Iraq Veterans Against the War. There are a lot of them and they have some remarkable stories to tell. You like stories, don't you, Sir? You might not like these, I'm afraid. But it's terribly important that you listen.

For example, listen to the story of soldier Tomas Vincent Young, who was paralyzed from the chest down in the same battle that Cindy Sheehan's son, Casey, lost his life. You remember Mrs. Sheehan, don't you?

I could go on, but I fear I might be losing your interest. Let's talk about music, shall we?

Enclosed you will find a copy of a wonderful new compilation called A Line in the Sand. The disc was put together by an enterprising young woman named Bridget Burns, the founder and owner of a small independent record label here in Vermont called Wyld Stallions Records, LLC. And, yes, sir, that is a reference to the movie Bill & Ted's Excellent Adventure - no doubt one of your favorites.

In the interest of full disclosure, Ms. Burns is also a co-worker of mine here at Seven Days newspaper. But don't let that distract you from what I'm about to tell you.

You need to give this album a spin. The opener, a slam poetry piece from Andrea Gibson entitled "For Eli" is especially moving. There's a lot of talk about God and prayer, so I imagine that'll pique your interest. It might cause you to reconsider your particular approach to Christianity, though. Just to warn you.

The next track, d_Cyphernauts' "You Got Your War," actually features you quite prominently, Mr. Bush. Do you remember saying, "You're free, and freedom is beautiful. But it will take time to restore chaos and order"? You did, and it's all right here. The song's pretty good, too. I think you'll like it.

After that is a stunning track from a semi-local musician, Moses Atwood, called "Wildflowers." He writes about the toll your war is having on the families involved - American and Iraqi. Since your daughters aren't serving, it might be a good idea for you to listen so you can understand what you're putting these people through.

In fact, the album is chock full of ideas and sentiments that you'd do well to consider, delivered in a variety of styles and genres that should please almost every taste - except the Toby Keith crowd, I suppose.

My personal favorites are Ryan Harvey's Phil Ochs-style condemnation, "Search and Avoid," and the Ochs tribute, "Here's to the State of Things" by Witt Wisebram. You remember Phil Ochs, don't you, Mr. Bush? He was very popular when you were weaseling out of service during the Vietnam War.

Anyway, I know I'm rambling on a bit, but I feel strongly that you could learn a thing or two from this record and the soldiers it benefits. In fact, I'd say you owe it to the soldiers you so cavalierly sacrifice behind the banner of democracy. It's the least you could do - though I realize you've set the bar pretty low.

In closing, I'd like to invite you to the Vermont release of the CD at The Monkey House in Winooski - that's a small town next to Burlington - this Thursday with In This Century, Slug's Revenge and Whiskey Smile. The first two bands feature prominently on the disc. I know you're not too enthusiastic about visiting our fair state - Vermont really is a state; look it up - but I think you'll find we have some very passionate folks with interesting thoughts about your foreign-policy decisions. Since the CD release party is a benefit, we can't put you on the guest list, but I'd be happy to buy you a beer. I wonder if they still have Magic Hat's Jeezum Jim on tap?

Hope to see you there.

P.S. If Dick Cheney needs a copy of A Line in the Sand, please don't let him burn yours. He can go online and purchase his own at http://www.wyldstallionsrecords.com. Or, better yet, at any of Vermont's fine independent record stores, should you folks find yourselves in the area.