An Interview With Yo La Tengo's James McNew 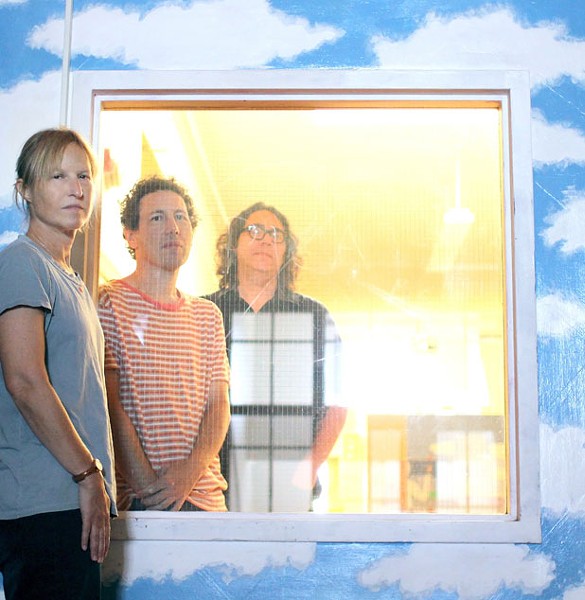 In the pantheon of indie rock, Hoboken’s Yo La Tengo occupy a place alongside the giants of the genre, bands such as Built to Spill, the Pixies and Dinosaur Jr., whose contributions have directly influenced subsequent generations and shaped the course of indie-rock history. Just don’t tell them that.

“I really don’t think much about that stuff,” says Yo La Tengo bassist James McNew in a recent phone interview.

YLT would belong on the Mount Rushmore of indie rock, should such a monument ever be erected. But McNew, a key member since joining the band full time in the early 1990s, says the band still prefers looking ahead rather than navel-gazing. That is clear in the new album, Fade — YLT’s 13th full-length since their 1986 debut, Ride the Tiger. The record, produced by John McEntire of the Sea and Cake and Tortoise, is classic Yo La Tengo, featuring subtly clever wordplay, easy melodies sung in typically hushed tones, and enough ingenious twists and turns to keep audiences guessing. This after more than 25 years in the biz.

In advance of Yo La Tengo’s upcoming performance at the Higher Ground Ballroom on Tuesday, February 12, Seven Days caught up with McNew on the road in St. Louis.

SEVEN DAYS: After working with producer Roger Moutenot for 20 years, you went with a new producer for Fade, John McEntire. What prompted the switch?

JAMES MCNEW: The switch was really nothing more than wanting to try something new. It just took us a very long time to think of something like that, but I’m not sure why. We’ve known John as friends for over 20 years and are huge fans of the bands he plays in and his productions.

It was a great experience working with him. We gave ourselves over to his recording process and let him do his thing. At the same time, John was very interested in letting us preserve our sounds and what we do.

SD: Was there a “feeling out” phase working with John?

JM: Definitely. We were friends, but in the sense of working together in the studio, we were strangers still. We started working with Roger eons ago. And even now, our technical language in the studio isn’t the most precise. So Roger knew how to interpret what we liked and what sounded good. He understood us. To work with John, we still had to come together to figure out how to express to him clearly what we liked and why. That was something we didn’t really think of beforehand. But once we were there on the spot working, we did come together in that way. Being able to verbalize things really informed the way the sessions went. It gave us purpose.

SD: Yo La Tengo are famously critical darlings. Do you pay attention to the things people write about you?

JM: I would say “we” do. But I tend not to, personally. Sometimes I’ll read things, but it’s rare. It’s a strange situation. If I see a publication that uses some kind of a number system or grading system for a record review, I will either stop reading that magazine or simply not believe anything that magazine says. I think that’s kind of insulting, to everybody. Why bother reading the rest of the review? Thumb up/thumb down would also work. But that’s just me. I have my own issues.

SD: I’ve often wondered about that. How does Pitchfork quantify an 8.1 versus an 8.3? What’s the formula?

JM: Yeah. I was never good at math.

SD: Yo La Tengo are often cited as an influence by younger bands. Is that a surreal thing for you?

JM: I guess so. I really don’t think much about that stuff. I don’t take stock, really. Jesse Jarnow wrote a book about us last year [Big Day Coming: Yo La Tengo and the Rise of Indie Rock], which was kind of related to your question. While I think he’s a great writer and a really nice guy and I thought the book turned out good, at the same time it’s a very weird thing to do. It’s like a statue of yourself, which is just the strangest thing. I think it might have been the band Why? that wrote a song about it being bad luck to make a statue of someone before they’re dead. I kind of agree with that. I’m really proud of everything we’ve done, but I don’t sit back and recount it very often. We’re more interested in working and moving forward. It does feel like we’re still growing, more than ever in some ways. So I haven’t found a way to balance those things yet.

SD: What are some of the biggest differences between making records now and when you were, say, in your twenties?

JM: Well, from a technical standpoint, it seems like the whole world has changed. But I think we’re better at it now. We’re more comfortable now. As far as a business world, it is very much like the basic premise of “Futurama.” We started such a long time ago, and to look around now, it’s like this dystopian future that we’re currently in.

SD: Speaking of which, I’m guessing doing the closing credits for “The Simpsons” has to be a career highlight.

JM: That was quite a day! One of the writers of the show was a fan of ours and came to see us one night. He introduced himself and I recognized his name right away. We stayed friends for a while, and he thought we’d be really good for the music at the end of an episode he’d written. He asked us to do it, and we dropped everything.

It was so much fun. The only specification they gave us was to make a psychedelic version of the theme song. Knowing us, basically our lives are centered around psychedelic music. So we did three demos: one based on “Tomorrow Never Knows,” which they used; one based on “Ohm” by John Coltrane, which was pretty out there; and another based on Davie Allan and the Arrows, kind of a biker-rock version. Actually, that one would make a good single. We should put that one out.

The print version of this article was headlined "Not Fade Away".