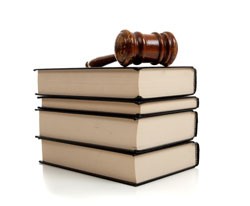 This month, I’ve noticed a fire sale on America’s heritage. New York City is selling its public libraries and schools — unique, historic, beloved neighborhood institutions — to private developers. They will tear them down, construct steel-and-glass luxury condos and office towers in their places, and tuck the books and kids back in on the first floors.

The reason for putting the buildings — or, rather, the earth beneath and the vast, unmonetized sky above them — on the block is to raise the funds necessary to run and maintain the libraries and schools.

To pay its rising debt, the U.S. Postal Service is taking its post offices to market, too, many of them designed during the New Deal, when the government paid artists, architects and writers to restore the economy by glorifying the civic ideal.

In Virginia Beach, Va., a post office built in 1937 was recently demolished to make room for a Walgreens. In Greenwich, Conn., an imposing 1917 Classical Revival edifice has been sold to a real estate mogul for $15 million. He is converting the PO to a Restoration Hardware.

In Auburn, N.Y., Thomas Cole’s wonderfully weird 1839 landscape “Portage Falls on the Genesee” is to be taken from the Seward House Historic Museum and auctioned at Christie’s. A copy of the canvas will be hung in its place.

Yes, the museum is short of funds, but that, say the museum board and the foundation that owns the painting, is not the only reason for the sale. The Cole was in peril of damage from a leaky roof or a visitor who might tumble into it, they contend — though no such calamity has befallen “Portage Falls” in the 100 years it has been on public display.

The canvas was appraised at $18 million five years ago — “too valuable to be left in an institution that does not have the resources to protect it fully,” as the New York Times paraphrased the opinion of the foundation. Or too valuable not to cash in?

At Vermont’s own St. Johnsbury Athenaeum, where other Hudson River School paintings live — notably Albert Bierstadt’s commanding “Domes of the Yosemite” — the trustees who fired the entire in-house staff to balance the budget have also asked their new curator to cull the institution’s fine art and rare books for items that might bring in some bucks.

“For the last 100 years we haven’t done anything with these collections to raise revenue,” vice-chair Gilbert Steil told the Caledonian Record. The trove was apparently being wasted on readers, art lovers and historians.

It’s not just art and architecture that are being privatized in the name of the public good. In Colorado, for instance, conservationists are buying up the drilling rights on public lands that would otherwise go to oil and gas companies and placing covenants on the leases that bar extraction of the natural resources forever.

Some of these environmentalists are joining the privateers because they’ve lost hope of ever beating them. Others have more confidence in “public-private initiatives” — which usually mean taxpayer-funded “incentives” to get the private sector to invest for its own profit — than in state control.

It’s not an irrational feeling. After all, President Obama has leased more acres to the extractors — “We’re drilling all over the place!” he exclaimed proudly — than he’s consecrated for permanent protection. Reagan and both Bushes did better.

But the political calculus that has environmentalists sewing up the market rather than pushing the government to shut that market down is the same one that inspires Democratic presidents to lower U.S. energy costs by lending the nation’s mountaintops and water tables to the highest bidders, rather than legislate energy efficiency.

Thirty years of government bashing and antitax mania have left U.S. policy with nothing but “market solutions.” And because we’ve decided we cannot raise taxes on anyone, the state cannot afford to take care of what belongs to everyone.

What is the alternative to taxing the wealthy? Cede them the public’s property to watch over. The only way to safeguard the public trust, it seems, is to put it in private hands.

“The spirit and direction of the Nation are founded upon and reflected in its historic heritage,” reads the National Historic Preservation Act of 1966. “The preservation of this irreplaceable heritage is in the public interest so that its vital legacy of cultural, educational, aesthetic, inspirational, economic and energy benefits will be maintained and enriched for future generations of Americans.”

Congress felt in 1966 that the government was not doing enough to protect that heritage “in the face of ever-increasing extensions of urban centers, highways and residential, commercial and industrial developments.”

Unfortunately, the preservation law is mostly carrot (exhortations, funding) and, as far as I can tell, no stick. There’s no penalty for defiling irreplaceable history by, say, replacing it with a Walgreens.

Nor does the act distinguish between objects and places created with public money, like the New Deal post offices, and those, like the New York Public Library, that were financed by private donors such as the Carnegies and the Astors, who (in between hiring thugs to shoot at striking workers) understood that they didn’t get rich without the sweat of the populace and the collaboration of the state. It is based on the principle that public things become public not just by intention or funding but through use, emotion and memory.

The Auburn Citizen, in an editorial on the sale of the Thomas Cole, called the painting “much more than an asset.” Although it was never city or state property, “it’s fundamental to this city and this state’s history.”

Other countries stringently prohibit the sale or export (or, in many cases, even the minor alteration) of the national or cultural “patrimony.” Public goods — from antiquities to great writers’ letters — cannot be privately owned. History cannot be monetized.

In the U.S., by contrast, the only values are property values; the only way of recognizing worth (including the worth of such intangibles as health and education) is to put a dollar sign on it.

But once a public good is appraised at Christie’s, it becomes a commodity. The more iconic, rare or beloved the thing is, the higher its commodity value. When the thing’s only value is a commodity value, though, it is no longer a “vital legacy,” a living thing. It is just a thing. Then it starts to clutter up the inventory, its price tag sending off an insistent signal. Like that Cole, it is “too valuable” not to sell.

But here’s the irony, and the tragedy: As soon as something invaluable has a price, its value plummets. Commodified, the great painting, the neighborhood library or the Colorado mountainside is too valuable to be invaluable.

The price is so high that it is no longer priceless. And we are poorer for what we own.