Alpine Shop Prepares for a New Kind of Ski Season 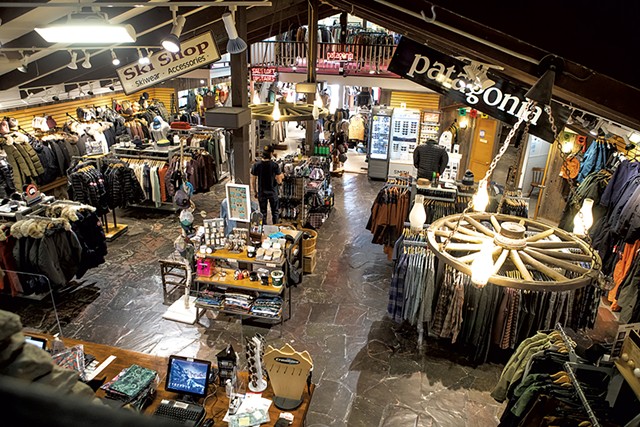 In early spring, soon after Alpine Shop closed as part of Vermont's pandemic lockdown, owner Andy Kingston made plans to cancel a backup order of bicycles he figured no one would want.

Then, during a Zoom meeting, he heard fellow retailers of ski and outdoor sports equipment mention a surge in demand for bikes. Families looking to get out of their homes during the pandemic were buying wheels.

Kingston, who owns Alpine Shop with his wife, Becky, didn't cancel the order. As it turned out, he needed it — and then some.

"We were sold out by June," he said. "You're normally left with a lot of bikes at the end of the season." Nationwide shortages kept him from ordering more.

Kingston and his counterparts on the Zoom call belong to a buying group called Sports Specialists that gives them the power to negotiate better deals with suppliers. Their industry has been one of the hottest during the pandemic due to an avalanche of interest nationwide in outdoor recreation and the gear to support it. But there's a downside: With reduced factory staff, many producers of that gear have struggled to keep up with orders.

In June, sales of bicycles were up 63 percent over the previous year, according to a report by retail research firm the NPD Group. Kingston had trouble getting not just cycles but also bike tires and components.

Now, as Vermont approaches its first ski season to start during the pandemic, Kingston said he feels hopeful.

"I'm really bullish on specialty retail," he said last week from his office on Alpine Shop's second floor. "We're seeing in our industry that our businesses are going to do fine and, in some cases, do extremely well."

The shop's Swiss chalet-style façade is a landmark on busy Williston Road in South Burlington. The 57-year-old Alpine Shop is one of New England's biggest providers of leased ski packages, Kingston said. The rental option appeals to skiers who prefer not to spend $1,000 or more on a new set of skis, boots, bindings and poles. Seasonal rental packages, including size swaps as needed and free tunings, start at $99 for kids and $179 for adults. The shop also sells used and past-season gear at a discount and has a bargain floor upstairs.

"We can usually work around most people's budgets," Kingston said.

On a typical fall weekend, customers would crowd into the store to get outfitted for their rentals. This year, to maintain social distancing, Kingston requires appointments for lease packages. Alpine Shop's basement storage area has become a fitting center where staff can handle one group at a time. Boot-fitting benches now have plastic dividers.

When Alpine Shop closed in mid-March with other nonessential businesses, Kingston furloughed most of his 40 or so employees. The store had just begun to wind down from its busy winter season and prepare to outfit customers for tennis, swimming and biking. 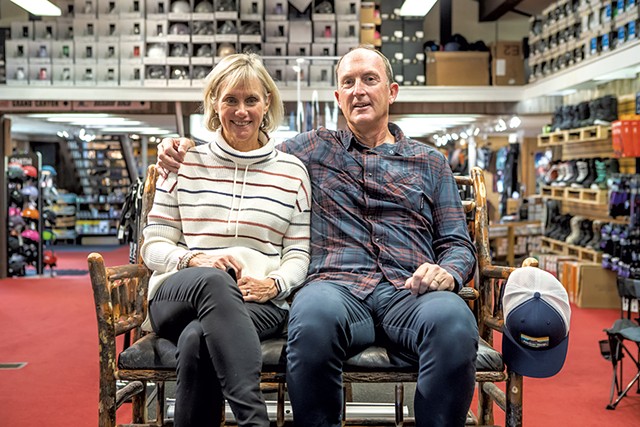 Kingston's first COVID-19-related challenge was figuring out how to collect rental ski equipment from Alpine Shop customers whose season lease was up. He came up with a novel solution: offer those customers a 20 percent discount on the coming winter's rental. They could keep their package or swap it for a different one at the start of the season.

About 1,000 customers took advantage of the offer, helping Alpine Shop pay its bills at a difficult time. Sales in April and May dropped more than 50 percent compared to the same months in 2019, Kingston said.

Such innovative problem solving is typical of Kingston as a retailer, said Dave Nacke, president and CEO of Sports Specialists.

"He always comes from a very intellectual approach," Nacke said. "He thinks it all the way through ... It's strategic and calculating, but calculating in a good way."

The Kingstons bought the store in 2011. They had no retail experience, but a ski shop seemed like a good fit; the couple met on the slopes while attending Colgate University. Andy, who grew up in Northfield and has skied since age 2, was Becky's downhill instructor.

In his office, Andy Kingston keeps three pairs of skis from the 1950s lined up against a wall. Two pairs belonged to his parents and are some of the first — and still best, he said — metal-edged skis ever made. His sister found them in the family's house in South Hero the day the Kingstons bought Alpine Shop from the children of the original owners, Chuck and Jann Perkins.

At that time, the store's online business was only about 2 percent of sales, Kingston said. The new owners invested in a more sophisticated website, which now accounts for 30 to 40 percent of sales.

Clothing — jackets, fleece pullovers, hiking pants and more — dominates the front of the store. That category makes up about half of Alpine Shop's sales, Kingston said, but was slow to recover after the store reopened to in-person shoppers in May. Over the summer, amid continued worries about COVID-19 exposure, no one wanted to try on clothes.

Alpine Shop reduced its orders for some clothes and swimsuits and shifted its spending to technical gear for activities that people can do solo or socially distanced, such as climbing and backcountry skiing. It was another sharp move: "Our September sales of backcountry surpassed our entire year last year," Kingston said.

Kingston also anticipated that this winter's restrictions on access to ski resort lodges would create a need for tailgating products. Though camping had never been one of the shop's specialties, he brought in foldable chairs and tables, coolers, and portable stoves for families who might need to put on boots and grab meals in resort parking lots.

Kingston hopes these efforts help Alpine Shop recoup some of its losses. He retains an optimism that's virtually required in the Vermont ski industry, dependent as it is on uncontrollable forces such as the weather.

"We're used to uncertainty," Kingston said, "but this brings it to the next level."