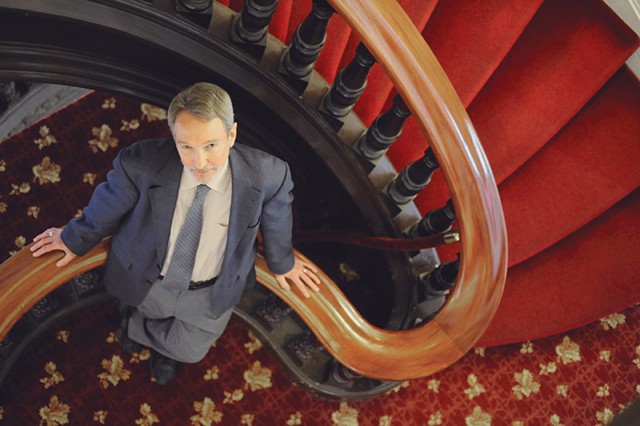 Allen Gilbert has been thinking a lot about drones lately. Not the ones that rain Hellfire missiles on militants in remote parts of the Middle East and Asia. But spy drones that could monitor the movements of Vermonters — and, indeed, of all Americans — here at home.

“I think we’ll have drones flying overhead in Vermont within a year,” predicts Gilbert, executive director of the American Civil Liberties Union of Vermont.

“Over the last 10 years, Vermont has been transformed into a state where we are being watched,” Gilbert wrote in the Vermont ACLU’s 2012 annual report. “Vermont, with little or no public discussion or acknowledgment, has become a surveillance society.”

Now state lawmakers are finally taking an interest in these issues — owing in large part to Gilbert’s lobbying skills. More than anyone else, the mild-mannered advocate has watchdogged the police and other public officials in the name of accountability.