Allan Day's Heroic Save of a Historic Piano 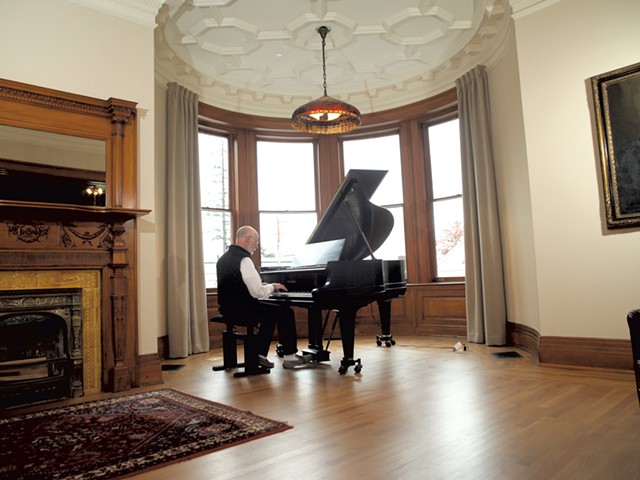 Now that the historic 1892 Edward Wells House in Burlington has been restored to its former glory — never mind the parking lot marring its southern elevation — anyone can pop in and marvel at the transformation. Wells was a highly successful pharmaceutical entrepreneur who died in 1907. From 1924 to 2006, his extravagant, beautifully crafted residence on Summit Street was the home of the University of Vermont-born fraternity Delta Psi — known for its 100-keg Octoberfest parties. Hardly a trace of that wear and tear remains in what is now the new UVM Alumni House.

It may surprise onlookers to know that one of the biggest jobs inside the house was the resurrection of its piano, a handsome 1926 Mason & Hamlin parlor grand. Its savior was Allan Day, and it's not hyperbole to call his efforts heroic.

The Williston-based piano tuner recalls his first glimpse of the instrument a decade ago. "It was a wreck. It had been used for years as an ashtray, as a urinal — you name it," he says.

Inside the chipped and warped case, Day discovered old swizzle sticks, postage stamps and a 1926 penny. Using the intact serial number, he traced the piano's production to the same year. But the urine-damaged wood soundboard, the layer of the instrument that adds volume to the strings' vibrations, was beyond repair. 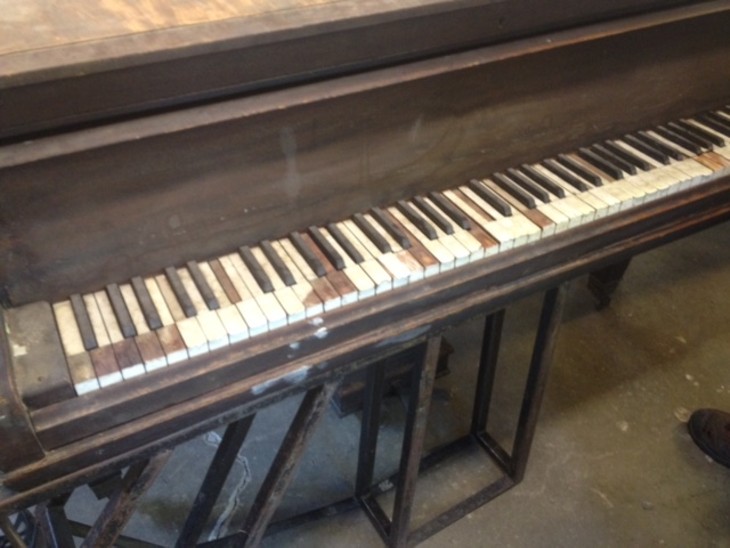 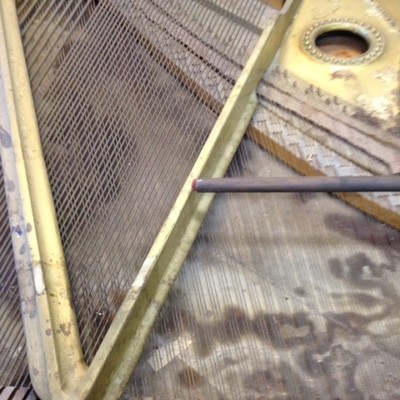 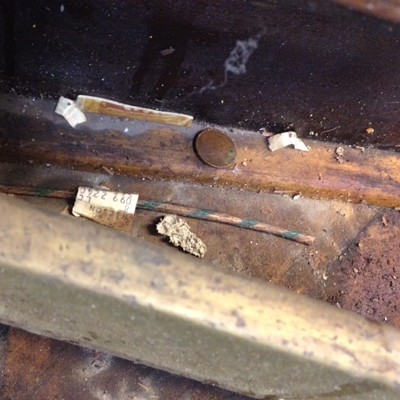 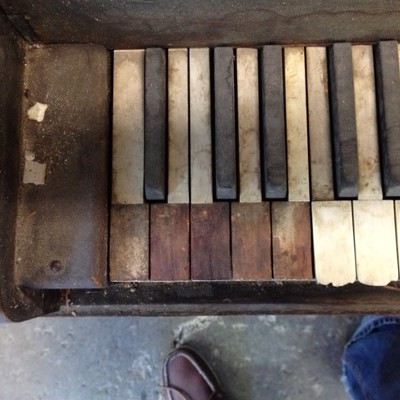 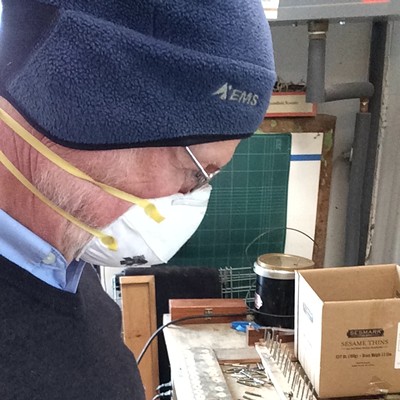 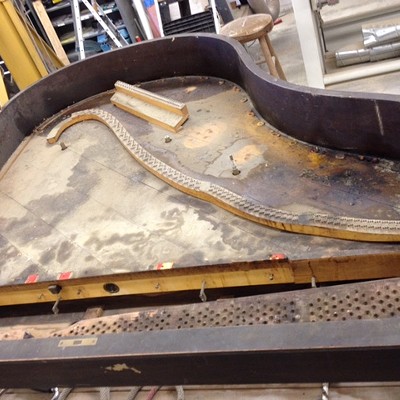 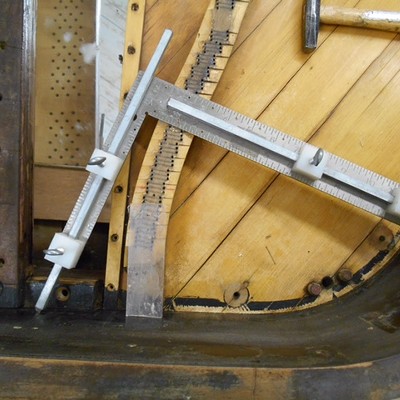 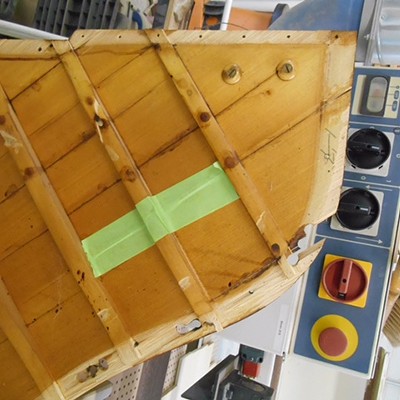 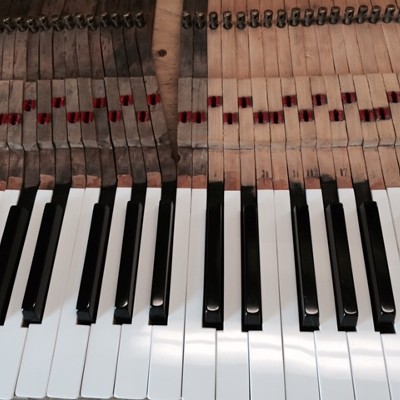 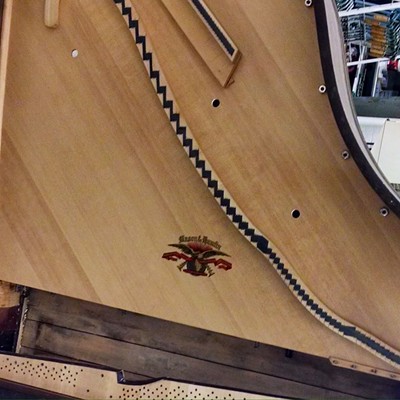 
Day, 69, estimates that he rebuilds the action — meaning the keys, the hammers and the linkage in between — on about 12 pianos a year. In his 45 years of experience, he has rarely encountered a piano that needed a new soundboard.

Philip Ambrose, 80, a former UVM classics professor, was responsible for calling Day to the rescue. Ambrose served as Delta Psi's faculty advisor in 2006, the last year of its existence, and has been a lifelong pianist.

"When I saw the piano, it was in absolutely terrible shape," he recalls. "The intention was to send it to the dump. But I played the A above middle C, and it was more or less 440" — that is, still at normal pitch. "I look at pianos as if they were living animals, and I saw that this animal was worth saving," Ambrose says. Day agreed, and estimated that a full restoration would cost $30,000.

Five years after Day got his first look inside the piano, the house's interior restoration had progressed to the point where Millbrook Building & Remodeling needed the piano out of the way. So Day had it transferred to his storage facility. Then he called the UVM Foundation, the entity in charge of raising the private funds to restore the house and build its addition. He suggested that the piano's historical significance would justify its restoration.

"They thought it was a great idea," Day says. The foundation found a donor to give $20,000. Day and Ambrose split the rest of the cost.

Asked if he often feels the need to fund the restoration of historic pianos, Ambrose says with a chuckle, "I have a tendency, yes." Among his rescues are his own 1887 85-key Steinway and a 1901 Knabe, which he paid to have moved to the St. Mary's Episcopal Church parish house in Northfield.

Restoration of the Alumni House piano began with Day removing the action and shipping the case to Absolute Piano Restoration in Lowell, Mass., which built and installed its new soundboard. Then the whole was shipped to Meeting House Furniture Restoration in Quechee, which refinished the case. "They were extremely finicky," notes Day, adding that the company has restored objects for the Smithsonian Institution.

With the help of his apprentice, Emily Roth, Day spent nine months rebuilding the action — including refinishing its rare cocobolo-wood damper heads — and restringing the piano. One of the many pictures he took of the restoration's progress shows him using a straight edge to level the keys, and replacing their broken ivory keytops with plastic. (It is no longer legal to use ivory.) Day's last step was to affix that 1926 penny to the bronze-coated cast-iron plate to which the strings are fastened, below the words "Mason & Hamlin, Boston."

While house renovations were being completed, the restored piano sat in a room at the UVM music department. In that environment, it sounded merely "ordinary," says Day. So he was unprepared for the "astonishing" sound it made in the southwest apse of Alumni House, where the instrument now sits at the ready. "[It's] like bells pealing," Day says. "The acoustics in that place are out of sight."

The apse was originally built as a music room and has a carved sycamore fireplace (each room was finished using a different wood) and a coffered ceiling. The UVM Foundation has decorated the room with two portraits of Grace Coolidge that once hung in the Waterman Building. The former first lady grew up two blocks away, on Maple Street.

After the piano's installation in August, Day noted with concern the effects of the unrelenting southwest sun on the instrument; he paid for and installed a piano climate-control system. He also donated the piano bench, as the original had gone missing. Day and Ambrose will donate curtains for the room's windows, as well.

This project — the biggest of Day's career — has resulted in a piano that will last another 75 years.

"There are six good pianos in Chittenden County," opines the tuner, "but I would put this one in contention with all of those."

The original print version of this article was headlined "Key Player: Allan Day Brings Historic Piano Back From Ruin"