'All the Traditions' Turns 25, BeUVT Is Born, and Madaila Return 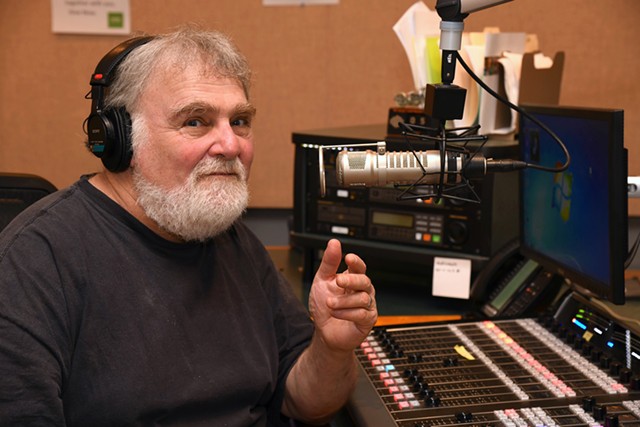 Sometime during the quarantine, I bought my dad's old car. It's a great ride, full of luxury features that cars a decade or so ago had. I love it and have been roving all across the state in it this last year. The only downside is that the car must have been the last model off the line not to be equipped with Bluetooth, and the A/V jack has been toast for years. For a guy who loves to drive and listen to music, this has been a bit of an issue.

Is there a six-changer CD player in this bad boy? Oh, you fucking know it. My CD collection isn't what it used to be, so right now I have Pink Floyd's The Piper at the Gates of Dawn, Kanye West's 808s & Heartbreak, a weird mix CD my cousin made me in 2003, and the Batman Forever soundtrack loaded up. (The Nick Cave and the Bad Seeds song on the Batman soundtrack is so good that it makes up for Tommy Lee Jones' performance as Two Face.)

Because these four discs only managed to hold my attention, or morbid curiosity, for about a week, I have found myself scrolling the airwaves more and more. And while some of my copilots on road trips lately haven't loved my ADD-fueled romp through local radio stations, I've actually come to enjoy the feeling of just hitting the seek button and seeing what the hell I find. Some highlights include having "Here Comes the Hotstepper" by Ini Kamoze stuck in my head for a few weeks, listening to hours of French Canadian pop and pretending I'm somehow learning French through the process, and realizing that I now like Jackson Browne. Life comes at you fast.

Another highlight has been diving back into Vermont Public Radio, particularly listening to "All the Traditions" during Sunday drives. The folk and world music program first hit the airwaves almost 25 years ago, on October 16, 1996. Nearly 1,300 shows later, host Robert Resnik is still going strong, playing a wide range of folk traditions in the free-form show, as well as focusing on Vermont-centric music.

"Producing this show is still one of the joys of my life," Resnik wrote in an email about the upcoming milestone anniversary. "What could be better than being able to share some of my favorite music with longtime friends?"

Resnik has been a fixture in the local music scene for decades. He first spun records in the early 1970s on WRUV 90.1 FM when the college radio station was located in an old barn behind Pomeroy Hall on the University of Vermont campus. As a musician, the multi-multi-instrumentalist — he can play at least 30 different instruments — appeared on a host of locally produced records over the years and gigged near-constantly, often alongside his longtime musical partner Marty Morrissey, who died in March.

In 2013, Resnik published Legendary Locals of Burlington, a book detailing the Queen City's vibrant musical legacy. He also received the 2019 Herb Lockwood Prize in the Arts for his many contributions to music in Vermont.

In his email, Resnik gave shout-outs to the show's program directors, engineers and music librarians, then made special mention of his old WRUV compatriot Doug Jaffe.

"A gold star for Doug, who urged me to audition when he heard that there might be an opening for a folk DJ on VPR," the host wrote.

After a quarter century of classing up the airwaves, here's to many more years of "All the Traditions" and Resnik spreading the gospel of Vermont music.

The event is a celebration of Vermont's place in civil rights history: On September 1, 12 years ago, the state granted same-sex couples the right to marry. (Vermont was also the first state in the country to introduce civil unions, in 2000.) Performers include folk-pop act the Smittens, Canadian recording artist Maggie Szabo, self-described "psychedelic cowboy chick" Steph Pappas, and Craigen, the two-headed DJ team of Matt Hagen and Craig Mitchell.

"Looking back on my life, I've always been a social justice warrior," Mitchell wrote in a recent email. "Vermont has given me the space, strength and patience to develop. BeUVT helps us all celebrate and support a future where everyone has the freedom to express their true selves."

Though the virtual event is free, donations are encouraged and will help fund the creation of what Music to Life executive director Liz Sunde dubs an "Activist Musician Accelerator." The accelerator aims to support local musician-activists who use their art to enact social change.

Sunde cofounded the foundation with her father, Noel Paul Stookey of the folk trio Peter, Paul & Mary. She has high hopes for the Activist Musician Accelerator.

"We've worked around the country with musician change agents," Sunde pointed out. "Turning our attention to Vermont, my home state, helps bring our learning closer to home and hone the skills of local artists to effect change."

"We're so happy to work with Music to Life," Lockridge said. "We want to bring more strength and capacity to our activist musicians. They light our way."

The event, which goes live on social media at 8 p.m., is hosted by Rep. Taylor Small (P/D-Winooski), the first openly transgender member of the Vermont General Assembly. There will also be a video presentation of historical news footage regarding the civil union movement in Vermont, coordinated by WCAX-TV (Channel 3) anchor Darren Perron.

Last weekend, I took a trip down to ArtsRiot with a friend. Neither of us had set foot in the club since it reopened a month ago under the new ownership of entrepreneur Alan Newman. Like many a Burlingtonian, my friend and I have a lot of history with the South End venue and witnessed plenty of unforgettable shows there. (The DIIV show was really something else.)

Both of us had conflicted feelings as we looked around the renovated space. It was around 11 p.m., and most of the people still drinking were out under the stars on the deck. We felt a lingering sense of unease; it was like finding yourself at your old high school and not recognizing much.

We finished our drinks and made our way to the exit when we noticed Disco Phantom spinning vinyl on the stage and a small crew dancing in front of the DJ. As I took in the scene, I started warming up to the new digs. The music and the dancers seemed to activate the whole place, and what was austere one moment became expansive. The coldness my friend and I felt at first began to melt away, and I suddenly couldn't wait to come back for a show.

Turns out, I won't have to wait too long. Dance-pop act Madaila return to the stage this Saturday, September 25. The well-loved local act has undergone a host of changes in the last couple years. Once a five-piece live show wrecking machine, Madaila became a prolific studio solo project for front person Mark Daly, who has released three albums in the last year alone.

In an email to Seven Days, Daly promised a unique solo set but suggested we "be on the lookout for exciting additions and different lineups." Sounds like a good chance to check out what a show in the new ArtsRiot will feel like, especially with indie rockers Father Figuer on the bill, as well. The show is free and gets going at 8 p.m. sharp.

Vermont-born R&B artist and current Berklee College of Music student Eva Rawlings has released "Tell Me What You Like." The track is a slow-burn, electro-pop banger that showcases Rawlings' smooth melodies and rhythmically sophisticated flow. In her press release, Rawlings said the song is all about "women's sexual liberation and rejecting male validation."

Latin music outfit Grupo Sabor 2.0 releases "Cara de Hielo" on Friday, September 24. The group is composed of multicultural musicians from the Dominican Republic, Canada, Spain, Japan and the U.S., who create a unique blend of salsa and merengue music mixed with jazz and electronica. Head over to gruposabor.com to hear "Cara de Hielo."

When you hear the name Led Zeppelin, you think flamenco guitar, right? No? I can't imagine why not. But Barton's own Lightning Ray & the Gypsy Caravan have answered a question maybe no one was asking by releasing a flamenco rumba rock cover of "Stairway to Heaven." (Someone tell Ray Padgett!) Not that I have much experience with "flamenco-rumba rock," as it is apparently a brand-new genre, but based on the more-than-nine-minute-long track, well ... I'm sort of a fan?