All Inn the Family: Three Sisters Have Transformed Craftsbury Farmhouse

In 2018, Lisa and Tom Sedore gave their four adult daughters some unwelcome news: They needed to sell their farmhouse and homestead in Craftsbury, which had been in their family since 1900.

The place held a lot of history for the sisters: Their great-grandparents lived on this land in Vermont's Northeast Kingdom, offering room and board to city lodgers who helped out on their working farm. Their grandparents summered on the property and returned in retirement to run a bed-and-breakfast in the farmhouse. And their parents renovated the old barn and raised their daughters there.

"None of us were feeling great about the idea of this being sold," sister Jessie Upson said.

So she and two of her sisters, Lindsay Beer and Katie Meyer, decided to see whether some creative recasting of the property could keep their childhood home in the family.

"Creative" was the operative word. The women formed Sedore Sisters LLC, bought the three interconnected buildings on the grounds and, by late 2019, had launched a multifaceted business. The reinvented Craftsbury Farmhouse offers overnight lodging, a full-service restaurant called Blackbird Bistro and a wellness center known as Whetstone Wellness. 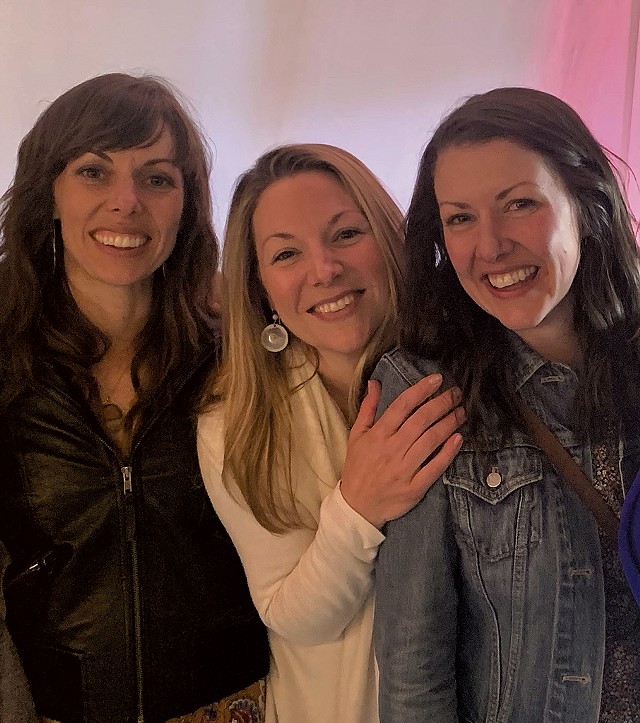 It wasn't too much of a stretch to imagine the property as a business. The sisters began working at their grandparents' B&B, in the 1826 farmhouse, when they were girls in the 1990s. Upson fondly recalled eating the leftover baked goods her grandmother prepared for guests in her bright-red AGA oven; she also helped with the housekeeping. "My grandma paid very well," she said.

The two-bedroom guest suite, which sleeps up to four, was once farmhand quarters, Beer believes. Part of the former B&B, it's where her aunts and uncles stayed when they visited. Today, the cerulean walls, gold-framed mirrors and wrought-iron door latches make it equally cozy and elegant. 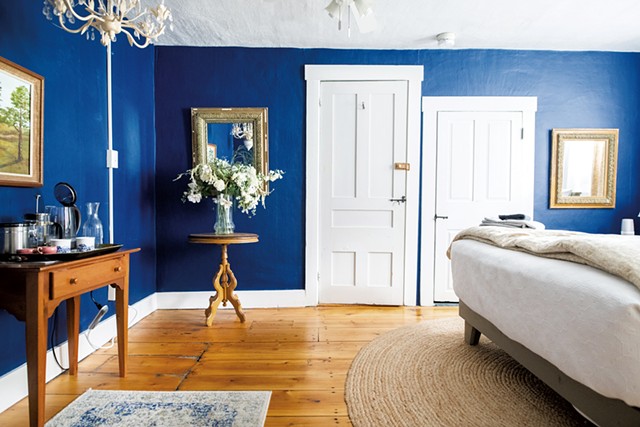 Thanks to renovations by Upson's father and father-in-law, a formerly empty attic space in the farmhouse is now the king suite, which sleeps two to six people. Broad pine floorboards, jade-painted walls and an antique wool spinner marry the antique and the contemporary. A mural painted by Upson, depicting an old barn and a sunset, graces the wall behind the headboard.

The indoor rooms range from $120 to $130 per night, and all stays require a two-night minimum.

Guests who want an outdoor experience with the comfort of modern amenities can opt for one of the three tepee-style glamping tents, available from June through October for $110 per night. (For those not in the know, "glamping" is a portmanteau of "glamorous" and "camping.") A pandemic-era addition that the sisters intend to keep, these large tents have real queen beds, propane heaters and firepits out front. Glampers share an indoor bathroom and can make use of a cozy lobby area in the farmhouse.

All guests have access to an infrared sauna and whirlpool, and they may choose to round out their stay with outdoor yoga classes or treatments at Whetstone Wellness, named for the Whetstone Brook that runs along the property. On the site of the sisters' childhood bedrooms, the center offers massage, acupuncture, facials and Tibetan sound healing therapy. Visitors can even book a massage by the water. 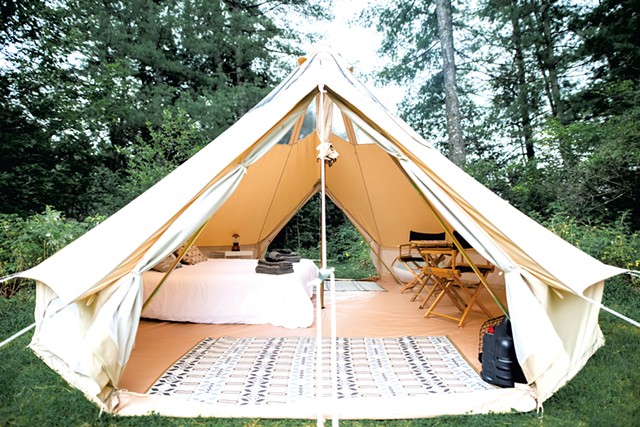 Upson said the loss of two friends in the community to suicide was one of the factors that led her to create the wellness center. She wanted a space that supports people's mental health and "normalizes self-care, in many different facets," she explained.

Family friend Lee Kinsey renovated and opened Blackbird Bistro on the property in November 2019. It offers memorable craft cocktails, pub food with local ingredients and an expanded dining terrace. Upson is proud that all of the businesses in the complex are owned by women, many of whom are from the area.

"The biggest piece of feedback we've gotten from community members is that it's nice to not have to drive 30 minutes to get a massage or go out to dinner or go to a yoga class," Meyer said. "It's nice to be part of the Craftsbury scene."

The three sisters, all of whom are mothers, maintain separate roles in the businesses. Meyer handles the bookkeeping and training for new Whetstone practitioners, Upson maintains the buildings and grounds, and Beer manages the housekeeping and scheduling. Beer also offers herbal teas, which she grows at Greensboro's Wilson Herb Farm, to farmhouse guests during their stay. The three entrepreneurs and their other sister, Megan Amell, all serve at Blackbird Bistro. 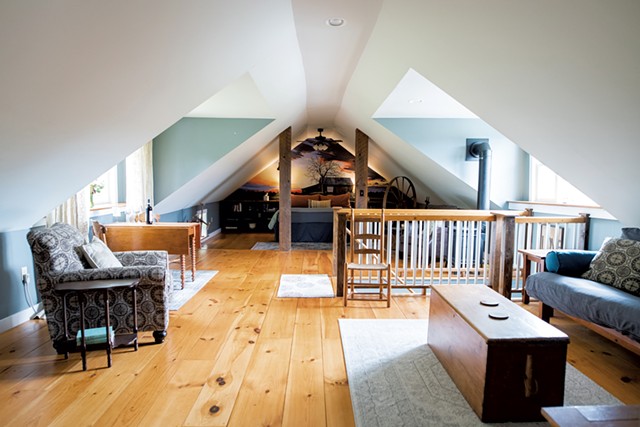 Although the sisters are happy with the new incarnation of their family home, a sense of wonder at the property's evolution sometimes sneaks up on them.

"The word 'surreal' comes out a lot," Meyer said. "I was clearing tables the other night at the bistro ... I'm hearing voices and laughter, thinking, This feels like any summer night of my childhood — filled with activity, watching the stars come out. Mostly it just feels like home."

As one recent guest noted in a five-star review on Tripadvisor, "The love for the home is evident and shines through ... If you want a lovely getaway — this is the place!"

Occasionally, visitors tell the Sedore sisters stories of spending time on the property when their grandparents or great-grandparents owned it. A bistro guest shared that, decades ago, he and his family used to come up from the city in the summers to participate in the work exchange program on the farm, which Beer said her great-grandparents established in the 1920s.

Upson heard from a man who helped his electrician father work on the house in the 1960s, she said. Father and son found an old beam with signatures on it that the electrician claimed to have traced to the Underground Railroad.

The beam remains, mounted above the bistro, but has been covered up since that story's era. It would need to be unearthed to have its legend verified or debunked.

"We would have to knock down some walls, which we've been wanting to do for a while," Beer said. "It's the last corner of the home that hasn't been renovated."