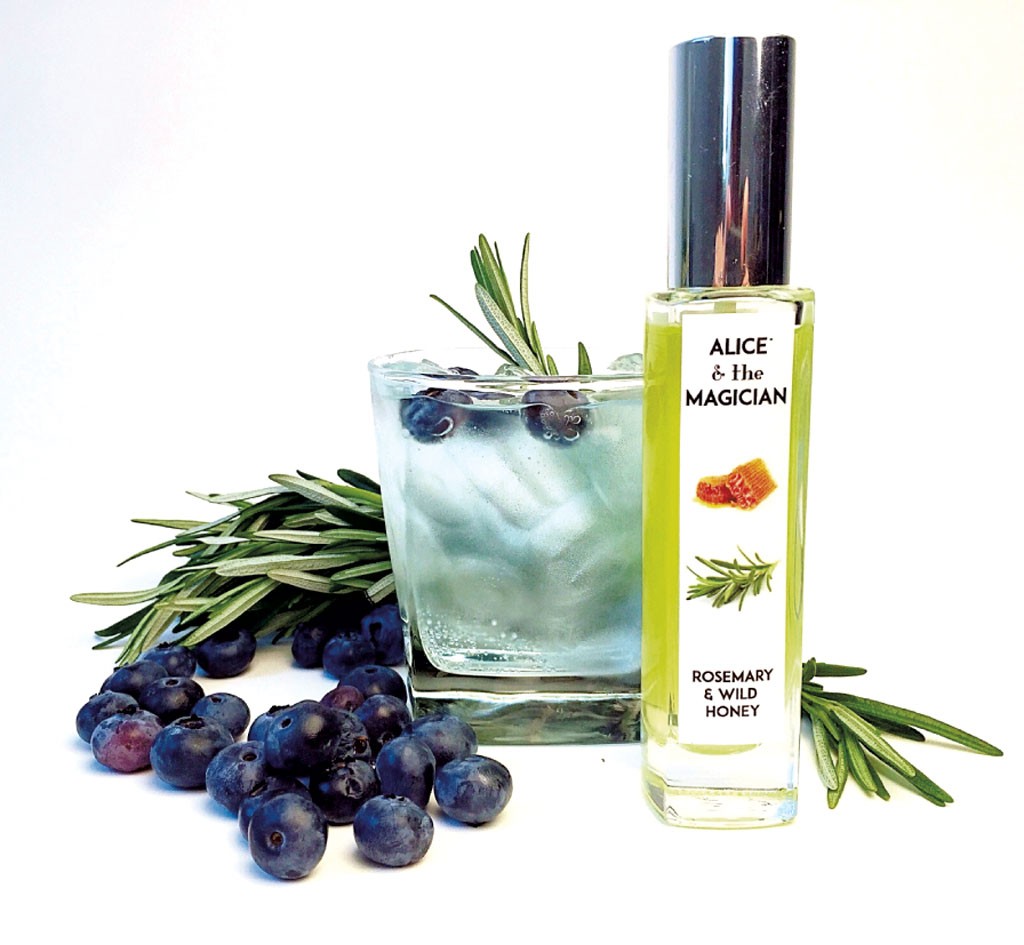 Vermont's first culinary fragrance company has a space to call its own. Alice & the Magician debuted its new laboratory and "aroma bar" with an event on Saturday, August 8.

"We just needed a much larger space," said owner and perfumer Aaron Wisniewski. His new location, at Burlington's Pine Street Soda Plant building, is certainly more accommodating than the small cubicle he maintained until now at the downtown Generator.

"I made the space into an R&D area where me and a few people can sit down and really have a sensory experience," Wisniewski said. Adjacent to that workspace is an "aroma bar and lounge" with an eight-foot bar and a couch where nosy customers can sink deep into the olfactory enterprise. There Wisniewski will retail his bottles of fragrances that are intended to change the flavors of cocktails and foods. But he also hopes it will be "a creative space for people to come and have a dialogue about taste and flavor and how they can make it fit into their bar or restaurant or home kitchen," he added.

While customers can bring their own drinks and foods for experiments, Wisniewski only obtains liquor licenses for special events. One of those was Saturday's kickoff, a preview of Wisniewski's planned monthly partnerships with local distillers for uncommon tastings.

On this occasion, he worked with Caledonia Spirits and Citizen Cider. One "in your face" combination called the Blue Apiary paired Citizen Cider's Dirty Mayor with Caledonia's Barr Hill gin gently infused with blueberries over ice. Wisniewski finished the cocktail with Alice & the Magician's rosemary and wild honey fragrance. For teetotalers, he took Thai iced coffee made with beans from Brio Coffeeworks and transformed it with spritzes of birthday cake fragrance. "It was so decadent, without being overly sweet or rich," said Wisniewski.

Customers can stop in for a taste and sniff Thursday through Saturday, noon to 7 p.m. The next tasting event will take place during September's South End Art Hop.

On a sadder — and less fragrant — note Vermont SportsGrill in South Burlington closed last week. The Williston Road sports bar replaced the state's only (and short-lived) Hooters in the fall of 2009. Longtime manager Chris Purdy took over ownership early this year. Calls to Purdy were not returned by press time.