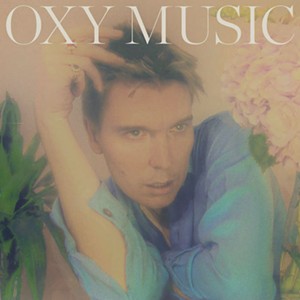 Taking in an Alex Cameron record is akin to starting a new book by a favorite author. You know you're about to meet a new set of characters, but chances are their voices will feel familiar from previous novels. So long as the writer has a style that combats repetition of theme, it works. Cameron possesses a similar quality in his songwriting, pairing hefty talent with a rogue-ish charm that offsets any moments of boorishness or sameness.

In the press release for Oxy Music, his latest record and fourth full-length, Cameron wrote, "The album is a story, a work of fiction. Starved of meaningful purpose, confused about the state of the world, and in dire need of a reason to live." The Australian songwriter based the album on Nico Walker's 2018 novel, Cherry, about an ex-soldier suffering from PTSD and an opioid addiction who begins robbing banks.

Oxy Music is hardly a straight adaptation. As Walker himself wrote in the album's liner notes, Cameron doesn't retell the story so much as use it as a launching point to delve into character work. That requires the chameleonic singer to occupy some less-than-savory characters — much as he did on his 2013 debut, Jumping the Shark, about a failed musician.

My guess is Walker wrote that blurb after listening to "Cancel Culture." The track could send listeners who miss the subtext into a rage, thinking that Cameron is making some sort of angry-white-guy stand.

"He said, 'Why you gotta cancel me?'" Cameron sings. "'Don't you know I'm just 18? I don't even know what that word means / Lily-white, but I listen to hip-hop.'" The song culminates with guest rapper Lloyd Vines repeating the phrase, "My nigga, you can't say that."

Cameron isn't preoccupied with presenting his actual feelings in his music, preferring instead to build sandboxes in which to play as a songwriter — though the darkness in his music suggests those might be filled with quicksand. As he sings at the end of the title track, "If you want some fun, my son / You only need one bullet and a gun."

Juxtaposed with that darkness, the record's rainbow-colored, '80s-flavored tonal palette signals that Cameron's tongue is planted in his cheek. Even when dealing with edgy themes, the compositions on Oxy Music are like a neon sign in the dark, flickering beauty amid ugliness.

While lacking some of the humor of his earlier catalog, Oxy Music is an otherwise triumphant effort from Cameron, a story told with multiple layers and gorgeous music.

Oxy Music is available at alkcm.bandcamp.com. Cameron plays this Saturday, May 14, on the Main Stage at the Waking Windows music festival in Winooski. Details are at wakingwindows.com.