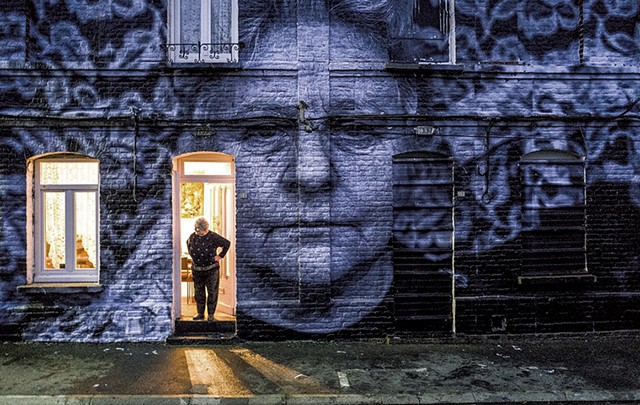 With Faces Places, Varda returns to familiar thematic stomping grounds. She finds a new way to move lithely among images and the built landscape (as in 1981's Mur murs) and to show the real lives of the French working class (as in 2000's The Gleaners and I).

Presented with confidence and simplicity, the film follows Varda, now 89, and slick, Godard-esque, thirtysomething French photographer and muralist JR as they rove the French countryside in a truck that doubles as a digital printing lab. Together, they seek so-called ordinary people to photograph and memorialize with larger-than-life images wheat-pasted to barns, industrial fixtures and timeworn village façades.

As an intergenerational road movie, Faces Places is charming. Prepare to delight in details such as Varda's feet dangling from a bench, not reaching the ground. As a cultural document, it's a non-didactic meditation on the unfailing magnetism of the human likeness and the power of scale, particularly in the social media age.

Varda once famously said, "This is all you need in life: a computer, a camera and a cat." Though soft in tone (and filled with computers, cameras and at least one cat), Faces Places practically bellows the needs not mentioned in her statement. Among them: creative kinship and the generous, unending authenticity of everyday people.