After the Flood: Update on Burlington's FlynnSpace 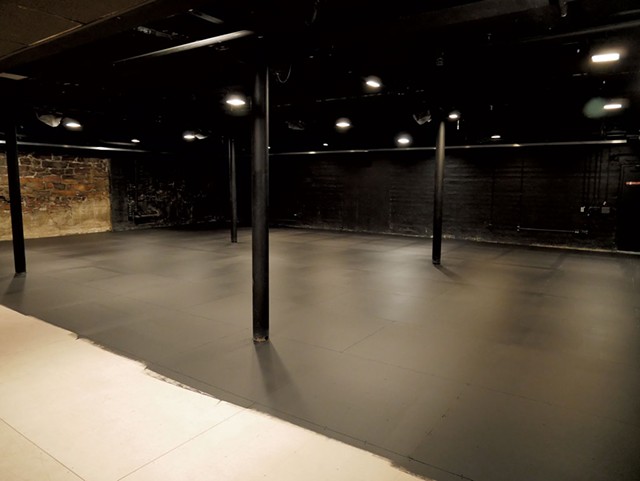 Repairs in FlynnSpace are moving forward as fast as possible following the devastation caused by the August 27 bursting of a water main in front of Burlington's Flynn Center for the Performing Arts. PC Construction is installing a new sprung (dancer-friendly) floor; replacements for damaged technical equipment are arriving from different manufacturers; and the bar area and dressing rooms are getting a redo.

Even so, the first two shows scheduled for FlynnSpace in the new performing arts season had to be relocated, writes Flynn executive director Anna Marie Gewirtz. One of them now has been rescheduled, as well.

Local comedian Josie Leavitt's one-woman show "So This Happened" will still take place on Thursday and Friday, September 20 and 21, at 8 p.m. But it's now slated for the Flynn MainStage, where the audience will join her for "intimate onstage seating," says Gewirtz.

Mohamed Abozekry & Karkadé will similarly perform on the MainStage, but the Sufi-inspired Egyptian musicians had to switch from Saturday, September 22, at 8 p.m. to Sunday, September 23, at 7 p.m. It's fortunate — for the presenters and ticket holders — that the group was able to make that change. Abozekry, an oud master, last appeared at the Flynn with the Nile Project, in 2015.

Gewirtz assures Seven Days that Vermont Stage will be able to produce the first show of its 25th season — The Curious Incident of the Dog in the Night-Time — as scheduled in FlynnSpace. The play, which runs Wednesdays through Sundays, October 3 to 28, will be the last production of Vermont Stage's longtime Flynn residence before the organization moves to a new home at Main Street Landing Performing Arts Center.

As for the refurbished FlynnSpace, writes Flynn marketing and communications director Kevin Titterton, "The silver lining is that we will have a rebuilt theater with new equipment, a new stage floor and a fresh coat of paint ready to welcome patrons back for another season."