After the Air Guard: Plattsburgh's 1995 Base Closing May Be Instructive for Burlington | City | Seven Days | Vermont's Independent Voice

After the Air Guard: Plattsburgh's 1995 Base Closing May Be Instructive for Burlington 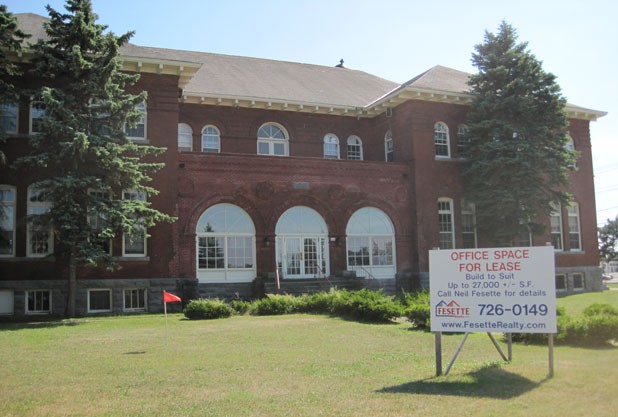 Perhaps the strongest argument in favor of basing the F-35 at Burlington’s airport is a negative one. Vermont Adjutant General Michael Dubie has warned that the Vermont Air National Guard station may close if the Air Force doesn’t select Burlington as a new home for the stealth fighter jet, taking as many as 400 jobs with it.

At a recent meeting, Burlington City Councilor Vince Dober (R-Ward 7) suggested that in the event the Air Guard facility goes away, the Burlington area could suffer as severely as Plattsburgh N.Y., did after its Air Force base closed in 1995. The economic impact on the Lake City was so calamitous, Dober suggested, that Plattsburgh now “can’t afford to buy rock salt.”

So how bad off is Plattsburgh today, 17 years after the base’s closure killed off 1000 civilian jobs?

Not too bad at all, according to several current and former local officials.

Although the Plattsburgh area’s unemployment rate of 9.8 percent is more than double Burlington’s, “we’ve recovered all the jobs that were lost,” says Mayor Donald Kasprzak. It took a while, he continues, but private businesses, government agencies and housing complexes now occupy all but a few of the 196 parcels of land into which the sprawling base was divided.

“In terms of economic redevelopment, it’s been pretty impressive for a relatively remote part of the country,” adds Clyde Rabideau, a contractor who was serving as Plattsburgh’s mayor at the time of the unexpected closure.

Herb Carpenter, 74, a former Plattsburgh police chief and head of the first air base redevelopment agency, goes even further. “Our failure to retain the base was the best thing that happened to Plattsburgh in my lifetime,” Carpenter says, noting that putting tax-exempt property into private hands pumped “millions and millions of dollars” into Plattsburgh town and city coffers.

Others are not as positive in their assessments. Plattsburgh’s population plummeted in the late 1990s — largely as a result of the base closure — and still has not returned to where it was when the base was home to 2000 military personnel, notes David Farnsworth, an engineer who worked for the Air Force’s base-conversion agency. The city counted 21,575 residents in mid-1990; 10 years later, the total had slumped to 18,823; and as of July 2011, the population stood at 19,949.

Diversity diminished as well, Kasprzak points out. He says fewer black and brown faces can be seen in the city since the base was shut down.

“It was a very difficult experience for the community,” Farnsworth says in reference to the first few years after the base shutdown. “Plattsburgh took a real economic beating.”

Rabideau, who now serves as mayor of the village of Saranac Lake N.Y., cautions that he doesn’t mean to suggest Plattsburgh benefited from the shutdown. “I’m not saying we’re better off now than then,” he says. “We’re doing OK, but I wish we still had the base.”

Everybody agrees that recovery was slow and painful from what Rabideau describes as “a massive body blow.” Political infighting compounded the widespread anger, despair and denial in the aftermath of the base closing, says current mayor Kasprzak, who served on the city council in the years just prior to the shutdown. “Many businesses were devastated,” he remembers. “Several of them closed.”

A sense of desperation gripped the community in the mid-’90s, leading it to try a rather operatic initiative. In 1996, the Vermont band Phish leased an air base runway for a three-day rock concert. More than 100,000 phans attended the “Clifford Ball,” which pumped an estimated $25 million into the local economy. But it was a one-off affair that some locals criticized and strongly opposed repeating.

Initially, the psychological effects of the closure proved as destabilizing to Plattsburgh as the economic damage, observes Rabideau, whose father and grandmother worked at the base. “We lost our identity as a military town,” he says.

One Battle After Another

Plattsburgh remains proud of its military history, as evidenced by the lamppost banners marking the bicentennial of the War of 1812. The Battle of Plattsburgh, fought on Lake Champlain in 1814, resulted in the decisive defeat of British forces. And a military compound that took shape in the city in the following decades figures prominently in the story of the Strategic Air Command base that was established in 1955.

Still referred to by local elders as the “old base,” the U.S. Oval — as it’s officially known — looks like a smaller version of Fort Ethan Allen in Colchester. Stately brick houses formerly occupied by Air Force officers ring an oval-shaped green. The old base was integrally associated with the “new base” that was built on 5000 acres, mostly outside the city limits but still within the larger town of Plattsburgh.

Most residents rejoiced at the Air Force’s decision to base B-47 bombers and F-111A fighter jets in Plattsburgh, but a substantial number opposed the coming of advanced military aircraft. Resistance centered on the looming shutdown of “Champlain College,” which would be evicted from the Oval as part of the deal with the Air Force.

The local chamber of commerce objected to the loss of some 200 jobs at the college, which had been established in 1946. But base backers prevailed. The school closed in 1953, its students were dispersed throughout the State University of New York system, and a few months later Burlington Business College claimed the name that would otherwise have died along with the Plattsburgh institution.

Some of the base’s immediate neighbors remained unhappy about its operation throughout its 40-year life span. “There was a percentage of people on the flight line that had legitimate complaints about the noise,” Mayor Kasprzak says. The fighter planes could be deafeningly loud on takeoff, as could the KC-135 Stratotankers that also flew out of Plattsburgh.

“But the community overall, because of our history, accepted the base,” Kasprzak adds. And the pleasant chimes of cash registers also helped compensate for the disruptive roar of jets. Plattsburgh merchants made money from the base’s presence, even though a lot of the transactions took place inside its fenced perimeter.

“The base was a small city unto itself,” says Lee Mitchell, chief financial officer of the Plattsburgh Airbase Redevelopment Corporation (PARC). It had its own hospital, shops, restaurants, golf course, bowling alley, gyms and hundreds of housing units, she notes.

The Barracks golf course, with its Adirondack lodge-style clubhouse, remains in operation today, but almost all the other structures have been demolished. The 2.5 miles of runways are also still intact. A portion of them is now used by Plattsburgh International Airport, which opened in 2007, and by the Department of Homeland Security, which carries out surveillance flights.

A number of businesses also call the former base home now, including: Wyeth Pharmaceuticals; Pratt & Whitney Engine Services; Multina USA, a supplier of components to transportation manufacturers; and Bombardier, a maker of rail cars. “It developed into a home for Canadian transportation and equipment companies and their suppliers,” Rabideau notes.

A retirement housing complex is also situated on the base, along with a private, 300-home residential development converted from old Air Force housing.

“The biggest coup was bringing in Bombardier” a couple of years after the base closed, Rabideau says. Although the 300 jobs created by the company were not situated on the former air base, its arrival in Plattsburgh lifted local morale considerably. And Bombardier did subsequently build an $8 million rail-car test facility on a portion of the base.

Many people involved in the redevelopment hoped to see another Bombardier-style “home run,” author Marian Calabro recounts in her 2008 book Flying High Again, which traces the history of the base and its transformation. But progress proved incremental. A long series of small successes has taken PARC to the point where it now has only five part-time employees, as compared to the 90 full timers who were working for it 15 years ago. When the remaining 11 parcels are occupied, PARC will go out of business entirely, chief financial officer Mitchell explains while seated at a desk in a suite of unoccupied offices.

Burlington is not Plattsburgh, of course, and the Air Guard station isn’t nearly as vast an operation as Strategic Air Command base was at its peak. But there are some parallels, and officials across the lake say Vermont could draw lessons from Plattsburgh’s experience.

Patience will be required if the Burlington area does eventually lose the hundreds of jobs associated with its Air Guard station, Mayor Kasprzak counsels. “You don’t make up for something like that overnight,” he says.

Former redevelopment chief Carpenter adds, “400 is a big number of jobs that you never want to lose, but Burlington is a very vital city. I suspect you have the momentum and the gravitas to succeed.”

Still, Carpenter advises against rejecting the F-35. “You’ve got to make sacrifices to have something like that in a community, but the sacrifices are probably worthwhile,” he says.

And if Burlington decides it doesn’t want the F-35s, Plattsburgh will be happy to host them, Mayor Kasprzak adds. He notes, however, that he’s had no conversations with the Air Force about an alternate basing plan in Plattsburgh, and says he considers such an option “highly unlikely.”