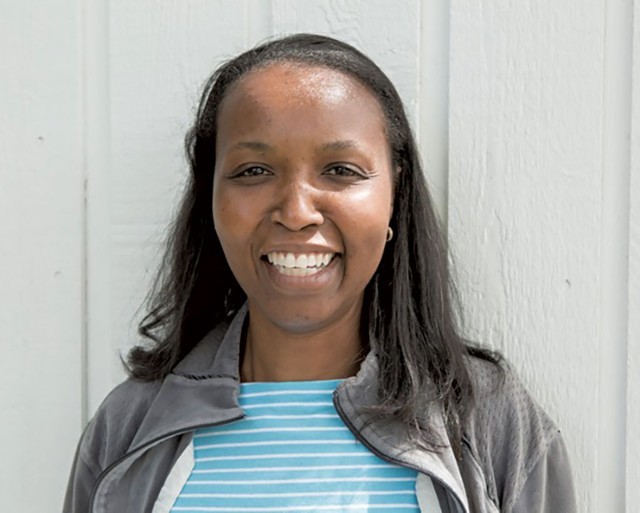 After a months-long investigation, the Burlington School District announced Tuesday that J.J. Flynn Elementary School principal Lashawn Whitmore-Sells could no longer serve in that role.


"Ms. Whitmore-Sells has signed a settlement agreement with the Vermont Agency of Education that allows her to remain a licensed educator in the State of Vermont but does not allow her to seek or obtain an administrative license, which is required to be a principal," superintendent Tom Flanagan wrote in an email sent to to Flynn families and staff. "The nature of this agreement means that effective immediately, Ms. Whitmore-Sells will no longer be able to serve as principal of Flynn Elementary."


According to information posted on the Vermont Agency of Education's educator disciplinary actions database late Tuesday, Whitmore-Sells’ principal license expired on June 30, 2019. That means she served as Flynn’s principal for more than two years — from July 1, 2019 to November 22, 2021 — without having the proper endorsement.

Whitmore-Sells did not immediately return Seven Days' request for comment on Tuesday.

Whitmore-Sells had been on paid administrative leave from the preK-5 New North End school since early December, following the discovery that her professional administrator license had expired. That information was unearthed in the course of an investigation of Flynn assistant principal Herb Perez for an alleged inappropriate restraint of a student, conducted by the Vermont Department for Children and Families and the Agency of Education. Though a March 2 email to Burlington families stated that the investigator's report on Whitmore-Sells and Perez was filed in February,  the district is still determining next steps regarding Perez's position, Flanagan wrote on Tuesday.

The investigation into Perez also ensnared the district's human resources director, Susan "Ze" Anderson-Brown, who was put on leave in December for failing to let Flanagan know that Whitmore-Sells' license had lapsed. The district announced in March that Anderson-Brown would not be returning to her HR position, but would work as a consultant for the district through June 30, the end of her existing contract.

On Tuesday, Flanagan wrote that he had offered Whitmore-Sells  another position as an educator in the school district, but she had not yet indicated if she would accept. In an email Tuesday, district spokesperson Russ Elek said that the proposed position would allow Whitmore-Sells to work directly with students.
Flynn has had several interim leaders since Whitmore-Sells was put on leave. Shelley Mathias, a former principal at Edmunds Elementary School, served as acting principal until mid-March. Julie Benay, a retired Colchester principal, took over for her and is receiving support from several district administrators, Elek said.