Adam Reczek, In the Night, for the Morning 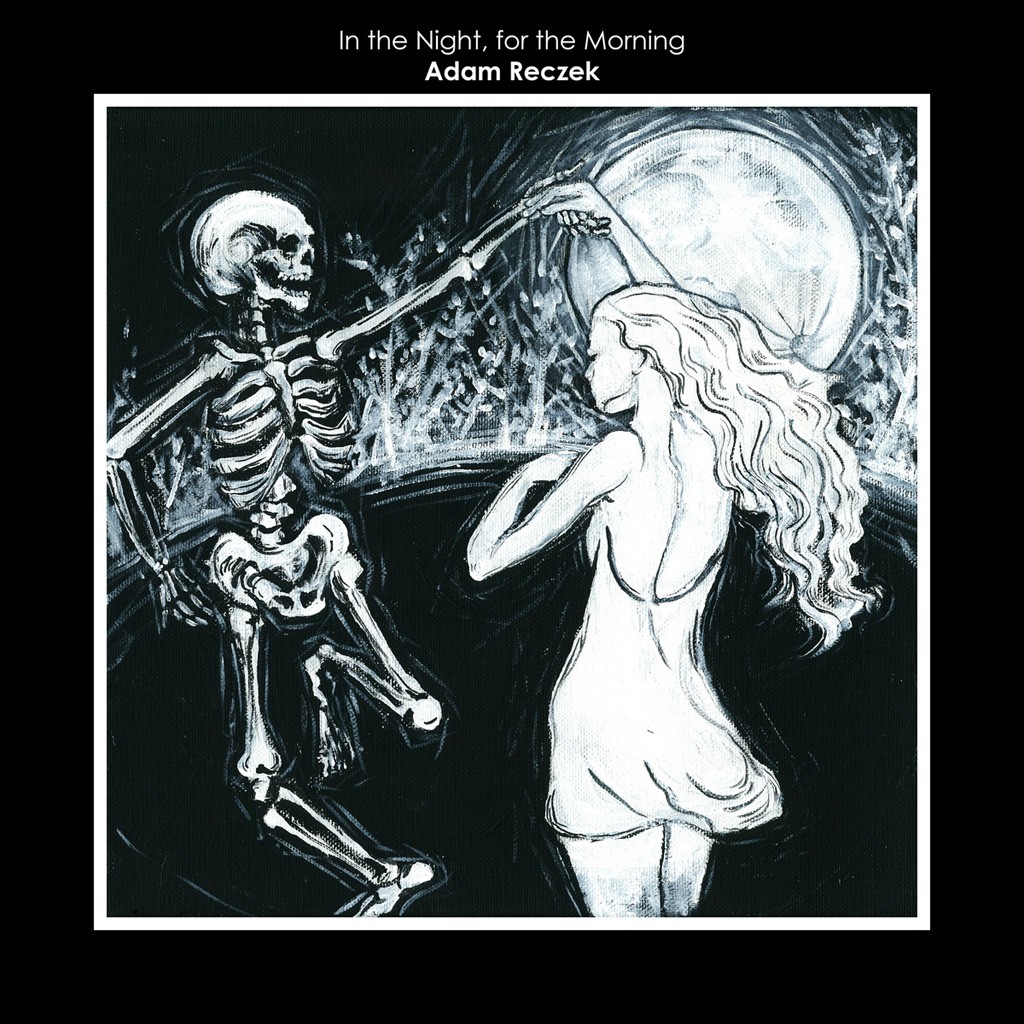 In my last review of an Adam Reczek record, his 2012 effort Buttoned From the Bottom Up, I confessed that I'd been rooting for the then-local songwriter to finally put it all together. Having reviewed each of his previous works, I'd had a front row seat to his maturation. Though he's not a naturally great songwriter, on each album he's proved he can develop the elements to become one.

Reczek's 2009 debut, The Window Seat, while extremely rough, showed he had heart, if not yet a way with words. His 2010 follow-up EP, Fork in the Road, was a modest improvement and showed Reczek had dedication and a knack for melody. Buttoned was yet another step in the right direction. But, whether due to a frustrating reliance on lyrical clichés, predictable melodies, intonation issues or simply the occasional clunker amid more promising material, something was still missing.

Now returned to Vermont after a stint in Massachusetts, Reczek is back with a new record, In the Night, for the Morning. And in line with his previous arc, it suggests real progress. Yet the album also reveals that Reczek is still prone to similar artistic pitfalls.

His latest, however, is by far his best-sounding record. That sonic polish is matched by a newfound attention to arranging. Reczek is a gifted multi-instrumentalist and expertly weaves a warm tapestry with guitars, mandolin, banjo, keyboards and drums, all of which he plays himself. His arrangements are dynamic and inventive, giving much of the album a strong folk-rock edge. But that's about the only edge to In the Night.

Part of the problem is Reczek's overly polite vocal delivery. Listening to the album, the comparison that comes to mind is Kermit the Frog's melancholy nephew Robin singing "Halfway Down the Stairs." Reczek isn't possessed of a particularly pretty voice. Throughout the record, you get the sense he's trying to smooth out the imperfections, which makes him sound timid and undercuts the power of his songwriting.

Particularly on cuts such as the mournful "Five Months More" and wistful "April Song," Reczek offers some truly gripping passages. He'd be well served to embrace his unconventional timbre, which would add gravitas to his often astute and emotionally raw poetry. And he'd be far from the first singer-songwriter not to let a subpar voice get in the way.

If nothing else, In the Night, for the Morning proves Adam Reczek is determined. And with each new record, he takes a step closer to being the artist he so clearly wants to be. My guess is he'll get there soon. I'm still rooting for him.

In the Night, for the Morning by Adam Reczek is available at adamreczek.bandcamp.com.