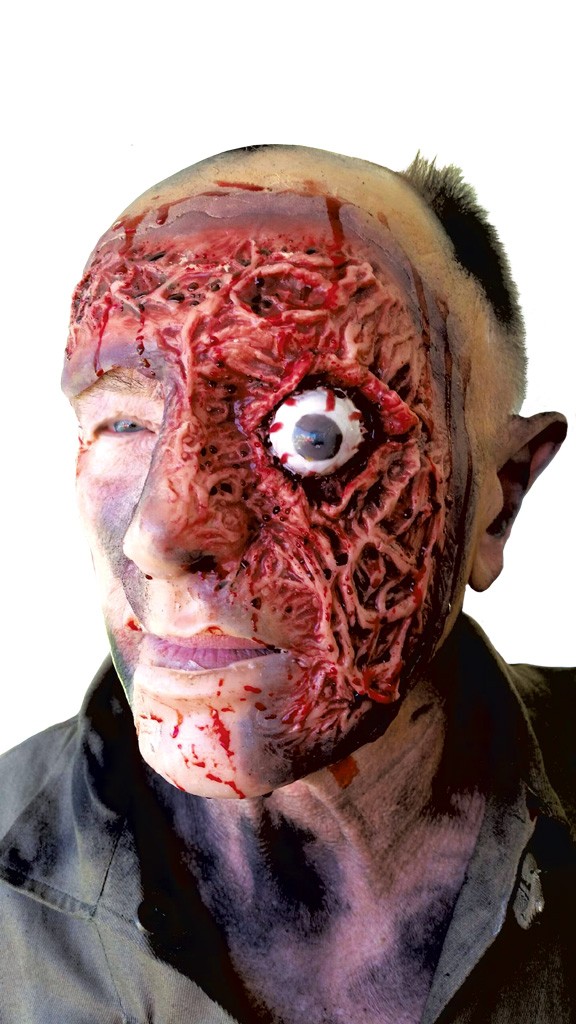 Want to take part in the largest dramatic production Vermont has ever put on? We're talking a cast of 5,000 participants performing over nine days at 50 sites around the state, at a cost of $570,000. The live-action thriller promises plenty of "death" and "destruction," and may include one or more of the following simulations: terrorist attacks, collapsed structures, cyber warfare, chemical and/or biological agents, and massive casualties that overwhelm local hospitals.

This theatrical production isn't for entertainment purposes, however, but a disaster-preparedness drill dubbed Vigilant Guard, which will run from July 25 until August 2. The federally funded exercise, which has been in the works for three years, is designed to test the response capabilities of the state and region's military and emergency services personnel. Participating agencies will include at least a half dozen local municipalities and 16 area hospitals, as well as Vermont's Army and Air National Guards, the Department of Homeland Security, the Vermont Department of Health, the American Red Cross, and the U.S. Centers for Disease Control and Prevention, to name a few.

Unlike many disaster-training exercises, this big-budget extravaganza will require significant audience participation. Specifically, actors from local communities are needed — at least 200 per day over four days, from all walks of life. Makeup and costumes will be provided, and no previous experience or auditions are necessary. Best of all, every actor goes home with a good story to tell and $80 for each day's work.

"I take pride in saying that we pay more than 'The Walking Dead' for a day of being an extra," says Paul "Paulie" Ghiozzi of E-9 Enterprises, referring to the AMC hit television series. The Colorado Springs, Colo., firm is under contract with the federal government to provide logistical support for Vigilant Guard, including extras, props, makeup and costumes. 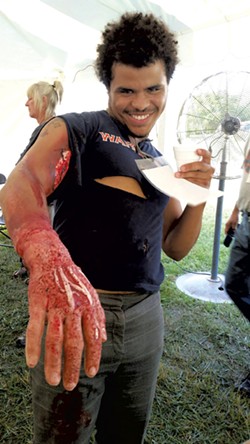 Ghiozzi, a 1996 Norwich University graduate and 20-year Marine Corps veteran, is E-9's project director, day-shift site commander and self-described "bodies guy." He regularly travels around the country finding participants for these federally mandated natural-disaster and domestic-terrorism drills. His goal, he says, is to create the most authentic scenarios possible, which enable emergency responders to identify gaps or weaknesses in their preparedness.

"We do everything from tsunamis to hurricanes to avalanches to tornados to WMDs to nuclear/chemical/biological [attacks]. Single shooter, multiple shooter, you name it," Ghiozzi adds. "It might be a hurricane the first day and looting the second day."

Neither Ghiozzi nor state and federal officials, who hosted last week's press conference at the National Guard's Camp Johnson in Colchester, would disclose the exact nature of the simulation. The reason: Planners aim to simulate, in real time, the surprising and often unexpected nature of how these catastrophes unfold. Even Ghiozzi admits he hasn't been informed of all the incidents that are planned.

What kinds of acting roles are available to the public? According to Ghiozzi, the scripted event will feature various scenarios and "injects," or complications, which develop over the entire course of the drill. For example, he says, the exercise may require a certain number of "walking wounded" who are covered in (faux) radioactive dust and soot, akin to those who were near the World Trade Center when the towers collapsed.

E-9's makeup and costume artists will be there to help actors "get into character," he says. That might mean they apply facial lacerations or thermal burns to simulate victims' exposure to radiation or chemical agents.

"We can do mustard gas, sarin gas, stuff like that," Ghiozzi adds. To simulate more serious, nonambulatory wounded, E-9 will provide nearly 100 rescue mannequins, including at least one CPR dog mannequin.

Although the actors won't necessarily need to memorize lines, Ghiozzi says that some may be asked to simulate specific conditions or behaviors, such as showing signs of post-traumatic stress disorder or mental illness. Other actors may simply wear cards around their necks to inform first responders and medical staff of their injuries so patients can be triaged for evacuation, decontamination and treatment.

Vigilant Guard will also involve the use of numerous military vehicles and aircraft, as well as at least one pile of rubble that was constructed at Camp Johnson specifically for this exercise. The pile, on display at last week's press conference, consists of several shipping containers, tons of concrete slabs, overturned cars and, according to one National Guard official, hydraulic lifts that can simulate an unstable collapsed structure.

Despite the hazardous sets, state officials emphasize that no actors will be put in harm's way — no leaps from flaming rooftops or evacuations via helicopter winches. According to Ghiozzi, about the most action the actors should expect is a stretcher ride in a Humvee.

Still, despite what might feel like fun and games to the actors, Christopher Herrick, director of Vermont's Division of Emergency Management and Homeland Security, says that creating a high "degree of realism will help us hone our response by identifying not only what went right but what went wrong, and rectifying those mistakes in the future."