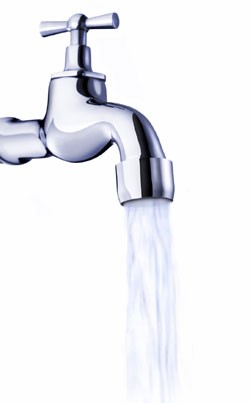 MONTPELIER — It’s been more than three months since federal investigators visited Vermont to investigate whether a water disinfectant being used in Chittenden County is causing hundreds of health complaints. Last week, the U.S. Centers for Disease Control and Prevention (CDC) released a report that draws no definitive conclusions and offers no concrete suggestions as to how the state should help those who are suffering.

In April 2006, the Champlain Water District (CWD) switched to chloramine, a chemical disinfectant that the U.S. Environmental Protection Agency (EPA) now recommends for use in all public water systems in the United States. Since then, more than 250 people have come forward complaining of persistent skin rashes, gastrointestinal problems, coughing and difficulty breathing. As Matt Levin with the citizens’ group Vermonters for a Clean Environment told a Senate Health and Welfare Committee hearing last week, “All the people who have gone completely off the water report total recovery from their symptoms.”

On September 25, a seven-person team from the CDC and the EPA visited Vermont and interviewed 50 residents of the CWD who attribute their ailments to chloramine exposure. Last week, the CDC delivered its finding to the Vermont Department of Health (VDH). That report came a day after the committee voiced its growing frustration over the months of foot-dragging on the part of the VDH, CDC and EPA.

The six-page report, which the CDC makes clear “was not a research study,” acknowledged that “data gaps remain” about the human health consequences of chloramine exposure. Nevertheless, the report said little about what the state should do to alleviate the public’s concerns, and suggested only that the CDC and EPA should work with state and local agencies to “develop the next steps in addressing the issue of community concerns.”

In fact, the CDC report accused activists with the group People Concerned About Chloramines (PCAC) of waging an “anti-chloramine campaign” prior to the investigators’ arrival. It also charged that PCAC members were “coaching” survey respondents, which biased the investigators’ findings. A written response from PCAC and Vermonters for a Clean Environment denied those charges point by point, and called the CDC report “inaccurate,” “inconclusive,” “inappropriate” and “poorly documented.”

Senator Doug Racine (D-Chittenden), who chairs the Senate Health and Welfare Committee, was similarly unimpressed with the CDC’s conclusions, calling them “vague, at best.”

“What the report doesn’t address, which keeps me focused on this issue, is that so many people say their symptoms come and go with their use and non-use of the water,” Racine said this week. The committee chair isn’t sure whether the legislature has enough information yet to warrant a complete ban on the use of chloramine in Vermont. “On the other hand,” he added, “I wish somebody, either at the health department or the CDC, would be more focused on the individuals who are reporting these symptoms and really trying to understand what’s causing them.”

For her part, acting Health Commissioner Sharon Moffatt was “quite disheartened” that the CDC felt certain individuals had been coached during their health survey. And she sounded a defensive note at suggestions that the VDH isn’t doing enough to protect Vermonters’ health.

“Overall, the health department is disappointed that, despite our extensive efforts at fact-finding and listening to the concerns of the anti-chloramine activists, there’s still a question of . . . our commitment to the health of the public,” Moffatt told Seven Days.