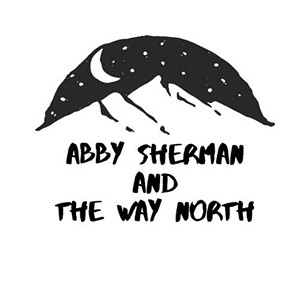 Just about every record that lands on the Seven Days desk these days comes with an addendum about making music during the pandemic. That isn't a gripe. The inventiveness and determination of Vermont's musicians to keep creating has been a real source of pride and joy. Still, I can't deny that I felt a sense of relief when I realized that the new self-titled Abby Sherman and the Way North album is a live record. Hence, no tales of sending tracks across the country or grappling with anxiety while alone in a bedroom. Abby Sherman and the Way North is just a red-hot blues-rock band backing up one of the scene's most consistently quality singer-songwriters.

The Morrisville-based Sherman has been steadily releasing music for the last few years, making a name for herself as a soulful vocalist with a touch of blues-rock to her compositions. Her previous efforts, Finding Hope in 2018 and 2019's So It Goes, hewed close to folk and country, and showcased Sherman's roots pedigree and talent for down-on-your-luck troubadour songwriting. Backed by the Way North, Sherman reveals a grittier edge.

"Black Crow" kicks off the album as a laid-back blues number whose shuffling beat and languid slide guitar disguise its true "get the fuck out of this town" vibe. "You said you'd be a better man without me around," Sherman seethes as she paints the picture of a relationship flaming out.

Throughout the album, Sherman burns with the fiery indignation of a jilted lover. In lesser hands, this could easily become a trope, but Sherman's powerhouse voice elevates her music above cliché. The raw emotion and hints of grit and darkness that suffuse her melodies belie banality. Sherman's fervent belting is believable.

The Way North, which features keyboardist Dave Langevin, bassist Phil Rosenblum, Zack Alario on drums and lead guitarist Christopher Brown, bring out the best in Sherman's songs. Interestingly — pandemic angle alert! — they had only just started gigging when the quarantine struck. You'd never know it based on this live album, recorded July 1 with Ryan Cohen at Robot Dog Studio as part of Higher Ground's livestream concert series. The expertly produced set showcases a band in fine form. Tracks such as "Calling for Rain" — a tune Sherman wrote during the shutdown — highlight the interplay and growing chemistry between the singer and a band that's starting to stretch out.

In an email, Sherman explained that the band has been trying to find different outdoor venues to keep gigging, but with winter approaching, no one is sure what will happen next. Maybe make that quarantine studio album? In the meantime, we're lucky to have acts like Abby Sherman and the Way North recording killer live sets to get us through.

Check out Abby Sherman and the Way North at abbyshermanband.bandcamp.com.