Aaron Flinn, Miss Ready Blossom and the Seed of Dreams 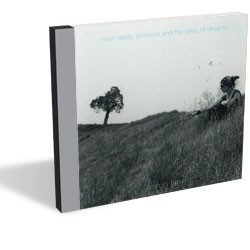 It’s been said that a great song shouldn’t sound as though it was written but as if it has always existed. I disagree. Sure, it is hard to imagine a time when, say, “House of the Rising Sun” wasn’t around. But in the case of local songwriter Aaron Flinn and his latest record, Miss Ready Blossom and the Seed of Dreams, there is nary a moment when it doesn’t sound as though these songs came together slowly and with great care. You get the sense that they’ve been bubbling in Flinn’s brain and spilling over onto his guitar for a while, and only recently got proper studio treatment — with no fewer than nine backing musicians.

As with many solo albums, the styles and influences on this one are scattered. Bluegrass, rockabilly, breezy country and hard rock all rub elbows. But that hardly matters. The singer’s ineffable Flinn-ness binds songs as diverse as his awesomely maudlin “Angel Angel We Go Down Together” and the outlaw country of Merle Haggard’s “Mama Tried.” Flinn’s velvety rasp also loosely connects the songs, in much the same way that his voice gently latches on to his listeners.

It’s possible that Flinn’s main mission here is to fight off middle-age malaise. After all, he’s getting older; he’s a dad now. If he sounds a little less convincing than on earlier efforts, Flinn’s wry humor is still intact.

For example, on “Mama Tried,” he gives the famed line “I turned 21 in prison” a tongue-in-cheek quality. You can tell because Flinn is doing his best Johnny Cash impression — and it’s quite good. On “My Daughter’s Hand,” his own fatherly love is wrung from musical saws courtesy of Johnnie Day Durand. Even on the most sonorous of ballads, such as “At Your Feet,” you’d expect to hear Flinn’s heart pumping out of his chest during silent spaces, but he sounds like he’s just having fun.

The band is in equally fine form. “Home in My Heart” is a slow number with the warmth of a family photo on a mantel above a roaring fireplace. Adam Frehm makes it even warmer with his sliding Dobro licks. On the rockabilly romp “Tasting Tears,” Joshua Glass pounds his organ keys into submission, coming close to the aural equivalent of imbibing whiskey.

So, who cares if these songs don’t sound like they’ve always existed? The forms in which they exist here are just fine. Aaron Flinn seems to simply enjoy the various styles he tackles, rather than force them into an unknown. He approaches music like a true Vermonter: finding a sweet core and making musical syrup.

Flinn celebrates the release of Miss Ready Blossom and the Seed of Dreams with a show at Studio Three in South Burlington this Friday, October 21.