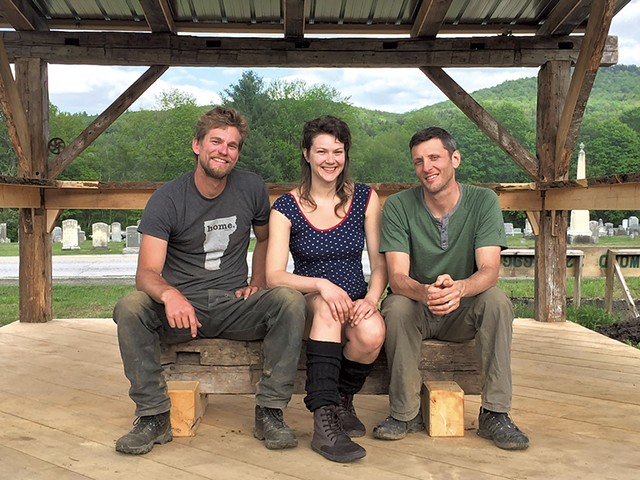 On June 8, a farmers market will debut just off Route 12 in Worcester. Located on property privately owned by entrepreneur Kyle Devitt, the weekly Thursday-evening event will combine grocery shopping with food trucks and live music. During the week, the spot will serve as a drop-by farmstand, Devitt said, offering wares from a mix of area producers.

Devitt said he aims to create a kid-friendly place where community members can gather to enjoy food and conversation, purchase local ingredients without driving to Montpelier, and sell their wares sans the competitive application process and regulations common at many well-established markets.

For instance, some markets mandate that farm owners remain on-site a certain percentage of the time. Devitt isn't into it. "If they don't want to take half a day to come, set up and break down, we still want their produce represented," he said.

If the farmer can't afford to send a staffer, either, "We'll pick up produce from five or six locations and sell it all at the same booth," Devitt added, "so that people get a well-rounded shopping experience."

Devitt is still seeking vendors, but noted that Good Heart Farmstead will be among them, and Amanda Franz of the Everything Space in Montpelier will sell medicinal herbs and tinctures. Devitt has musicians lined up for every Thursday in June, including Kris Gruen and the Chad Hollister Band.

Devitt himself won't be vending, although he hopes to in the future. "I don't have anything to sell at this point," he said. "There are plenty of farmers in the area. I want to provide the space so that they have a place to come together."