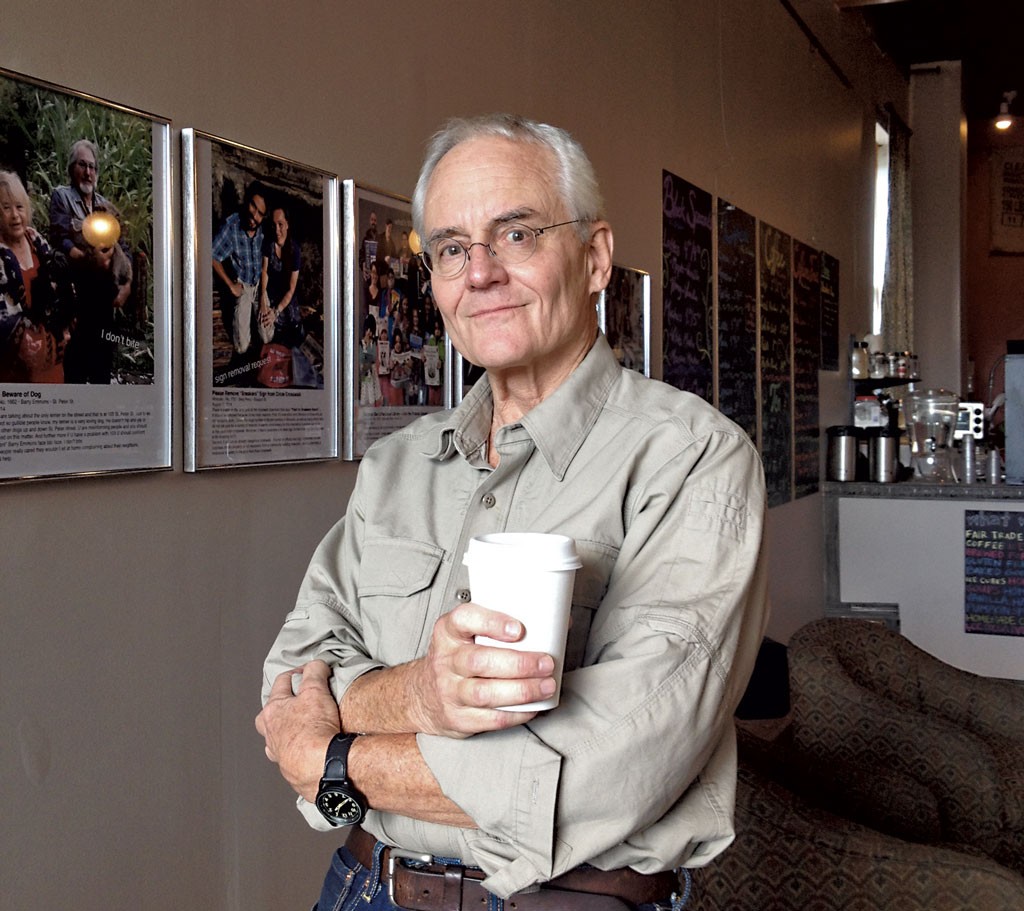 A couple of summers ago, Winooski photographer Dan Higgins attended two neighborhood fish fries in a single day: one hosted by the Winooski Fire Department, the other by the O'Brien Community Center. Though the events were located within spitting distance, he recalls, the crowds couldn't have been more different.

"I'm the only person, I think, who went to both of them!" Higgins says with a laugh, over coffee at the Block Coffeehouse. "And all you wanted to do was pick up half of the people from one place and move them to the other one," he adds more seriously, "because there's so much isolation in these subgroups."

Winooski's demographics have diversified significantly since Higgins arrived in the 1960s. Now in his early seventies, the retired UVM professor founded that university's photography program, and has been taking portraits of Winooski residents for more than 40 years. For his latest show, he found his subjects in a new way — through the virtual neighborhood Front Porch Forum.

As Higgins speaks, café customers stop to check out the 28 framed photographs that line the walls. The subjects include a noted local contemporary artist crouching in a pile of leaves; an attractive young couple, one of whom inadvertently sparked a national controversy last summer when she criticized a sign touting the bacon at Sneakers Bistro & Café; two smiling post office employees; and a family surrounded by a flock of chickens. Printed beneath each image is the text of a Winooski Front Porch Forum post.

Titled "Posted in Winooski," the exhibit is Higgins' most recent photography project. Since April, he's been reaching out to FPF posters and asking them to do reenactments that say something about themselves and their post. His first portrait was the one of the family with chickens, who'd posted to FPF offering eggs.

Higgins approaches photography differently from most documentarians. Rather than trying to capture subjects off guard or unposed, he actively works with them to create the final shot, using props, poses and costumes to help them craft a visual narrative about themselves. Afterward, Higgins sometimes uses Photoshop to tweak or add elements to his image, which in practice creates a lo-fi collage effect.

But seamless execution isn't the point. "I like to think of these as collaborations," Higgins says. "I have some input about lighting and composition and so forth, but I really wanted people, especially in this series, to decide what they wanted to include in the picture."

Many subjects responded to his project enthusiastically. Others preferred to remain behind their computer screens. The "really cranky ones," Higgins says, never responded to him.

Higgins' purpose in creating the show was manifold. First, it gave him an excuse to meet some of his neighbors face-to-face. "Most of these people I only met while doing the project," he says.

Second, the gallery show helps put faces to people in the neighborhood. Though FPF was launched in Burlington with small neighborhoods in mind (many of the Burlington lists are limited to residents living within a few blocks), Winooski has just one forum for the entire 7,267-resident city. Many of the people Higgins photographed had never met him or each other — but they recognized the names and addresses of other frequent FPF posters.

Finally, Higgins admits, he was looking forward to the opening reception, which was held last Thursday. "When you have 28 prints, that's 28 people that want to see what their picture looks like," he points out. That meant bringing Winooski residents from different city blocks and various walks of life into one room.

If only for one night, Higgins' photos offered a chance to mix it up and meet the neighbors — no internet access required.