As chairman of the Senate Veterans Affairs Committee, Sanders plays an unusual role: staunch defender of an Obama-appointed official. 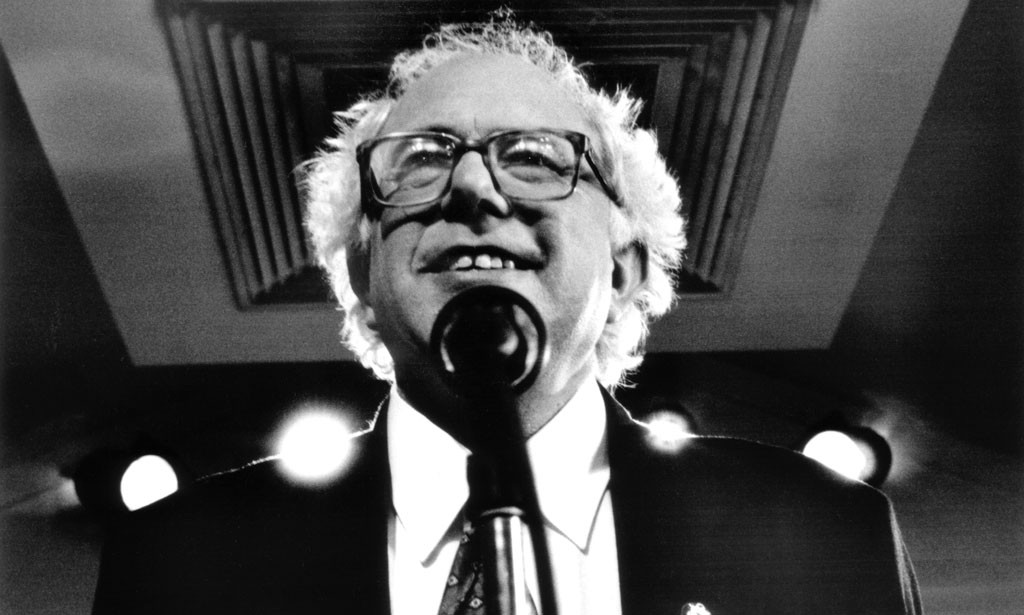 Nearly a year and a half into his chairmanship of the Senate Veterans Affairs Committee, Sen. Bernie Sanders (I-Vt.) finds himself playing an unusual role: staunch defender of an embattled Obama administration official.

Last Thursday, Secretary of Veterans Affairs Eric Shinseki faced tough questions from Sanders' committee over allegations that Department of Veterans Affairs managers falsified records to mask long wait times at VA hospitals. According to a CNN report that prompted a political firestorm, at least 40 veterans died while waiting for appointments with the Phoenix VA system. Many of those vets were stuck on a secret, off-the-books waiting list, CNN reported.

Faced with calls for his resignation by the American Legion and several congressional Republicans, Shinseki told Sanders and his colleagues he was "mad as hell" over the allegations. On Sunday — two days after Shinseki's undersecretary, Robert Petzel, resigned — White House chief of staff Denis McDonough one-upped the VA boss, saying President Obama was "madder than hell" over the matter.

But Sanders, rarely one to mince words, is standing by his man. At last week's hearing, he cautioned his colleagues against a "rush to judgment." And on Monday, as he returned to Washington from a trip to Iowa to test his presidential prospects, Sanders said he believes the secretary should stay put.

"I get a little bit impatient with people who blame Shinseki," Sanders said, citing the enormity of the retired four-star general's assignment to move the VA from a paper-based claims system to an electronic one.

"We have had a national disgrace for years about the level of veterans' health benefits. We have made some progress in addressing that," Sanders said. "Overall, I think Shinseki has done a good job."

As politicians and the press have focused on Shinseki's fate and the scandal's election-year political fallout, Sanders has tried to turn the conversation back to the quality of care veterans receive.

Any health care system serving 6.5 million people a year and 200,000 a day will have its problems, he argued, and the VA is not alone.

"You know, it's not like in America we have this great health care system where everybody's getting great care and the VA is the only agency that has problems," he said.

For a guy who has spent his life throwing stones at the status quo and the powers that be, Sanders' defensive stance is remarkable. A cynic might wonder whether that defensiveness is motivated by the fact that the allegations came under his watch as the VA's chief congressional overseer.

But a better explanation might be this: The self-described Democratic socialist has, for years, cited the VA as proof positive that "socialized medicine" works.

"I think there is a lot to be learned from the VA," he told the Boston Globe last fall, after noting "with a grin" that it's the largest model of socialized medicine around.

That's a harder point to make if CNN's allegations prove true and dozens of veterans did, in fact, die while suffering from gross bureaucratic neglect. Forget "death panels." For the Tea Party, this will become Exhibit A in the argument against single-payer health care.

"Surprise, surprise, surprise. They don't like the government-funded VA system, right? And they want to make radical changes to that," Sanders said of congressional Republicans. "If people want to politicize it for ideological reasons, I will oppose that."

Of course, Sanders isn't above politicizing the situation himself. In addition to bashing congressional Republicans, he's managed to rope in his favorite foils: Charles and David Koch, the billionaire industrialists who've quietly pumped hundreds of millions into conservative causes over the years.

Wait, what's the connection between the dreaded Koch brothers and Phoenix-area VA administrators?

According to Sanders, the answer lies with an outfit called "Concerned Veterans for America," which the Washington Post reported "was funded almost entirely" by a Koch affiliate in 2012.

"They are playing a very active role in trying to denigrate the VA," Sanders said. "And they're running ads right now which say, 'If you like VA health care, you will love Obamacare.' And they're attacking Democratic candidates. That's called the politicization of the VA."

So was Concerned Veterans for America responsible for ginning up the VA controversy?

"That's a good question," Sanders said. "I don't know the answer to what degree."

Also coming in for criticism is Sanders' other bête noire: the media. Appearing on CNN's "New Day" last Thursday, Sanders tussled with host Chris Cuomo over whether the network improperly insinuated that those 40 veterans died as a direct result of their inability to obtain appointments with the VA.

"Did the delay in care of these people on the secret waiting list actually cause these deaths?" Sanders asked Cuomo. "We don't know."

On Monday, Sanders noted that the VA's acting inspector general, Richard Griffin, testified at last week's hearing that none of the 17 veterans whose cases his office has examined thus far died because of a delay.

"There are 80,000 people in the [Phoenix VA system]. Some of them are very old," Sanders said. "People die. The question is: How many, if any, died because they were on the waiting list. We don't know that yet. CNN doesn't know that yet."

That's certainly true, and Sanders' uncharacteristic caution is laudable. But with reporters and Republicans suddenly focused on the tragically ignored subject of veterans' health care, more damning stories are sure to emerge.

That might remind Sanders why it's more comfortable to fight the man than defend him.

Pomfret businessman Scott Milne first confirmed his interest in challenging Gov. Peter Shumlin last week while on a business trip to Morocco. Now that he's stateside again, Milne isn't quite ready to announce — but he's ready to come out swinging.

"If he was doing as good a job running the state as he did running a political campaign, he'd be doing brilliantly," Milne, a Republican, says of the two-term Democratic gov.

Specifically, the president of Barre-based Milne Travel faults Shumlin for failing to address rising property taxes and refusing to disclose how he plans to finance his proposed single-payer health care system.

"I think that, for the popularity he has and the tremendous majorities he has in both houses [of the legislature], there has been a complete lack of leadership over the last two years," Milne says. "On top of that, instead of being humble about what he got done, his message after the session was that this was one of the greatest legislative sessions in history. I think that was not the case at all."

So what's Milne's path to victory?

"Some stumbles by Shumlin," he says, admitting he'd be a "long shot" if he enters the race by June 12, when nominating petitions are due and when he plans to make up his mind.

Milne has yet to line up campaign staffers or raise a dime and doesn't plan to fund his own campaign. Oddly enough, he seems to be begging for a GOP primary opponent, arguing that the Democrats' five-way gubernatorial primary in 2010 strengthened Shumlin as a candidate.

"Brian Dubie would be governor but for the Democratic primary," he says, referring to the former lieutenant governor and Shumlin's vanquished general election foe. "The pathway [this year] is a robust, issue-oriented Republican primary with at least two very credible candidates."

Milne comes from a long line of elected officials. A cousin served as secretary of state, both parents served in the Vermont House and, in 1938, his grandfather became the first Barre Republican since reconstruction to win election to the legislature.

But Milne himself hasn't had such luck. He lost a race for state rep in 2006 and for a seat on the Sharon selectboard in 1988 — though he chalks the latter loss up to the name recognition enjoyed by his opponent, a descendent of the 19th century political luminary, Justin Smith Morrill.

"I literally got bitten by a dog on the campaign trail knocking on doors," he says of his selectboard bid.

Another "electoral triumph," he recalls, was his failed bid for governor of the mock government Boys State as a high school student in 1976.

"Of the six or seven folks that ran, the only name I can remember right now was the guy who won: Brian Dubie," he jokes.

So, given that electoral track record, why set his sights on Vermont's top office?

"I think it's possible I can win," he says. "And I think there's a huge benefit in somebody coming in from the outside with some new ideas."

But on Monday, Ramos gave her notice. She'll be departing the pro tem's office at the end of the month, she says, and her destination is yet to be determined. (We wouldn't be surprised to see her staying in the game — at a Montpelier lobby shop or elsewhere in town.)

Campbell is currently seeking a replacement.

"There's a part of me that's super-sad about leaving, because I love these people," Ramos says. "I love the Senate. It's home to me."

Also leaving his post is Vermont Progressive Party executive director Robert Millar, who has held the position since January 2013. Millar says he's "pursuing some different professional options," including a run for the Vermont House seat being vacated by retiring Rep. George Cross (D-Winooski).

"I think that, on a personal level, I have reached a point where I was ready to try something new," he says.

As Millar transitions out of the role, the Progs are hoping to hire an "elections director" to guide its efforts this fall, according to party chairwoman Emma Mulvaney-Stanak. The Progs will conduct a search for a new executive director later this year.

Lastly, is special assistant to the governor Scott Coriell in line to manage Shumlin's reelection campaign this fall? As the Burlington Free Press' Terri Hallenbeck first reported, Coriell is collecting signatures to get his boss on the ballot and is representing him at the Vermont Democratic Party's state committee meetings — a role typically played by the gov's campaign manager.

But according to Shumlin spokeswoman Sue Allen, the work is entirely "volunteer." The gov brought on fundraising consultant Erika Wolffing in January and, according to Allen, a part-time college student this month. But he won't officially name a campaign manager "until closer to the campaign." Whenever that is.

A Killington native, Coriell previously worked as Congressman Peter Welch's spokesman, where he worked alongside this political columnist.