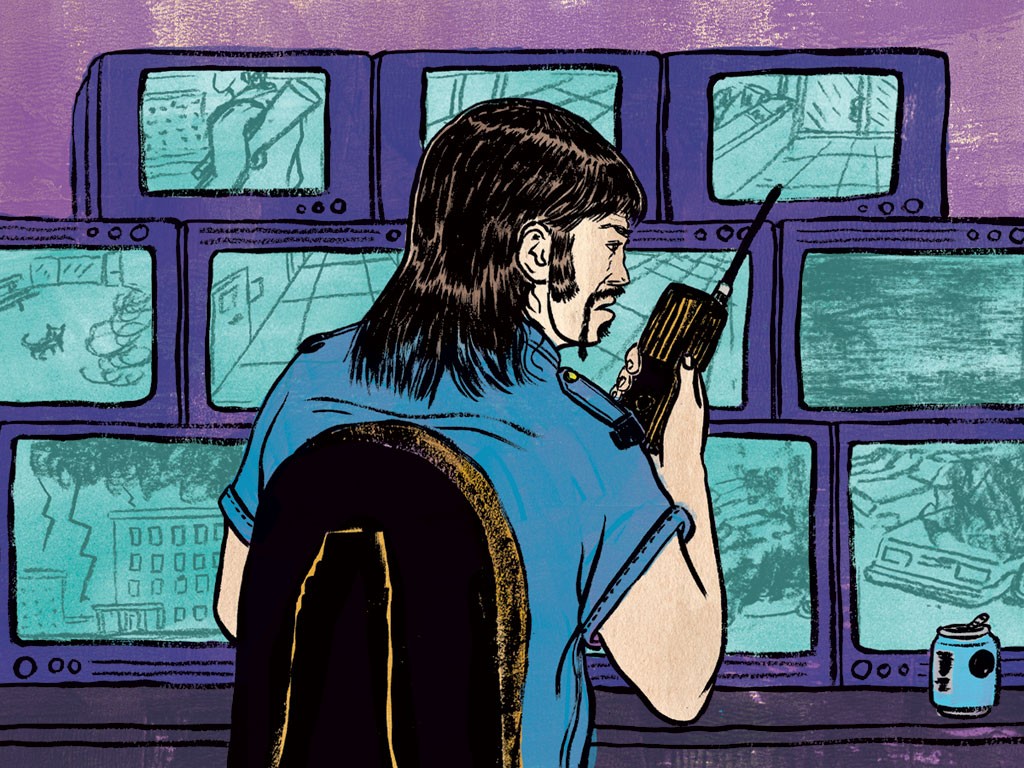 When Kim Vansell started her new job on May 1 as director of the newly formed National Center for Campus Public Safety in Burlington, she knew that addressing sexual violence would be a big part of her job. She didn't know that her first assignment would come directly from the White House and be due in September.

Just a day before Vansell officially began, the Obama administration issued a national report on campus sexual violence. Among other things, it called on Vansell's organization to develop a training program and curriculum to help colleges and universities better investigate rape allegations and hold offenders responsible.

"There's a lot more people paying attention to how campuses are responding to these kind of situations and holding campuses accountable," says Vansell, a 30-year veteran of campus policing who left her position as public safety director at the University of Central Missouri to lead the Burlington-based center.

But helping colleges respond to date-rape allegations is just one of many safety concerns that fall under the umbrella of the NCCPS. Founded in the fall of 2013 with a $2.3 million grant from the U.S. Department of Justice, the center is charged with becoming a one-stop shop for security needs in higher education.

Need a recommendation for what type of surveillance cameras to install throughout campus? Need to know how to instantly alert thousands of students, faculty and staff that there's a toxic spill in a research lab? Or how to evacuate students from a foreign country in the midst of a military coup or deadly epidemic? The Vermont center aims to become the definitive, go-to source for information, advice and referrals.

The NCCPS is headquartered in the South End offices of Margolis Healy and Associates. That private consulting firm was founded a few years ago by Gary Margolis, who spent 12 years as the University of Vermont's chief of police; and Steven Healy, a former public safety director at Princeton University. Their credentials in the public-safety arena are evidenced by their success, earlier this summer, in landing a $65,000 contract to provide security and threat assessments to the Vermont legislature, the Vermont Supreme Court and the governor's office. (The DOJ-funded center, Margolis emphasizes, operates independently of the for-profit firm, which has its own books and revenue streams.)

As Margolis explains, college administrators and campus-based police, emergency planners and risk managers are now expected to plan, prepare and drill for a wide array of health and safety threats they never envisioned 20 years ago. Those risks can include shootings, global pandemics and terrorist acts, happening both domestically and abroad. Experience has shown, Margolis says, that levels of preparedness can vary dramatically from one institution to another, depending on its size, location, funding and campus culture.

"A university president who came up through the ranks 40 years ago to become an administrator probably never gave much thought to I have a nuclear reactor on campus. How do I secure it?" he notes. "Or I've got 40 to 50 reported sexual assaults. What do I do with those?"

The idea of creating a national clearinghouse for higher-ed safety issues has been kicking around for at least a decade, Margolis says. Ten years ago, the DOJ funded a summit at Johns Hopkins University, where it proposed the idea of creating a national repository for campus safety information that could provide colleges with training, best practices, and model policies and procedures.

At the time, many administrators also expressed the need for expert advice on complying with their growing number of federal mandates. Those include Title IX, which mandates gender equality in all aspects of higher education; and the Clery Act, which requires campuses to compile and report their annual crime statistics. But the idea of such a center languished in Congress until last year, when funding was finally included in the fiscal year 2014 federal budget.

What sparked the shift in priorities? In a word: Newtown. The December 2012 massacre of 20 schoolchildren and six staffers at the Sandy Hook Elementary School in Connecticut "really ignited the discussion" about campus safety, both at the K-12 and collegiate levels, Margolis says.

Similarly, a spate of high-profile cases involving underreported or mishandled rape allegations on campuses, including Rutgers University and Dartmouth College, has fueled a major push by Congress and the White House to address campus sex crime. According to the White House report, recent studies suggest that one in five undergraduate women will be victimized during her college career. Just weeks ago, eight U.S. senators introduced a bipartisan bill that would impose stiffer penalties on colleges and universities that underreport sexual violence stats, including fines of up to 1 percent of their operating budget.

Bill Reedy, vice president and general counsel for the Vermont State Colleges, says that the federal government's push to crack down on sexual violence has essentially "turned us all into forensic investigators and adjudicators" who need training and expertise in preserving, investigating and adjudicating sex-assault cases. Recent memoranda from White House task forces, as well as "dear colleague" letters sent to college administrators, "urge" them to train students, faculty and staff on sexual-violence prevention, detection and intervention.

All these responsibilities, Reedy notes, come in addition to the numerous other safety concerns, both natural and human-related, for which administrators must also prepare.

Indeed, public expectations for campus safety have been steadily growing over the past century, Margolis explains. In 1894, Yale University became the first college in the country to establish its own campus police force. It was a reaction to a mass riot in New Haven sparked by rumors that Yale medical students were exhuming recently buried bodies from local cemeteries to use as cadavers.

Throughout the first half of the 20th century, Margolis goes on, most campus safety officers were essentially custodians who, in the years before mandatory sprinkler systems, patrolled campus buildings and grounds at night looking for fires — and mischief makers. In fact, he says, many campus police departments and security officers still report to a physical-plant manager, a vestige of that old system.

The campus security climate changed dramatically on August 1, 1966, Margolis notes. That's when Charles Whitman, a former U.S. Marine and engineering student at the University of Texas at Austin, climbed the school's clock tower with a sniper rifle and began shooting. Whitman killed 16 students and injured 32 others before police killed him, but not before privately armed citizens tried taking him out themselves. The UT massacre remained the deadliest rampage on a U.S. college campus until the Virginia Tech shootings in 2007.

By the late 1960s and early '70s, Margolis continues, political activism on college campuses, as well as more widespread use of drugs and alcohol among students, prompted many schools to establish their own police forces. Today, colleges and universities take in hundreds of millions of dollars in federal funding and have enormous investments in labs and research facilities, many of which require significant safety and security protocols and access restrictions.

In short, says Margolis, most colleges' and universities' needs for expertise in public safety, emergency planning, risk assessment and regulatory compliance have grown far beyond the capabilities of one person, or even one department. Today, administrators need a place to go for answers — and his organization's mission is to provide it.

Ironically, despite the obsession in recent years with school safety, Margolis points out that, statistically, K-12 and college campuses continue to be among the safest places for kids and young people to be. But, while "active shooter" incidents of the kind that occurred at Virginia Tech and Columbine are "a very rare occurrence," he says, "they cannot be ignored." So the need for a central clearinghouse of information on everything from cyber security to weather-related disaster planning has never been greater.

While having the NCCPS in Vermont will benefit local colleges and universities — many, though not all, of its services will be free — the benefit will likely go both ways, as the center draws advice and expertise from local sources.

Bill Burger, vice president for communications at Middlebury College, points out that, although the private, liberal-arts college has just 2,500 students and no sworn police officers on campus, the school has "decades of experience" in dealing with emergencies involving students studying abroad. With 36 sites in 16 foreign countries, he says, Middlebury College "knows how to reach people quickly and find out how they're doing."

That knowledge became vital on March 1 this year when heavily armed terrorists attacked a train station in Kunming, China, leaving 33 people dead and 140 wounded. Middlebury, which has a campus in Kunming, had protocols in place for immediately contacting students there and ensuring their safety.

VSC's Reedy says Margolis is just the person to undertake the endeavor of amalgamating such hard-won knowledge where schools can access it.

"Gary is a force of nature," he says. "Campuses all around the country are all going to be in need of these types of services ... and we're all going to have to be training, early and often, pretty much everyone."

One thing the national center won't be, Margolis emphasizes, is an advocacy group or a public-relations firm that helps colleges and universities fend off liability lawsuits. After 20 years in law enforcement, he says, only half-jokingly, "I have no interest in becoming a lawyer."

The original print version of this article was headlined "Crises Curricula"