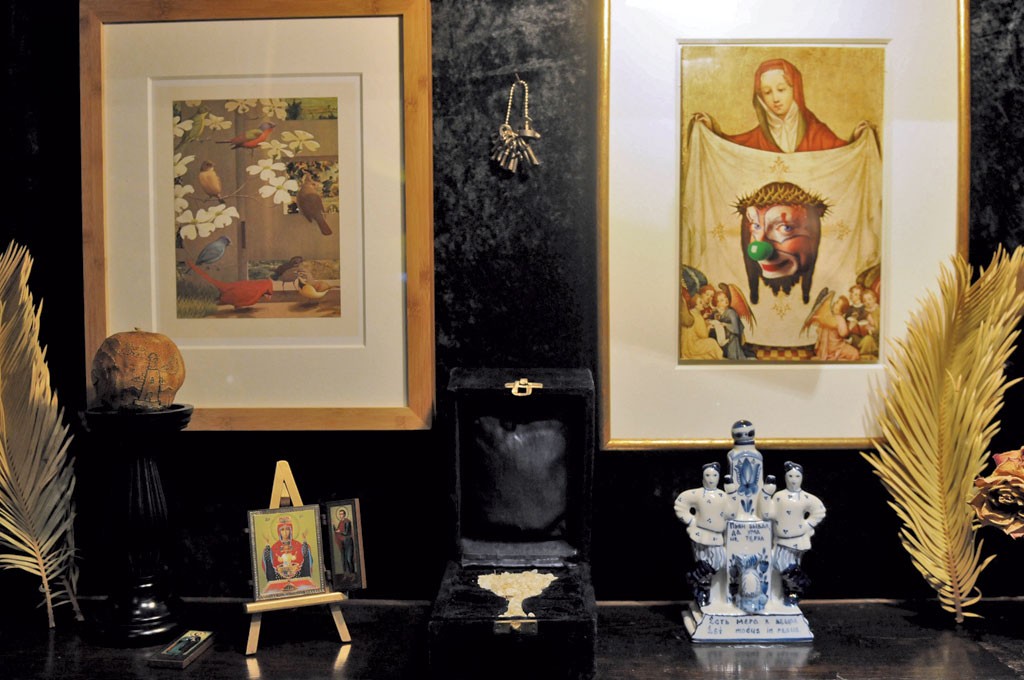 According to legend, the Russian monarch Peter the Great, while strolling along the wooded bank of St. Petersburg's Neva River one day, happened on a curiously misshapen pine. Deformed by a semicircular branch that extended horizontally, the tree's trunk reminded the tsar of the lock on a barn door. So astounded by this oddity was Peter that, in true royal fashion, he ordered it chopped down.

But the tsar's designs were not entirely destructive. An intellectually curious man who is generally credited with shepherding the expansion of the Enlightenment into Russia, Peter decreed that the deformed section of the tree be preserved, and that on the spot where it once stood be erected an enormous museum. That museum would house Peter's ever-growing collections of the wonders of the natural, scientific and artistic worlds. Thus was born the first public state museum, soon to be known as the Kunstkamera, which began amassing its collections 300 years ago. Today, its holdings include an astounding 2 million objects from all over the world: artworks, ethnographic documents, scientific instruments and medical oddities.

Now a more modest museum with a similar guiding spirit — Main Street Museum in White River Junction — is marking the anniversary of the Kunstkamera with a new exhibit. Formally titled "Kunstkamera: The Tricentennial Anniversary of the Peter the Great Museum," the show is far smaller in scale than any mounted by its namesake, but it embodies the spirit of the Russian museum in its eclecticism.

Assembled by Main Street Museum founder and director David Fairbanks Ford, the exhibit brings together works in many media by 23 American and international artists. It's a wildly varied selection that includes Petr Shvetsov's "heroic scale" painting, unfurled on the exterior front wall of the museum; Tunbridge artists Christopher Smith and Jeannie Harriman's curious sculpture that encourages visitors to see a tiny civilization inside a Scrabble game; and several works by acclaimed photographer Rosamond Wolff Purcell, a collector of oddments herself.

Ford can't pinpoint the reasons for his love of Russian culture, but it runs pretty deep, he says. He's as enthusiastic about Russian food as he is about Russian literature, so he was thrilled when, a few years ago, he was granted a fellowship by the Likhachev Foundation, a St. Petersburg-based cultural outreach organization.* Given a grand tour of the museum — even its storage areas — Ford came away astounded and inspired. "I was just honored to be considered a colleague, because I run a scruffy little museum," he says.

For years, the Main Street Museum has had an annual Russian-themed show, but this year's is a bit grander, as well as more culturally and artistically inclusive. "We're dedicating our show to peace, not just to the tsar and his great big guns," Ford says. Citing his wish to use his museum to counteract recent political unrest, Ford takes care to refer to the exhibit not as Russian but as "pan-Slavic."

Not all of the works in the exhibit are Russian. Another Tunbridge artist, painter Bunny Harvey, has been on the board of the Main Street Museum for years, and has contributed to this year's show a complex array of real and constructed artifacts.

A professor of art at Wellesley College, Harvey is best known for her paintings, some of them inspired by her keen interest in archaeology. That same interest guided her creation and curation of the objects that make up her "Kunstkamera" piece, which is presented as plunder from a fake archaeological site in Penobscot Bay. It includes shards of pottery, a constructed wire landscape and the skull of a goat whose "last dream" has been mysteriously preserved in physical form.

The collage-like piece, Harvey says, "is more in the spirit of how the assembly of disparate objects and the description of them influences the way you make connections between them. In that sense, it's just about what museums do, anyway."

The "Kunstkamera" exhibit even includes a small chunk of stucco from its namesake museum, thereby effectively turning the Kunstkamera itself into a museum-quality work of art. That kind of reflexive gesture is precisely the point, says Ford. Underneath its whimsicality, the exhibit asks challenging questions about the nature of museums and their roles in establishing the canons of art and history.

Like Los Angeles' Museum of Jurassic Technology, to which it is often compared, the Main Street Museum initially appears inscrutably irreverent. By giving equal weight to original artworks and plastic gewgaws, such institutions seem as if they're trying to upend the very notion of the museum as an official repository. Viewed from another angle, though, the Main Street Museum is devoutly faithful to the original intention not just of the Kunstkamera but of museums in general.

Strictly translated, "Kunst-kamera" means "art room." Over the centuries of its use, the term has acquired the connotation "cabinet of curiosities," which refers to a collection of unrelated anomalies — some authentic, some patently fake — that are, for one reason or another, interesting. That phrase describes the Main Street Museum just as aptly as it does the original Kunstkamera. "We're doing the same thing that they've always done in museums. Really, we're going back to the roots of museums," Ford says.

To collect, archive and display objects of significance, says Ford, is "a universal human impulse. The amazing thing is that I stumbled upon it by accident, not knowing what I was doing. People found it important to give me their baby teeth ... and other little artifacts."

What's behind this impulse to preserve and display the assorted objects of our lives? "We're all sort of afraid of our own mortality," Ford says. "We're trying to make sense of what we're doing while we're here to make our lives less meaningless."

It's one thing to read about historical events, but secondary sources don't convey the same sense of wonder as do objects themselves. A photograph of George Washington's grave might be interesting, Ford says, "but a leaf picked from the vines that grew from Washington's tomb in Mt. Vernon — that's almost like touching George Washington."

If he's correct, the artworks in the "Kunstkamera" exhibit may take their viewers to some very strange historical places indeed.

"Kunstkamera: The Tricentennial Anniversary of the Peter the Great Museum," through January at the Main Street Museum, White River Junction. $5. mainstreetmuseum.org

*Correction 07/20/14: An earlier version of this article misstated the source of Ford's fellowship; it was the Likhachov Foundation, not the Kunstkamera.