A Vermont Community Battles a Homeless Shelter for Vets 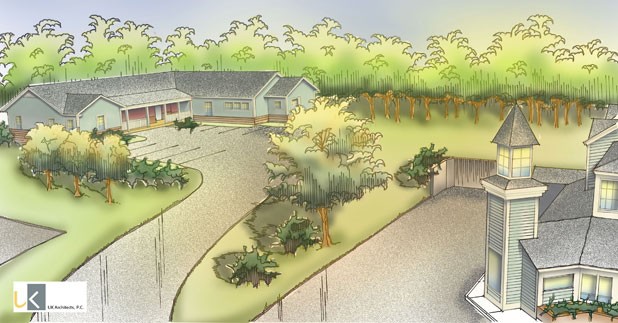 When Rhiannon Hutchinson moved to Vermont from South Dakota three months ago and began helping her employer plan a homeless shelter for adults, she never imagined the project would face stiff opposition. After all, the shelter, which would serve many homeless veterans, is just up the road from the Veterans Administration Medical Center in White River Junction.

"The kind of prejudice we're running into is the equivalent of what blacks in the Deep South used to experience," says Hutchinson, who works as development director for Upper Valley Haven in Hartford, a shelter for homeless families with minor children. "If you said about blacks what people are saying about homeless people, you'd be run out of town on a rail!"

In fact, since May 2005, Upper Valley Haven has been trying, unsuccessfully, to open a second facility for its single, adult population. That effort has been stymied at every turn.

In 2006, the nonprofit agency went through a long and costly process, including preparing plans and architectural drawings, to get a shelter built in downtown Lebanon, N.H. The local zoning board rejected the project on a 3-to-2 vote. Less formal efforts to find comparable locations in the Upper Valley have also fallen through.

Finally, in an effort to sidestep the NIMBY tendencies of local residents, Upper Valley Haven settled on a site in its own backyard - literally. It proposed converting a single-family home adjacent to its current shelter into a 20-bed, 6500-square-foot facility. The project received the endorsement of the VA, and was unanimously approved by the Hartford zoning board and the planning commission.

And then the neighbors stepped in.

Joe Alvin has lived in Hartford for more than 25 years; his wife, Marie, grew up in a house the family owns less than a tenth of a mile from the proposed shelter. In fact, until April, Marie worked at Upper Valley Haven, when her employer fired her for a "conflict of interest" - she was writing letters to the local paper in opposition to the project.

According to Joe Alvin, the "postage stamp" lot is just too small to accommodate the "lodging house" that's been proposed there. And he's hired the Burlington law firm Downs Rachlin Martin to represent him in his appeal to the state environmental court.

"They haven't made the case to us that the Town of Hartford even needs a shelter of that magnitude," Alvin contends. "It's the shelter that's going to eat the neighborhood."

Alvin cites many of the concerns that are often raised about facilities of this nature: Unlike the existing family shelter, this one would attract older and potentially unsavory characters, especially those who are more likely to have substance-abuse problems, mental-health issues and criminal records.

Tom Ketteridge, the managing director of Upper Valley Haven, doesn't refute those claims. In fact, he's got a pretty good idea who his clientele would be; he sees them every day, when they visit his clothing room or stop by the shelter for a shower or a bite to eat.

But according to Ketteridge, the Alvins and several other neighborhood opponents of the project have "the Hollywood version of homeless people in their heads . . . people with guns and knives, walking around with a bottle, stalking them in their driveways, peeping in their windows, and molesting their children."

As Ketteridge points out, there's never been a problem with the existing shelter - a claim confirmed by Hartford Police Chief Glenn Cutting - and residents of the adult shelter will go through a thorough screening process to ensure they're not a threat to the neighborhood. (Ketteridge emphasizes that known pedophiles will not be allowed to stay there.)

The new facility, he explains, would not be a traditional shelter where people can come and go as they please. The goal is to get them connected with various social services in the area, such as mental-health counseling and job training, so they can transition into an apartment of their own.

"We expect people who'll be staying with us to make a commitment to making changes in their lives," he explains.

For his part, Alvin questions whether there's much need for these services at all. His concern is that this bigger, adult shelter will become "a magnet" for transients throughout the region.

"I don't think there are that many homeless veterans in the Town of Hartford," he contends. "If you wanted to intake people from the entire Upper Valley, you might be able to find 10 homeless vets."

Jesse Vazzano, a social worker with the VA in White River Junction, challenges that assertion.

"I don't think any shelter becomes a 'magnet' for homeless veterans," she says. "The bottom line is that we have homeless veterans, and one way we can help serve them is to provide them with a stable environment where they can put their head every night."

Vazzano, who works on homeless issues for the VA, says that on any given night, there are about 100 to 125 homeless veterans without shelter in Vermont. Currently, the shelter nearest the VA is 44 miles away, in Rutland. National estimates put the number of homeless vets in the U.S. at more than 200,000.

Larry Daigle is president of the nonprofit group Friends of Veterans in White River Junction. He takes offense at the suggestion that the homeless problem isn't that serious in his area.

"Are you kidding? It's extremely serious," says Daigle, a Vietnam vet who was homeless for a short time himself. "I was pretty upset when I heard that [people] were putting up such a fuss about it."

Daigle, whose organization assists struggling veterans with an assortment of issues - from getting them counseling to paying overdue utility bills - says the problem is bad and getting worse as soldiers return from Iraq and Afghanistan.

"To me, it all goes along with this 'homeless veteran' label," Daigle adds. "They have this picture in their head of these really unsavory characters, and it's an insult to me and to other homeless people . . . There's nothing a veteran hates more than to ask for help."