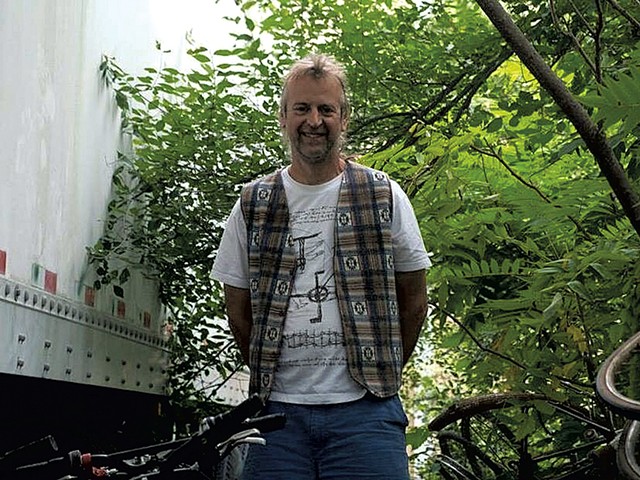 Tim Mathewson has a life mantra.

"Every time you ride a bike," he said, "you feel better."

That might seem like something Mathewson, owner of Little City Cycles in Vergennes, would and should say, considering that his livelihood depends on selling bicycles. But it's more than just talk.

About five years ago, Mathewson and Tanya Bashaw started Green Mountain Foster Bikes, a nonprofit that works with the state Department for Children and Families to get bikes to kids in foster care. The org has fixed up and given away more than 100 bikes. Each kid gets a helmet, an air pump and some chain oil to keep their two-wheeler serviceable for years to come.

"They have this relationship with a bike, and they can have those memories and experiences that kids have," Mathewson said. "Plus, you know, they can get on a bike and just go."

He sometimes gives bikes to people who aren't in foster care, such as a young man in Middlebury who he'd heard had to walk five miles to work.

Mathewson has plenty of inventory at this point, and the bikes are piling up in a field behind his North Main Street shop. He's on the hunt for a bigger location and found what he thought was a perfect place: a couple of buildings that are for sale just across the street, where he could run both his business and the nonprofit.

But the deal hit a roadblock. The state owns the land, which abuts train tracks, and leases it to the Vermont Rail System. Mathewson would need a sublease from the railroad, which, per its deal with the state, is only allowed to lease to businesses that would use the rail line, according to the rail system's general counsel, Peter Young.

Mathewson is still hoping for a positive resolution. In the meantime, he's planning to bring bikes to different locations this summer in the hopes of giving away several at a time.

It's in keeping with another one of Mathewson's adages: "There's no such thing as a bad bike, only a sad one that's not ridden."

The original print version of this article was headlined "Bike Parade"