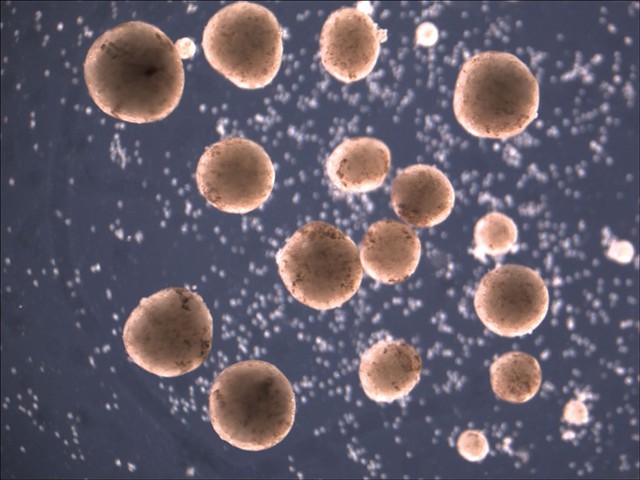 When University of Vermont researcher Josh Bongard and his colleagues in Massachusetts began working on a project to build robots using artificial intelligence and frog stem cells, one of their first challenges was communicating in a common vocabulary: Were they building biological robots, engineered organisms — or something entirely new?

Normally, scientists know whether they're working with a living creature or a machine. But since their collaboration began in the summer of 2018, Bongard and his fellow researchers — including computer scientists, roboticists, biologists, and a philosopher and biomedical ethicist — have grown accustomed to the ambiguities inherent in their work.

They've created what they call "reconfigurable organisms" in scientific literature and "xenobots" in mainstream press. The latter is a cheeky portmanteau of "robot"; Xenopus laevis, the frog species they use; and the prefix "xeno," meaning "alien" or "strange." Be they machines or organisms, xenobots move independently, are self-powered and self-replicate before they run out of power — or "die."

"Xenobots do a good job of cutting away at those distinctions," Bongard said in an interview. "For me, part of the fun of science is that new discoveries challenge our preconceived notions." 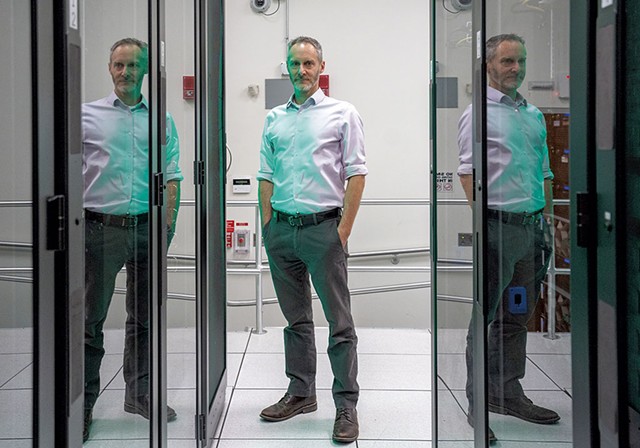 Bongard, 47, is a professor of computer science and director of the Morphology, Evolution & Cognition Laboratory at UVM. A celebrity of sorts in his field, Bongard is collaborating on the xenobots project with researchers at Tufts and Harvard universities. They include Michael Levin, a biology professor and director of Tuft's Allen Discovery Center.

Their goal has been to explore how AI can be used to design and build robots out of cells rather than conventional materials such as metal, plastics and computer components. These novel creations could be the prototypes for an entirely new class of autonomous organic machines. One day, xenobots could be used in cutting-edge medical therapies, as environmental cleanup tools and as tools to decode the mysteries of how cells function.

Xenobots also raise an important philosophical question: What is life?

The team's latest paper, "Kinematic self-replication in reconfigurable organisms," published last month in the Proceedings of the National Academy of Sciences of the United States of America, attracted considerable attention, both within the scientific community and from the mainstream press — with good reason. The paper describes using a supercomputer to design self-replicating robots out of living cells, a feat that immediately brings to mind scenarios like those in The Terminator or Jurassic Park. In fact, in the latter movie, it was scientists' use of frog DNA that let the prehistoric genie out of the bottle.

Notwithstanding Hollywood's scary-monster scenarios, xenobots are tiny, simple, innocuous organisms, Bongard said, as unlikely to escape from the laboratory and take over the world as a skin biopsy. Swallowing one or several would cause you no harm whatsoever.

What exactly are xenobots, and how are they made? As Bongard explained, researchers take about 5,000 genetically unmodified frog stem cells, then rearrange them into a new pattern that would never arise in nature.

One of the first surprises for the researchers, Bongard said, was the discovery that, once they rearranged frog cells, not only would the new cell grouping not die or revert to its natural shape, it would also retain its new form.

"We all learned in high school biology that frog DNA encodes frogs and human DNA encodes humans. It seems that's not the case," Bongard said. "Whatever genes are doing, it's more complicated than that."

In these experiments, the frog DNA remained unchanged. What defined the xenobot was not its DNA but how its cells were configured. "In xenobots," Bongard explained, "the shape ... dictates what a xenobot is going to do. It dictates whether it's going to replicate, how it replicates [and] what it's going to look like."

To find a shape that would create more xenobots, the team used a form of AI called an evolutionary algorithm, which was programmed into DeepGreen, UVM's Colchester-based supercomputer. It created a virtual environment, akin to a video game, using virtual cells it assembled at random. It then put that virtual xenobot into a virtual petri dish and watched what happened.

After testing numerous designs at lightning speed, the AI finally created a virtual xenobot that was adept at self-replication. This evolutionary process, which in nature would take millennia, took DeepGreen about a month, Bongard said.

"It's exciting. It's scary. It's a little bit creepy but also cool." Doug Blackiston tweet this

Blackiston then put them into a petri dish and watched what they did. At slightly less than a millimeter in diameter, each xenobot was visible to the naked eye and looked like a poppy seed that moved around the petri dish using its cilia, hairlike structures on its exterior.

As the xenobot moved, it accumulated loose cells in its environment, like a broom collecting dirt. A video posted on the Proceedings of the National Academy of Sciences website described the process thus: "A swarm of frog-cell parents push frog cells into piles that mature into self-moving 'children.'"

Because frog cells contain a small amount of yolk that powers them, each xenobot lasted about 10 days, after which the yolk was depleted and the xenobot stopped functioning.

But as Bongard pointed out, the second-generation xenobots are neither clones of the original xenobot nor its descendants in the traditional biological sense. While each cell contains a set of chromosomes and DNA, when a xenobot produces offspring, it doesn't impart its genetic material onto the next generation. (This is one reason the team uses the term "replicate" rather than "reproduce.") In fact, the DNA between a "parent" and "child" xenobot may be the same or different.

The project draws ideas from various scientific disciplines. Blackiston spent much of his career researching how life-forms morph from one form to another, such as how tadpoles become frogs and how certain animals regenerate limbs and organs. A butterfly researcher, he spent years studying how memory is carried over from caterpillar to butterfly. 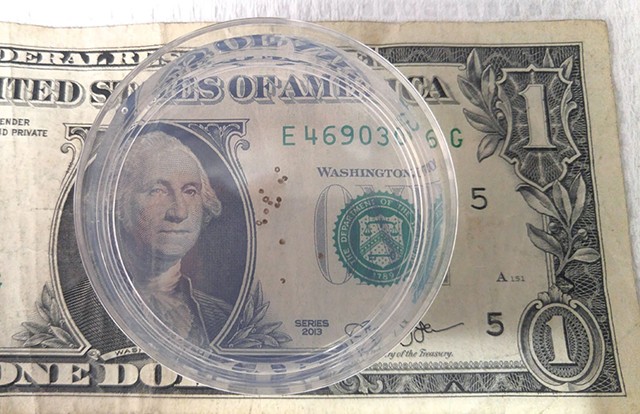 Blackiston, who had no prior experience in robotics or computer science before joining the team, said that the overwhelming response to the work has been "positive and huge." Why?

"It's exciting. It's scary. It's a little bit creepy but also cool," he said, "so everyone sees something in this project that they like."

Perhaps not everyone. Blackiston said his work has "enraged" some fellow developmental biologists, in part because of the terminology the team uses, such as describing xenobots as "biological robots," or "biobots."

"I've never heard a roboticist bat an eye when you call it that," he said. "They'll say, 'Who cares what the material is? I don't care if it's made out of wood or metal or cells. If it's something you design, it's programmable and it moves, it's a robot.'"

Even the word "organism" is problematic, he said, because biologists themselves can't agree on a definition. Some argue that an organism must have certain signatures of life, such as growth, metabolism and the ability to reproduce. But that definition immediately raises red flags, he said. A mule, which is a cross between a horse and a donkey, is sterile but still considered an organism.

Xenobot research also raises metaphysical questions, such as whether the team has created a new life-form and, if so, what ethical norms it should follow.

Jeantine Lunshof is a philosopher and ethicist at Harvard's Wyss Institute and a member of the research team. Though Lunshof is neither a biologist nor a roboticist, "I would use the term 'new life-forms,'" she said.

Lunshof poses ethical reality checks for the researchers, asking philosophical questions that other team members might not necessarily pose, such as: What are the larger implications of this research? What are the potential risks and harms compared to the potential benefits?

As a bioethicist, Lunshof said, she was acutely sensitive to the fact that this research became public in the midst of a pandemic, especially given speculation that the SARS-CoV-2 virus had escaped from a government laboratory. Early on, she inquired about biosafety and potential hazards should this material leave the lab. The team reassured her that it works with cells gathered at no harm to the frogs, which regularly shed these kinds of cells into the environment. 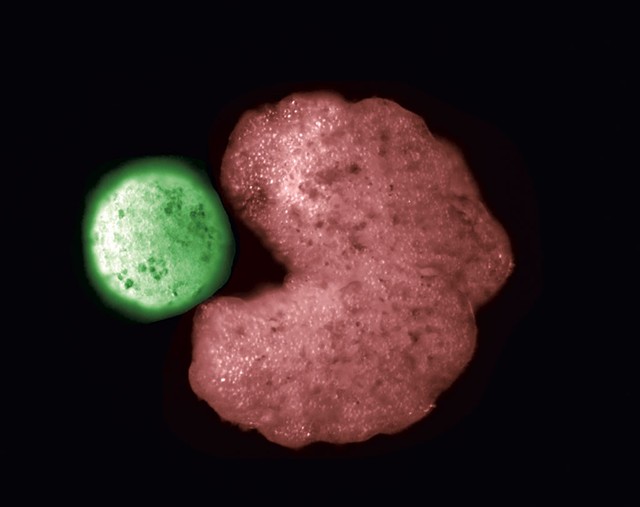 Nevertheless, some of Lunshof's colleagues believe that her involvement in the project puts her personal and professional reputation at risk. Social scientists have been particularly critical, she said, accusing her of "being in the wrong camp" and giving the research her ethical seal of approval.

"There is a very common misunderstanding that ethics is a justification process, that I give research legitimacy by not condemning it, which is completely wrong," she said. "As scientists and ethicists, we need to earn the trust of the public ... and we need to be good stewards of that trust."

To that end, if Lunshof were to see scientific decisions or practices that she found ethically unacceptable, she could bring them to the attention of the universities' institutional review boards, which must approve and oversee all research involving living creatures.

Lunshof also considers what society might forgo by not pursuing this kind of research.

Possible applications for xenobots are diverse, Bongard said. They could include cleaning up radioactive and other toxic contamination and removing microplastics from the oceans. His colleagues at Tufts and Harvard cited the long-term potential for developing cancer treatments, regenerative therapies for regrowing damaged organs and diseased tissues, and even antiaging and life-extending technologies. There's also interest in using xenobot technology to grow meat in laboratories rather than on factory farms, which could offer both environmental and ethical benefits.

Blackiston is intrigued by the potential to design xenobots for environmental use. Currently, if conventional robots break down or lose function, they pollute their environment with batteries, heavy metals and other debris. 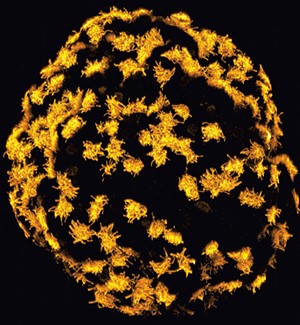 By contrast, xenobots could detect pollutants in waterways and study the root systems in hydroponic growing operations. They might coat the exterior of a decaying bridge and reinforce its structure, then biodegrade once the task is complete. Unlike drones or conventional robots, xenobots could perform their work without direct human or computer intervention.

For now, scientists are using xenobots solely for basic research. Bongard likened them to microscopes that eventually may help scientists better understand how cells communicate and what causes them to malfunction, as in cancer cells.

"As scientists," he said, "we don't have a good handle on the language of cells, what they say to one another and the conditions under which they change their tune."

Regarding the philosophical question of whether xenobots have crossed the threshold into a new life-form, "I'm not a biologist, so I'm not going to throw my hat into that ring," Bongard said. "Whatever xenobots are, they're putting more pressure onto our assumptions of what life-forms are."