A Trailside Bar Comes to Lyndonville 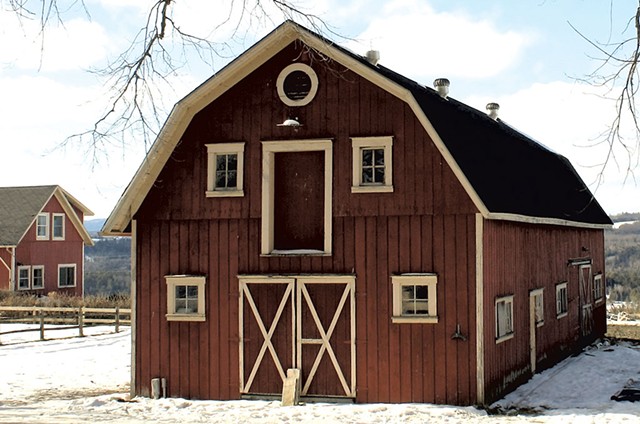 After a long day spent bumping over single-track trails at high speeds, many mountain bikers enjoy resting their muscles over a cold beer. In East Burke, Mike's Tiki Bar has become an après-bike mainstay since it opened at the base of Kingdom Trails three summers ago.

"[The Tiki Bar] is, like, the greatest thing to happen in the Kingdom in my lifetime," says Carrie Tomczyk, who co-owns Lyndonville's Village Sport Shop with her brother, Chris Hibshman. "Well, after Kingdom Trails, of course."

In 2014, Tomczyk and Hibshman opened a trailside satellite location near the Wildflower Inn on Darling Hill. This spring, they moved into a barn on the property and created a four-stool stopover bar they've dubbed Hub Brew Counter. They'll start serving beer later this month.

"My light bulb went off," Tomczyk recalls. "I'd always wanted to have beer at the [trailside] bike shop. Out west, that's happening all over the place."

Hub Brew Counter's tap list is still in development. "Our dream would be to have Hill Farmstead [Brewery beers] on draft," Tomczyk says. For now, it will include four draft beers and local kombucha, along with wine, craft cider and sunset views of Willoughby Gap.

A behind-the-bar grill press will be used to make simple dishes such as panini, and the Hub may host food trucks if the opportunity arises, the siblings say. But Tomczyk emphasizes that outdoor gear and service is her primary business.

"When we first came up with this idea, a lot of people were, like, Oh, you're opening another tiki bar! [But] I never wanted to be in the bar business," she adds. "We're primarily a bike shop — but then there's this little bar out back."