A Tower of Tapas

Side Dishes: Le Belvédère serves up tapas in Newport 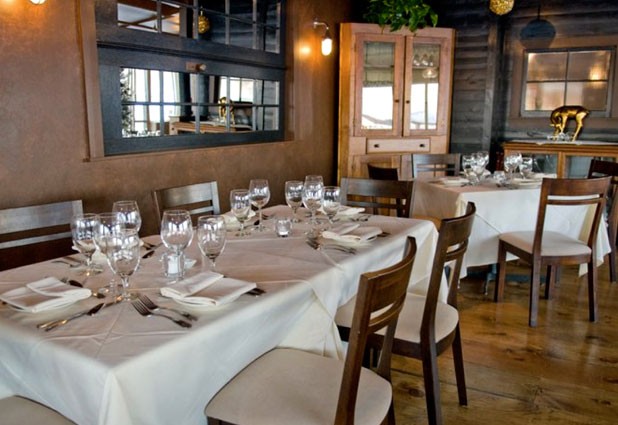 Chances are Newport has rarely seen the likes of pecan-crusted striped bass with an orange-tarragon butter, not to mention hamachi. But this spring, chef Jason Marcoux has been feeding Northeast Kingdom locals a creative roster of tapas, seafood plates and sushi.

Le Belvédère opened in the state office building along Newport’s waterfront in mid-February. The new owner — Dena Gray of the East Side Restaurant & Pub — purchased the defunct Boathouse Grill this winter and tapped her stepdaughter, Véronique Rancourt, as manager. The pair hired Newport native Marcoux as chef, and then the fun began: The trio remade the space with antiques, new hardwood floors, and a lounge with leather chairs and views of Lake Memphremagog.

Marcoux’s talent extends beyond using a hammer and paintbrush. At age 16, he was the youngest-ever applicant accepted into the New England Culinary Institute. After graduation, he interned in the kitchen of the Breakers in West Palm Beach, Fla., and spent more than a decade chefing at resorts in Maine, Idaho, Alaska and Jay Peak, Vt.

Initially, the group relied on old-fashioned channels to get the news out about their venture. “Word of mouth is really important up here,” says Rancourt. Now that the food is gaining a reputation, they’re getting busier each week. “A small town is always late to get the newest trends,” Rancourt says. “People are traveling an hour and a half to eat here.”

Dinner entrées include seafood and meat plates, such as diver scallops served with maple crème fraiche; a ginger-crusted, pan-seared ahi tuna with a wakame salad and wasabi cream; and a veal chop with rosemary mushroom demi-glace.