A Tipsy Brunch in Tunbridge; Oysters at Down Home Kitchen 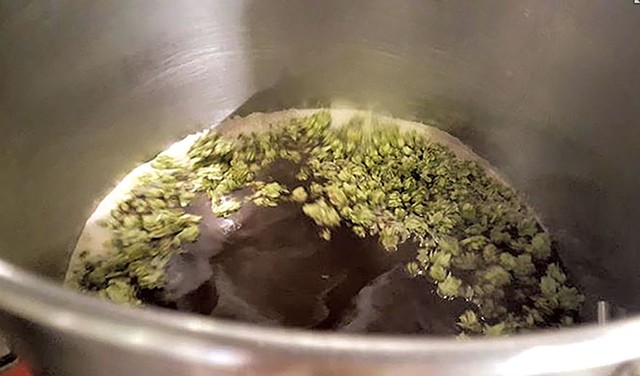 The brunch will include fresh, local eats from In the Road food-truck chef Spencer Cone, cold brew from Upper Pass' sister company First Branch Coffee, and a handful of Upper Pass brews including a citrus rye, double IPA, and cask-conditioned grapefruit IPA and coffee milk stout. The party will also offer brews from nearby Brockelbank Craft Brewing and Brandon's Foley Brothers Brewing.

Though the $25 brunch will mark the brewery's third release, its owners are viewing the event as an unofficial launch party. With a handful of beers now in production, co-owners Andrew Puchalik, Chris Perry and Ivan Tomek will be shipping their first wholesale kegs to restaurants including South Royalton's Worthy Burger, Woodstock's Worthy Kitchen and White River Junction's Big Fatty's BBQ next week. The brewery will also offer growler fills at the South Royalton Market sometime in December. Bottles and cans will follow this winter and beyond.

And that's just phase one, Puchalik tells Seven Days, noting that the brewery plans to up its capacity to serve statewide markets in the next couple of years.

In addition to Brawley's briny Sweet Sound oysters from Duxbury Bay, Mass., Jacobsen will be shucking Kumamoto and Shigoku oysters from Puget Sound in Washington. The kitchen will offer the bivalves breaded and fried from 5 p.m. until closing.