A Song Is a Song 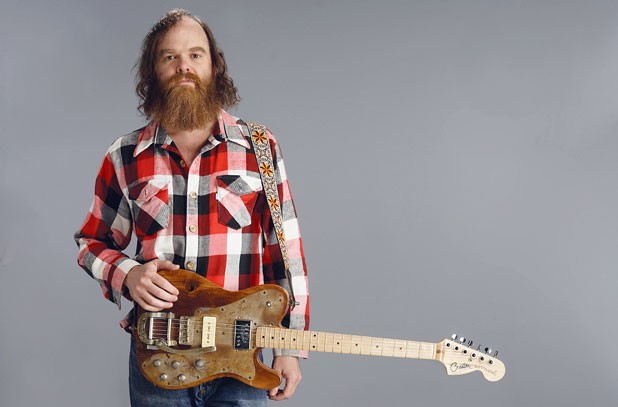 Just over a year ago and with very little fanfare, Vermont became home to one of the country’s more highly regarded songwriters, Anders Parker — what, you were thinking Neko Case? The one-time front man for Varnaline — a truly excellent band and a favorite of none other than Steve Earle — relocated to Burlington from New York City last July. Since that time, he’s put the finishing touches on four new records, two of which — the electro-pop Skyscraper and the sparse, acoustic Crow — will be released as a double album this Tuesday on Bladen County Records.

Seven Days recently caught up with Parker at a local coffee shop. What follows is the first of a two-part interview about his move to Burlington and the unusual creative process behind Skyscraper. Part two will appear next week.

SEVEN DAYS: What about Burlington set it apart from other potential landing spots?

ANDERS PARKER: A lot of different things. It’s a beautiful part of the world, first of all. It’s a known quantity to me. I’ve done that, moving to places I’d never been to before. But I knew Creston [Lea, Cave Bees] and other folks I knew tangentially through Mark [Spencer]. So I knew that there were things happening here other than the cliché of what it’s known for, music-wise. It’s a city, but it feels like a big town … There’s enough going on and enough not going on.

SD: You wrote Skyscraper in New York and called it your “love/hate letter to the city.” And you actually wrote the lyrics for the album riding the subways?

AP: The actual writing was kind of born out of frustration, because I couldn’t really play guitar in the apartment. So I just put on headphones and started noodling around with different software and sounds to program these sub-moronic drum beats and build stuff around that. It was more of an experiment that just grew until I was, like, “Wow. These are actually songs.” So at a certain point, I purposely wasn’t writing lyrics. I would finish the tracks and have melodies and would put them on my iPod.

I don’t know where the idea came from [to write on the subway]. But I rode it from Queens to Coney Island and back and wrote most of the songs. There was something about that motion and something about having the melodies that, I don’t know, it just kind of poured out.

I like the idea of setting parameters for yourself to work within. By limiting yourself, it makes you do things a certain way. Also, just being in the subway … images and ideas, just seeing what’s around and the energy of that … whatever. Not to get too “Lou Reed” about it.

SD: Have you used that type of process before or was this totally new?

AP: It was new, definitely. Sometimes words and music will come together. I mean, it happens all different ways. Lyrics first. Music first. But the actual thing of writing an entire song and having the production pretty much finished was definitely a new way of doing it for me. I kind of morphed from — I don’t know if it’s “old school” — but the guitar and a piece of paper and a pen at a desk. It was just something different to try to do. And it was interesting.

SD: With four records finished, what was the idea behind releasing these two together, specifically?

AP: For a little while I had the bad idea that I would release all four as, like, a four-CD set. Everything is so up in the air now in the record industry. Nobody knows what the hell is going on. So part of me was, like, “Well, does it really fucking make a difference?” But I kind of came to my senses.

The more “rock” record … I don’t know. Some people think it’s the best of the four of them. But I think there are songs I want to change or do different things with. And also, I don’t have a band right now. So I felt like I should sit on that.

And the other record, which is guitar instrumentals, is pretty esoteric. It’s not pop music and it’s not singer-songwriter stuff. So it’s got a limited audience and appeal. To me, it’s more a side of what I do that I just wanted to have recordings of.

But I thought these two records were good companion pieces. They’re very different from things I’ve done. But there is some sort continuity there. They match each other in some certain way.

SD: I suppose music-critic types like me would point to the contrast.

AP: Yeah. That’s the plain, obvious thing in what I intended. There’s a very handmade and delicate quality to Crow. And then Skyscraper, to me, was about … when you look at skyscrapers, they’re pretty much uniformly stacked. But there’s a certain beauty in that.

Also, there’s a reflection in the certain types of music that I play and that I listen to and find interesting. So there’s an intrigue with that and an intrigue with technology. But ultimately it’s just music. A friend of mine said, “I don’t usually listen to this type of music.” And I hadn’t really thought about it in that fashion, like, “What type of music is it?” I mean, I know what it is. But I don’t think of it that way anymore. A song is a song.

SD: Well, if you did think about it that way, like, “I’m going to set out to make an electro-acoustic record” … it would probably suck.