'Psychiatric Survivor' Wilda White Says She Is Ready to Lead 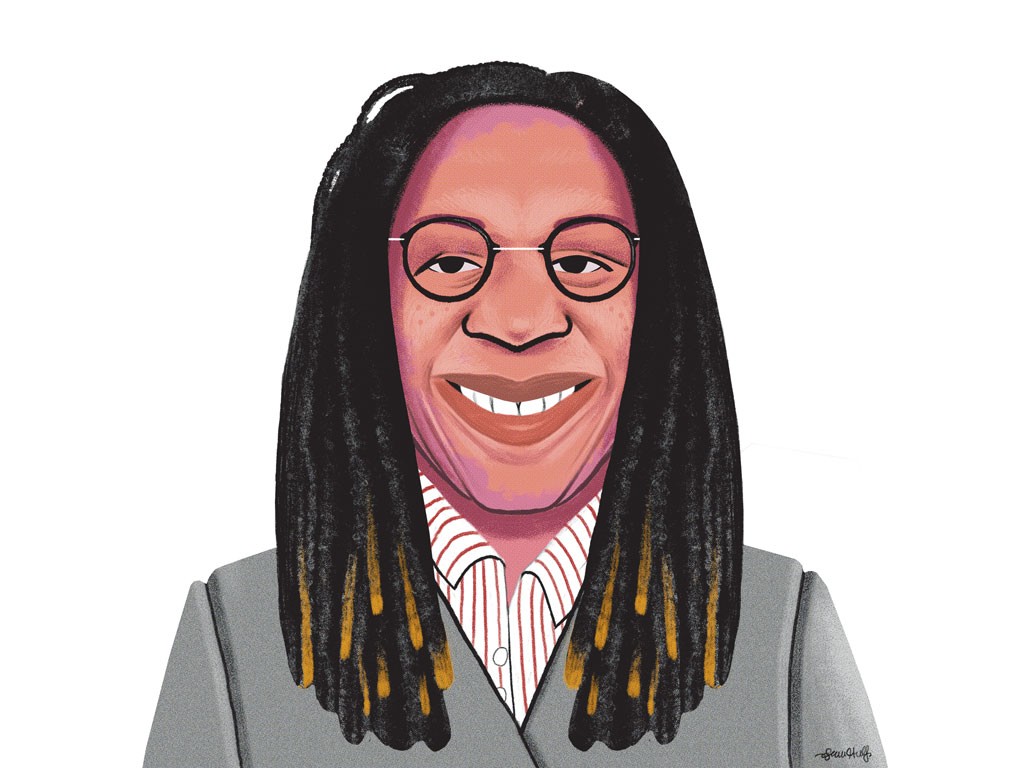 Three years ago, Wilda White was living her West Coast dream. For the 57-year-old African American, that meant working as a public-interest lawyer — a lifelong passion — wearing shorts year-round and living in a gay-friendly community.

But her life became a nightmare in 2012, she said, after a psychiatrist diagnosed her with attention deficit hyperactivity disorder and prescribed a stimulant to treat it. White said the medication triggered a psychotic episode.

"She was making decisions out of mania. She got herself in some pretty deep water," recalled Carolyn Kahn, a friend who still lives in San Francisco, where the episode took place.

White lost her job as executive director of the Thelton Henderson Center for Social Justice at UC Berkeley School of Law. She blew through her savings in an unsuccessful quest, induced by her mental illness, to start an alternative law school. She broke up with her partner. She gave up a rent-controlled apartment on Telegraph Hill in San Francisco with spectacular views and precious parking. She ended up living in the office she "foolishly" leased for her law program.

White was still camping out there — with no kitchen and a bathroom down the hall — when she regained her health last fall. She had stopped taking the triggering medication, dextroamphetamine, and listed other factors that contributed to her turnaround: the passage of time, her own toughness, "the unique therapeutic alliance of a psychiatrist and a psychotherapist," and the renewed love of her partner.

"In the course of trying to figure out what had happened to me, I went on the website Mad in America," recounted White. A job listing caught her attention.

Vermont Psychiatric Survivors, a Rutland-based nonprofit, was searching for an executive director. Its mission is to empower and protect the civil rights of people who have been "labeled as mentally ill." The group promotes self-determination of treatment and opposes forced medication.

White was intrigued that the organization specified applicants should have "lived experience." That meant the manic state from which she had just recovered wouldn't be viewed as a liability.

She applied and had two interviews with a hiring committee via Skype, then came to Vermont for a third. She said she hadn't planned to take a job in the East but found she liked the people at Vermont Psychiatric Survivors. "This was an organization that had a lot of assets, but was going through a traumatic experience," she said.

In the spring of 2014, the board had forced its executive director of 15 years to resign. Linda Corey said she was dismissed because of dissatisfaction with her financial management.

Corey's dismissal surprised the mental-health community. Earlier in 2014, she had received an award for her work to empower people whose voices often go unheard. Her firing seemed doubly harsh when, on her last day, Corey suffered a stroke and never recovered, dying five months later.

Later, the board made another controversial decision — to change the organization's name to Vermont Peer Services. It argued that the new name would promote the idea of people with similar experiences helping each other. Members of the organization revolted at the sudden rejection of its historic name, so the board reversed itself.

That impressed White. "I can work with an organization that can listen and change its mind," she said. And she liked the name: "It describes my experience in a powerful and accurate manner." Too often, she suggested, episodes of mental illness end up defining people. "I don't believe being diagnosed with a mental illness is a life sentence," she said.

White impressed the board, too, and she got the job.

Board president Marty Roberts said White has energy, a commitment to the organization's mission, financial management experience, advocacy skills and a vision. For this group, her past manic episodes were seen as an asset.

"It is so important that our new director understand what it is like from the inside to struggle with a mental-health challenge," Roberts explained. "When we asked Wilda during her interview to talk about the marginalization that people with a mental-health challenge can experience in the world, she answered with an example from her own experience — which told us that she understood."

White said that by taking the job, she is beginning a new life. She knows a lot about making new starts. One of six children in a military family, she had lived in Arkansas, Germany, Massachusetts, Illinois and Pennsylvania by fourth grade.

She chose to attend the University of Vermont, she said, to be near a boarding-school sweetheart who had returned to South Burlington. White majored in Latin American studies, graduating in 1980. Next, she obtained a law degree from the University of California Berkeley. She headed back east and worked for the Legal Aid Society in New York.

She moved to a private law firm in San Francisco in 1985 to litigate insurance and civil rights cases. She returned to the East Coast for a master's in business administration at Harvard College, followed by a year as a writer and assistant city editor at the Miami Herald. Returning to California, White worked as a management consultant. She returned to law, practicing at private law firms until she landed at the Thelton Henderson Center.

Her private life zigzagged, too. In 2001, a psychiatrist she saw for depression prescribed light therapy, which, she said, "made me manic." She recovered, she said, but not before her illness got her in trouble with colleagues on the Oakland school board. Then-mayor Jerry Brown had appointed her to the panel in 2000.

Newspaper accounts say White organized a trip for high school students to visit civil rights landmarks but at the last minute tried to shrink the group. White's explanation, according to news reports, was that some students failed to earn the right to go because they turned in grammatically flawed applications and fell short of fundraising targets. The head of the school board accused her of acting inappropriately.

She was in the grip of another manic episode in 2013 when she was fired from the law school. She sued the school, alleging racial discrimination. She also sued a law school dean for defamation. According to a court document in the defamation case, law school officials explained that White's dismissal was based in part on a public outburst at a gala for prospective African American students. The court document said she warned of racial and sexual hostility at the school and urged the students to attend the new law school she was trying to establish. Both cases, plus a lawsuit against her psychiatrist, are pending.

"Both incidents grew out of manic episodes that were caused and exacerbated by psychiatrists," White said.

Roberts said White told the VPS board about both episodes. "We appreciate her openness, and we trust that she can manage her own health and wellness," he said.

White started as executive director of Vermont Psychiatric Survivors in July; a September 21 open house is planned to introduce her. She took over just as the organization sustained another blow. The Department of Mental Health cut its funding by $200,000, forcing the group to eliminate three positions. The state also reallocated $73,000 to other organizations for education and counseling services that VPS had been providing.

That leaves Vermont Psychiatric Survivors with a staff of 10 and $521,000 in state funding this year. It receives another $20,000 from United Way. The state money pays VPS to provide regional support and educational services, to represent psychiatric survivors in policy-making discussions, and to publish Counterpoint, a quarterly newspaper focused on mental health.

Roberts said the funding cut showed a loss of confidence by the department. "The only thing we can do is work to build trust again," Roberts said, adding, "We have hired a leader whom we believe can help us do that."

White has the look-you-in-the-eye confidence of a litigator and the professional polish of someone used to sitting in a boardroom. Her hair, carefully styled in dreadlocks, and her black designer suits say "power" without shouting.

Her athleticism — she enjoys hiking, biking and skiing, as well as squash — also hints at the energy she will bring to her new job, said the California friend who met White at a sports club eight years ago. "She has this laser-like focus in all that she does," Kahn said. White treks to Dartmouth College three times a week to play squash and will participate in the national women's team Howe Cup championship in November.

Her assertiveness was clear as she spoke of the challenges of her new job. "The Department of Mental Health, they do give us money, but they don't get to call all the shots," she declared. "I don't want us to be so vulnerable. Part of my goal is to make the organization sustainable." Diversification of funding is a priority, she said.

She also wants the group to take stands on federal and state legislation, pressing for more housing options for individuals after they leave psychiatric hospitals and campaigning for alternatives to psychotropic drugs that have serious side effects.

"So far, my sense is the state has decided not to put its resources into some areas that are needed," she said. "If our value is 'We all deserve shelter,' then we have to put our money there." She also cited the problems people have getting in to see psychiatrists. "There should not be waiting lists to see doctors," she said. "And I think it is inhumane to keep people in emergency rooms," she added, referring to the long waits some patients in crisis face because of a shortage of psychiatric beds.

Does she have unrealistic expectations when the state has chronic revenue shortfalls? "I really believe when people see injustice, they will act," White said. She added, "I lived to see gay marriage. That gives me a lot of hope."

Rep. Ann Pugh (D-South Burlington) heads the House committee that reviews the state's mental-health needs. She has yet to meet White but said an organization such as Vermont Psychiatric Survivors provides lawmakers "with a valuable perspective on how state policies and laws are translated into actual practice."

White promised that the organization's reboot will include development of an agenda for the 2016 legislative session.

White has also made a promise to herself — to live a balanced life despite the challenges of her new position. She is hopeful that her longtime partner, Elise Ficarra, a teacher and poet who has seen her through ups and downs, will relocate to Vermont soon. They are engaged.

It is important as the leader of an organization to model healthy living, she said: "To be involved in work helping other people get well, you yourself have to be well."