A Personal Tragedy Inspires Starksboro Couple to Help Others 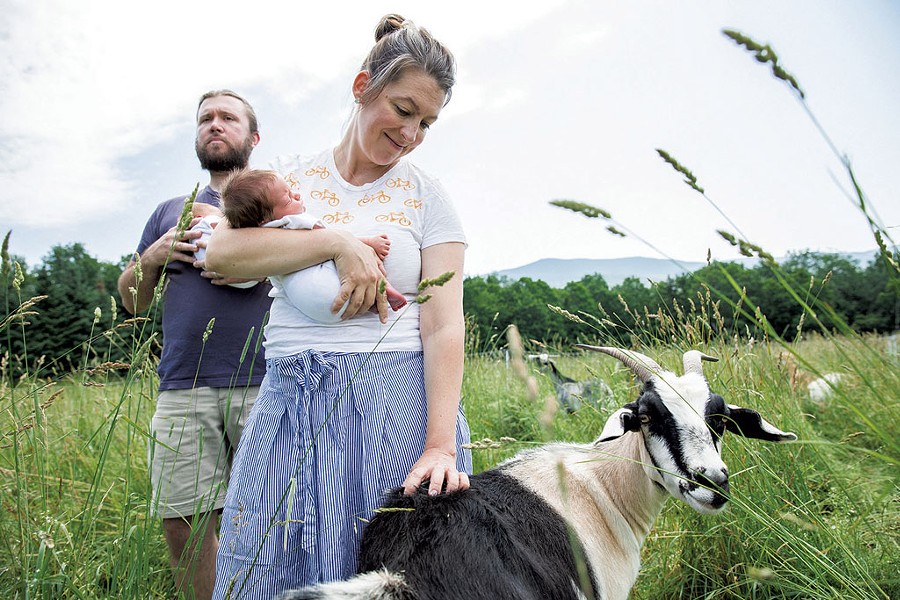 A personal tragedy inspired a Starksboro couple to help others.

Lisa Burritt Drinkwine and her husband, Keith, lost their first child in 2018. Josephine, as they named her, was stillborn.

But her memory lives on through a fundraiser the couple started last year. After seeing a plea on Front Porch Forum for warm winter clothes for kids at the local school, Robinson Elementary, the couple decided to grow and sell pumpkins at their Flatlander Farm and use a portion of the proceeds to pitch in.

"We just thought this would be so fabulous to remember Josie, and it would be really fun and it would just make us feel really happy," Lisa said.

Last year's initial crop only yielded about 15 pumpkins, Lisa said, but they were able to raise a couple of hundred dollars from people who donated extra. With the cash, the couple bought about six winter coats, three pairs of snow pants, a pair of winter boots, and several hats and mittens.

This year promised a bumper crop: approximately 70 pumpkins were ready for sale. But the day after Halloween, the couple returned home to find that many pumpkins had been stolen from the farmstand at the end of their driveway. They had raised just about $100 by that point, well below last year's haul.

"It was kind of a bummer they felt entitled to that," Lisa said of the thieves. "It would have been different if they had talked to us."

After posting about the thefts online, Lisa said, the couple heard from friends and neighbors who wanted to support the cause. They're now hopeful that they can supply even more winter gear than they did last year. That's especially important during the pandemic, when people are out of work or otherwise short on cash.

"It feels nice to help people in need," Lisa said. "I think Josie would be happy."

More reason to be happy: Lisa and Keith had twin boys in June. Lake and Bartlett just turned 5 months old.

"We're blessed with these two little babies we have now," Lisa said.

Want to get involved? Email info@flatlanderfarm.com.