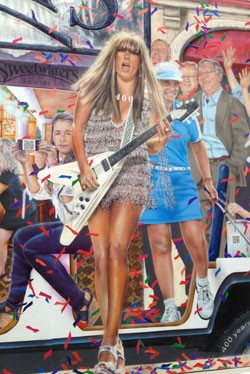 A new year is not unlike a new pair of shoes. Just out of the box, it is sparkly clean and smells of fresh leather. Or something. But much like new shoes need to be scuffed up and broken in before they feel right, a new year needs to be lived in a little before you can truly get a sense of the mysteries it may have in store.

Now that we’re a solid week-plus into 2013, it is time once again to gaze into the mirror ball — this is rock and roll, we don’t do crystal — and glean what we can about the year to be. While some of these predictions contain a nugget of truth, most are meant to be lighthearted — don’t read into them too deeply. After all, in the six-year history of this column, we’ve yet to get a single prediction right. So, on that note, here’s what to expect from local music in 2013.

The print version of this article was headlined "Forward Thinking".