A Norwich Prof Chronicles His Search for Edward Abbey's Grave 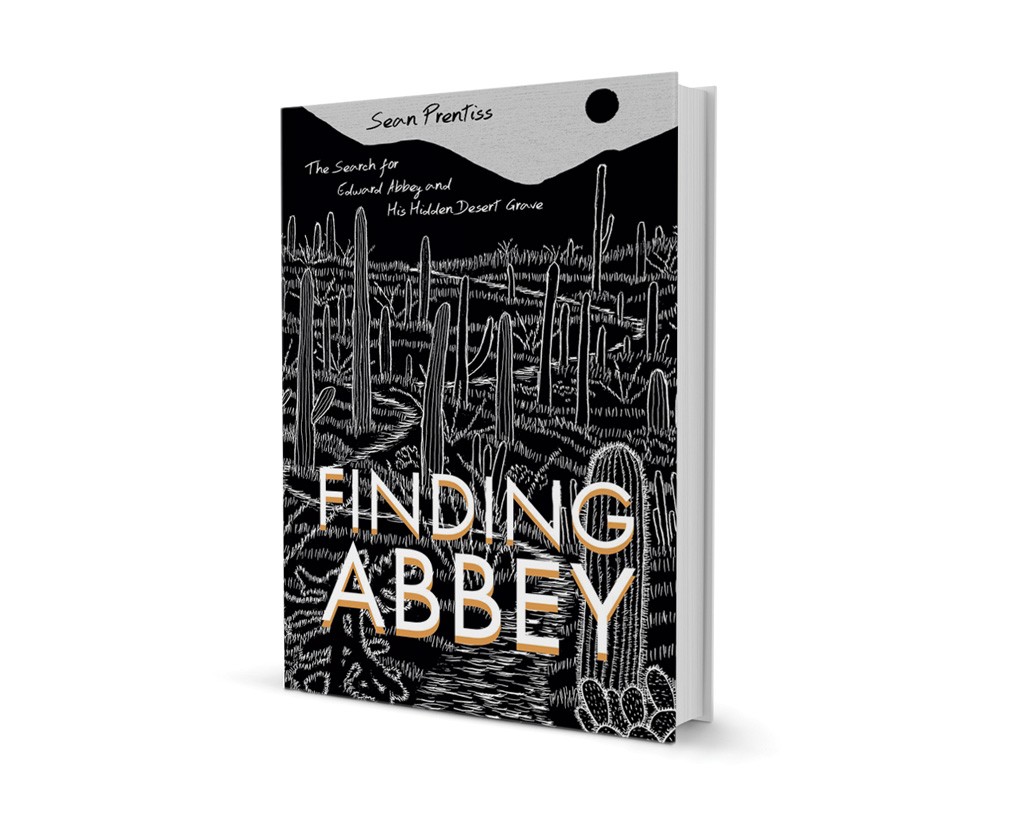 When he died in 1989, environmental writer and activist Edward Abbey left behind a complex legacy. A vociferous proponent of keeping wild spaces wild, Abbey would occasionally toss empty beer cans from his car as an act of "civil disobedience." An outspoken critic of overpopulation, he fathered at least five children.

Even in death, Abbey has continued to vex his many admirers. Following his dying wishes, several of his friends buried him in a secret, remote spot in the southwestern desert that he loved so much. 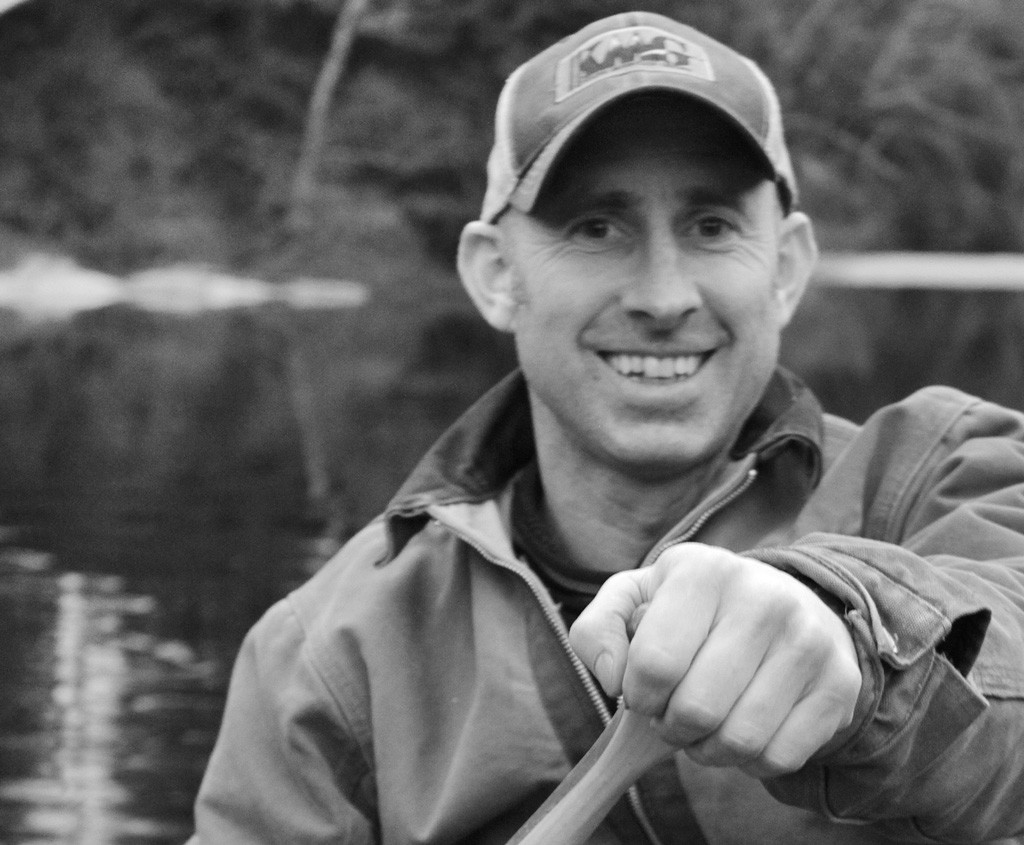 Undaunted by the integrity of that vow of silence, in 2009, Woodbury writer Sean Prentiss, 42, set out on a wild search for Abbey's desert burial site. His lively and thoughtful account of that search is the subject of his first book, a memoir called Finding Abbey: The Search for Edward Abbey and His Hidden Desert Grave.

Prentiss, who teaches writing at Norwich University, has long been inspired by Abbey's prose and by the strength of his opinions. Indeed, he says, it was Abbey's book Desert Solitaire: A Season in the Wilderness that inspired him to become a writer. "[Abbey] wrote in a way that my friends and I talked," Prentiss tells Seven Days across a windowside table at Bagitos Bagel and Burrito Café in Montpelier. "He was angry about things, he was funny, he was lustful, he was adventurous. Not always the best person, but, for a 21-year-old kid [reading his works], he was alive and full of energy. He also saw the land in a way that made sense to me."

The spine of Finding Abbey's narrative is Prentiss' quest for Abbey's grave, a task the author undertook over several years by conducting interviews and exploring the western locations that had been important to the environmentalist. Yet, as Prentiss stresses both in his book and in conversation, finding the burial site was not a holy grail or an end in itself. "Had I googled most of the things in this book, I could have found them," he says. "But there's no interest in that for me. I don't care about what happened. I care about what occurs when I try to figure out what happened."

What happened, as the author recounts engagingly, was that he tracked down several of Abbey's former cohorts — all of them cantankerous, some of them initially deeply distrustful of Prentiss' intentions. The Vermonter's conversations with the keepers of Abbey's last secret are highlights of the book, as they vividly and often humorously explore the conflict between Abbey the Radical Environmentalist and Abbey the Fallible Man.

Prentiss infuses his writing with self-reflection. Finding Abbey is less about the author's search for the grave than it is about his coming to terms with his own understanding of the natural world. Even more compellingly, the book is about Prentiss' struggles to reconcile the stark contradictions that render Abbey at once fascinating, admirable and a bit loathsome.

Even for readers unfamiliar with Abbey or his writings, Finding Abbey's insights into this problematic man are compelling. For instance, Abbey was famous for advocating "monkeywrenching": acts of eco-sabotage that often entail the destruction of private property. Prentiss' measured take on monkeywrenching reflects his view of Abbey in general: noble yet foolish, wise yet thoughtless.

Prentiss' search for Abbey's burial site was guided as much by hunches as by research. The leading theory about the location of the grave placed it in the Cabeza Prieta desert, a vast swath of Arizona that runs along the Mexican border. But with only the vaguest clues, and Abbey's compadres still tight-lipped after 25 years, the spot did not lend itself to being found. Even identifying the desert where Abbey rests didn't offer much help: The Cabeza Prieta covers some 860,000 acres, and Prentiss and his friend Haus gave themselves only a few days to scour the unforgiving landscape.

In a lovely passage near the end of the book, Prentiss reveals — yet does not reveal — the area where he and Haus decided to conduct their search. As he puts it in conversation, the reader "gets a little bit blindfolded and spun around" by a series of short paragraphs that conceal as much as they disclose:

As we drive toward Ina Road, we realize that our clues are wrong. So we weave our way up and over Mount Lemmon to Oracle, wait, no, to Wolf Hole ... Or maybe we leave the Cabeza Prieta and drive all night with the hammer down, sneaking into Arches National Park at dawn ... Or he's buried, we realize, at Dead Horse Point, overlooking the Colorado River.

Here Prentiss finds a creative, memorable way to evoke the mysteries of the desert — and of Abbey — while refraining from giving away the grave's location, lest he violate Abbey's trust by leading readers there.

A similar spirit of trust prohibits Seven Days from revealing whether Prentiss found Abbey's final resting place. (In the words of Abbey's tombstone, close-up photos of which had leaked before Prentiss began his quest: "No Comment.") As Prentiss argues convincingly in his enjoyable and contemplative book, the most rewarding searches are the ones that have no clear objectives.

I've never met Abbey. Before yesterday, I'd never even met any of his friends. I've only known Abbey through his written words that ring off the page. Still, I long ... to keep Abbey's spirit alive, to keep him a part of this American world. America needs Abbey's ideas now because we're stuck in a slow slide to the suburbanization of our lives. We've tamed everything from our land, to create those hollow suburbs, to our voices, where we talk and write in whispers so as not to offend our neighbors, to our actions, where we sit behind our desks hour after hour, day after day, waiting for someone, anyone, to do something to shatter the routine. But nobody does. We have become a tamed people, and we need Abbey's divergent perspectives to challenge our slow descent. Abbey has taught me, and so many other readers, so much of what I know, so much of what I think, so much of what I believe, so much of what I try, but too often fail, to live. He's an elder, a mentor of sorts, even if flawed. He has guided me, in many ways, through so many of the deserts I've encountered in my thirty-eight years.

The original print version of this article was headlined "Abbey Road"