A New Place to Buy Vintage Pops Up in Burlington 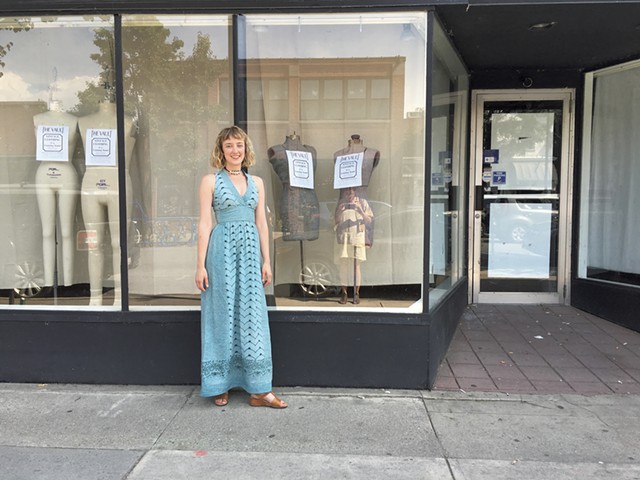 Groton-based Ruth Meteer just signed a six-month lease to open the Vault Collective, which will present multiple vintage clothing retailers under one roof. It's the second such establishment for the 36-year-old entrepreneur, who opened her first in 2014 in Providence, R.I.

Burlington's Vault will open with six vendors, including Meteer's Etsy business, Gypsy Vintage & Designer. She hopes to add at least four more over the duration of the lease.

The half-year term, which was negotiated at a reduced rate, benefits both owner and occupant. Because, as proprietor Robert Quinn says, "A vacant space is an unhappy space." And, with next-door neighbor the Green Life closing at the end of August, the new venture will keep the building from going completely vacant.

Quinn, who lives in Wilmington, N.C., was surprised to see the storefront sit empty for as long as it did. "It's never been vacant for more than a month," he says.

A short-term lease also benefits Meteer; it will give her time to see if the collective can generate sufficient revenue to sustain market-rate rental prices in the future. Pomerleau Real Estate lists the 3,350-square-foot property at about $20 per square foot annually.

Meteer also opened the Rhode Island Vault Collective with a six-month lease. The venture proved successful, and last year she signed on for a longer stay. Meteer is confident she can achieve similar results in Burlington, she says.

The Vault's lineup so far includes a mix of Etsy and brick-and-mortar dealers, all of whom, Meteer notes, "have highly curated collections that are on trend and wearable."

She points out that quality and sustainability are also important. "Everyone wants sustainably made clothing," Meteer says, adding that buying vintage sidesteps "new environmental costs." 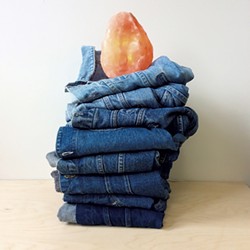 Each vendor has a different twist on vintage. Meteer focuses on 20th-century garments with a bohemian vibe. Project Object Vintage has a 1990s aesthetic with an emphasis on natural fibers, while Billie Jean Vintage leans toward the 1950s. Gold Seam Vintage, Meteer says, carries "very unique show-stopper pieces." The Getup Vintage focuses on "cute prints" from a range of decades. Lakeview Goods carries more menswear. And they all sell Levi's — lots and lots of vintage Levi's.

Each seller will work a few shifts a month at the store. "It's a good time for them to meet their customer base and see which items are selling," Meteer says. She notes that the model serves as a big boost for participants in the Rhode Island collective.

"It's a solid part-time salary for most of the dealers, and for some of them it's full time," Meteer continues. "I feel like I've helped [turn] 10 microbusinesses into viable small businesses in Providence."

Sam duPont of Project Object Vintage splits her time between farming and selling clothes through pop-ups and Etsy. She recently lost her space in the now-defunct Brickwork Art Studios and has since relocated to a smaller space in the One Lawson Lane building, above Magnolia Bistro.

"I love vintage, but I also love farming," duPont says, "and this allows me to do both. After looking for studio space in the city, I realized I could never afford a storefront myself. So this is a really great alternative. It's a really great way to have a physical presence downtown."